Greenhouse gases are the main cause of global warming and the consequent climate change. However, do you know what gases produce the greenhouse effect and where do they come from? 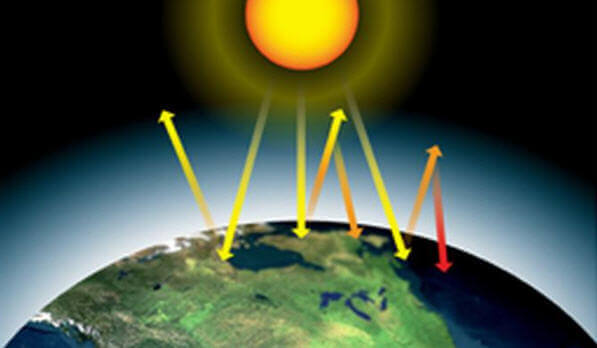 What is the greenhouse effect

The greenhouse effect is the effect that occurs when the heat from the solar radiation that reaches the surface of a planet can not return to space. The heat that comes to us from the sun is produced by infrared light. When this light reaches the surface of a planet (such as Earth), it heats its surface. Under normal conditions, this heat later returns to space, which allows the temperature of the planet in question to remain stable.

However, when a planet has an atmosphere, there are certain gases, the so-called greenhouse gases, that act as a shield for that heat to return to space. That is to say, the infrared radiation that has heated the surface of the planet bounces and goes towards the space but, in its path, it encounters certain gases in the air that trap it and prevent it from reaching the space. Consequently, the temperature of the planet in question will increase steadily, since these gases when present in a high amount in the atmosphere of a planet end up constituting an authentic shield that prevents heat from returning to space.

This is what happens in a greenhouse, when a crop is covered with a plastic or glass, this element prevents solar radiation from bouncing and escaping from this room. Consequently, the temperature increases, which allows that some plants can be grown that need a higher temperature and that, in reality, in certain seasons would not occur naturally. Due to the similarity of the process that exists between the effect of heat that occurs in greenhouses and the process in which the heat of the sun is trapped in the atmosphere of the planets, this process is called “greenhouse effect”.

Relationship between the greenhouse effect and global warming

Although both are related to each other, it is important to understand that they are different things. The greenhouse effect is the effect that we have just defined. Likewise, global warming is the consequence of this greenhouse effect. That is, because the greenhouse effect ends up accumulating in the atmosphere of a planet the heat of the sun, there is an increase in its global temperature, which is what is understood as “global warming” as such.

In fact, global warming will lead to catastrophes for human civilization, such as rising sea levels (with the consequent destruction of coastal cities and territories), periods of drought and floods that in turn will lead to the loss of crops, as well as a destruction of a large part of the biodiversity of the plants that are used not only for food, but also for the preparation of medicines and other products related to the economy and human activities.

As you can see, it is a completely apocalyptic and catastrophic scenario. However, unfortunately, they are the consequences that global warming will have when climate change becomes extreme. Because of this, it is essential to attack at root its main cause: the greenhouse gases discharged into the atmosphere by human activities.

Greenhouse gases are varied and, although not all of them have their origin in human activity, those that are influencing the greenhouse effect more since the Industrial Revolution today are of anthropogenic origin. Therefore, it is essential to replace those activities and human processes that produce them by others that are free of emissions of these gases.

It is by far the most greenhouse gas that has increased in recent centuries in the atmosphere. Its origin is in the breathing of animals, including human beings. However, the great problem of carbon dioxide comes from combustion, since when fossil fuels are burned (coal, oil, natural gas, etc.) enormous amounts of this greenhouse gas are released into the atmosphere. The main way to avoid this is to replace these energy sources with renewable energies that do not involve CO2 or carbon dioxide emissions, such as solar energy (solar thermal and photovoltaic), wind energy, hydropower, tidal power, geothermal energy, etc.

Methane is another of the gases that contribute to producing the greenhouse effect. This gas is produced naturally by the putrefaction generated by anaerobic bacteria. In fact, animal droppings are an important source of this gas, which also forms most of the natural gas that is used as a fossil fuel. The main methane emissions of anthropogenic origin come from the livestock industry, since, since there are billions of animals destined for meat consumption, these animals produce excrement that, besides being a problem for aquifers, also produce high quantities of CH4 or methane that is released into the atmosphere without control.

Nitrogen oxides are a set of different types of gases that result from the combination of nitrogen and oxygen as a result of combustion. Its main origin is found in the combustion of fossil fuels and their derivatives, such as gasoline and diesel.

This type of gases result from the combination of different types of molecules formed by hydrogen, fluorine and chlorine. They have been widely used in products that were packaged in aerosols (insecticides, hair sprays, synthetic paints, etc.). In addition to being greenhouse gases, they also have a considerable detrimental effect on the ozone layer, which is why they are increasingly disused, since they can be easily replaced by other gases that allow the use of aerosols with similar uses but not harmful to the environment.

Although it may draw attention, ozone is also a greenhouse gas. Ozone is widely known for the ozone layer, which protects us from excess solar radiation and is a fundamental element of our atmosphere to ensure the survival of life on Earth. In the case of ozone, it can be produced artificially by humans, and its use is limited, almost exclusively, to the disinfection of water. Despite being a greenhouse gas, its presence due to anthropogenic causes is so low that it can not be compared with other gases that are really dangerous for global warming, such as methane and CO2. 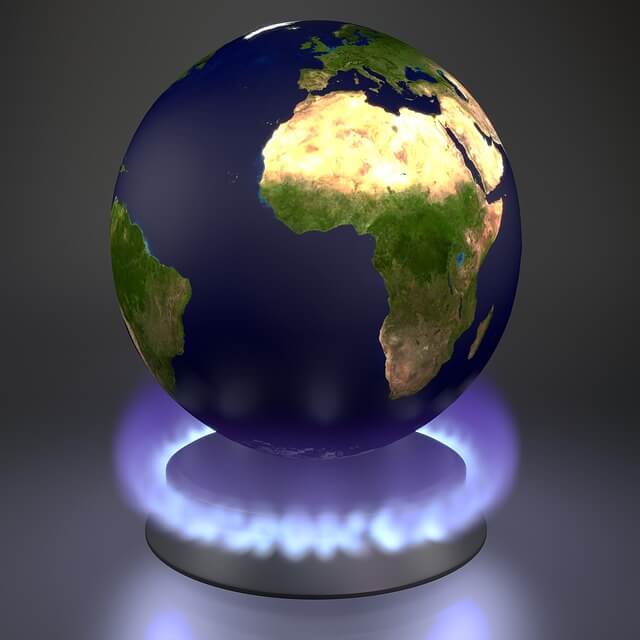 Finally, another of the greenhouse gases that is present in our atmosphere is water vapor. Naturally, some human activities emit water vapor. However, the presence of this gas in the Earth’s atmosphere is mainly due to the natural process of its evaporation. This gas, fundamental for the existence of clouds and rain, is present in the Earth’s atmosphere in a natural way and does not represent a real problem when it comes to the damages derived from the greenhouse effect in our planet.

What to do against greenhouse gases

As you can see, although the greenhouse gases can be many, the truly harmful ones that are causing the greenhouse effect and the consequent climate change due to global warming are due to those that derive from certain human activities. In this sense, the burning of fossil fuels represents the main cause of the presence of these harmful gases for the environment. Likewise, livestock represents another sector that emits more greenhouse gases into the atmosphere in the form of methane.

The solution to avoid global warming is to reduce the emissions of greenhouse gases into the atmosphere and the presence of those already present. For this, it is necessary to opt for clean energy, reduce the consumption of meat, plant more trees and avoid deforestation and, as far as possible, reduce any type of human activity that entails the emission of this type of gases. This includes reducing the consumption of “throwaway” products, opting for public transport, consuming products of kilometer 0 or produced from the region itself, as well as promoting the lengthening of products of all kinds, that is, lengthening their lifespan. more possible, among many other aspects.