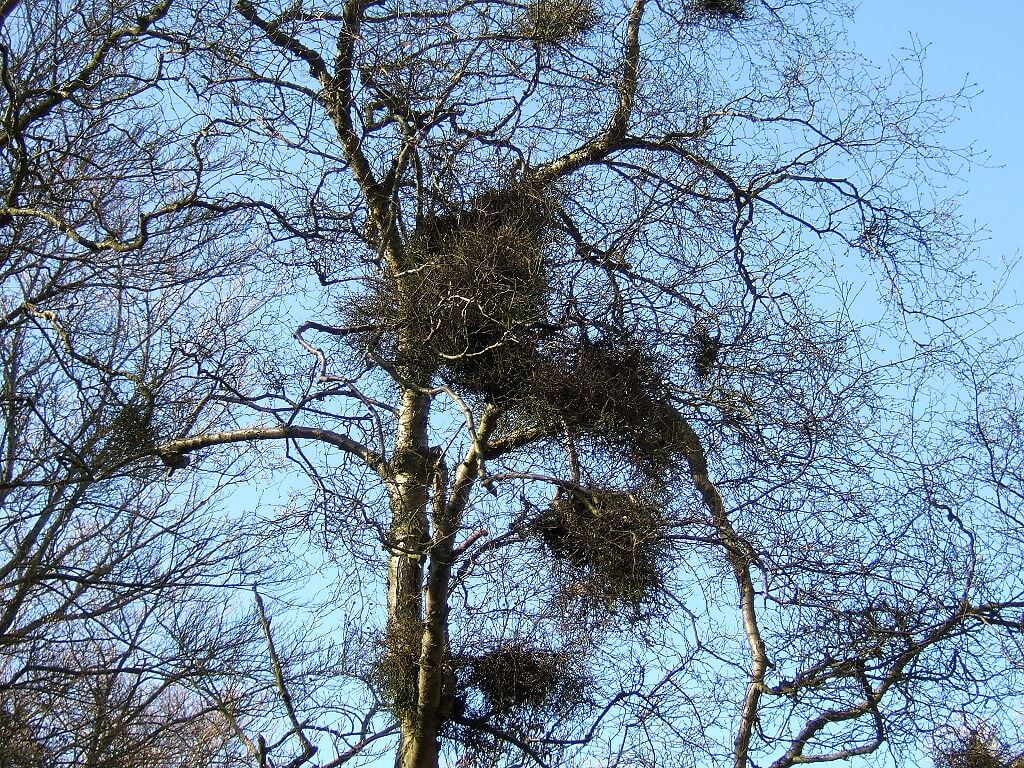 Witches Broom; a bunch of many upright or spreading, abnormally clustered branches or twigs that is formed on plants as a result of attack by parasites. Witches’ brooms are symptoms of infection. Although they can occur on nonwoody plants such as alfalfa, potato, and aster, they are most familiar on shrubs and trees, where some may exceed 10 feet in diameter. They may resemble a bush, a bird’s nest, or a handleless broom attached to the host plant. Some may consist wholly or partially of dead branches; others, of living branches that can continue to grow for many years. The leaves they bear may be distorted; they may appear later in spring and drop earlier in fall than the normal leaves of the plant, and they may be yellowed. Flowers are rarely produced.

The parasites whose presence stimulates the formation of witches’ brooms include fungi (on alder, birch, red cedar, and white cedar); bacteria (on pine); dwarf mistletoes (on pine, larch, and fir); viruses (on peach and black locust); and mites (on hackberry and willow). The stimulus responsible for certain types of witches’ brooms is not well understood. Some witches’ brooms may cause stunting or even death of the host plant, especially when many brooms develop on one individual. Other kinds do not appear to damage the host appreciably; however, they are unsightly and therefore may be objectionable, especially on street and ornamental trees. Control of witches’ brooms on woody plants is best accomplished by removing and burning the brooms.