What is headache? What are the types, causes, symptoms of headache? Headache knowledge and treatment.

Headache; any pain or discomfort in the upper part of the head. Like other pains, headache is not a disease but a symptom, and it is probably the most common of all medical symptoms. Most headaches, even severe, incapacitating ones, do not lead to permanent damage.

Although headaches may be caused by a great number of disorders, there are only a few basic mechanisms that are known to give rise to the pain. The pain-sensitive structures involved may be stimulated by the dilation of the cranial or intracranial arteries, sustained contraction of the head and neck muscles, or traction (pulling) on arteries, major venous sinuses, or the membranes covering the brain. 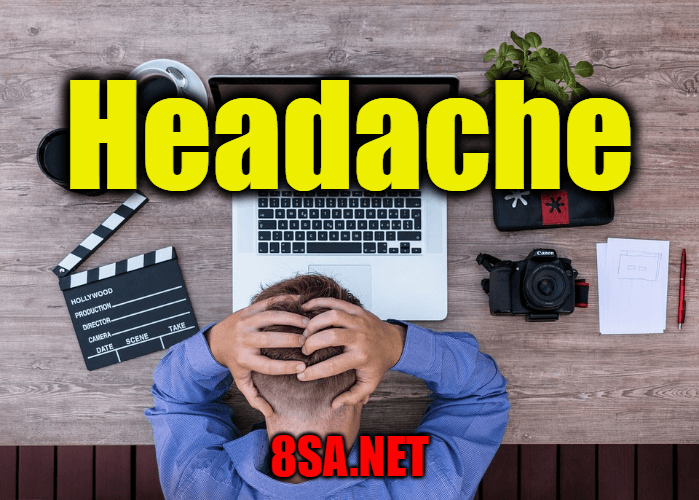 The most common types of headaches are those that are due to sleeplessness, fatigue, and overindulgence in alcohol. These headaches are probably due to a combination of the mechanisms described above and are relieved by a sound sleep or the use of aspirin or similar medications. The next most common types of headaches are those of psychological origin—resulting from emotional stress and anxiety. In such cases, the headache tends to occur at the end of the day and is felt as a dull ache starting in the forehead and spreading to the temples and the back of the head. Headache is frequently the chief complaint of the depressed patient. This type of headache is described as if there were a heavy weight on the head, a tight band around the head, or as a feeling of pressure as if the head were going to burst.

Sinus infections are another frequent cause of headaches. Characteristically, there is a tenderness of the skin over the affected sinuses, and the pain is recurrent due to changes in posture and the emptying and filling of the sinuses. These headaches are treated by emptying the sinuses, usually by shrinking the mucous lining.

It is likely that a stretching of the extracranial arteries and the resulting stimulation of the nerve endings in their walls are responsible for migraine headaches and headaches accompanying fevers. Headaches in the back of the head and the upper neck can often be traced to a sustained contraction of muscles in these areas. A similar mechanism involving the muscles that move the eyeballs and the muscles on the sides and top of the head may cause a headache that is associated with errors of refraction and glaucoma.

The so-called “histamine cephalgia” is a unique headache that affects men almost exclusively and is characterized by severe pain in and around one eye. It usually occurs during sleep, lasts from 15 to 45 minutes, and responds to the injection of ergot alkaloids such as ergotamine tartrate. Typically, the pain recurs each night for a period of several weeks. The headaches then subside but a characteristic cluster of headaches may recur unpredictably. This type of headache is probably due to a disorder of the intracranial arteries.

Headache is a major manifestation of cerebral tumors and abscesses and subdural hematoma, bleeding under the outermost covering of the brain. In these disorders, at least in their early stages, the headache is often limited to the site of the disorder, but later the headache becomes generalized.