Source: pixabay.com
What is

What are the Causes of the Russia – Ukraine Crisis? History of the Crisis – Why Are Two Countries Enemies?

The roots of the crisis between Russia and Ukraine run deep. At the heart of the current issue is Moscow’s full recognition of Kiev’s independence.

Here is a brief timeline of the crisis…

The history of tension between Russia and Ukraine actually dates back to the Middle Ages. Both states trace their origin to the East Slavic state called the Principality (Duchy) of Kiev, which ruled from the 9th century until the Mongol invasion in the mid-13th century.

This is why Russian President Vladimir Putin often speaks of “one people”. However, looking at the historical flow, it is seen that the paths of both nations parted centuries ago. Although similar to each other, two different languages ​​and cultures emerged. While Russia became an empire politically, Ukraine failed to establish its own state.

In the 17th century, most of the territory of present-day Ukraine became part of the Russian Empire. Having experienced a brief period of independence after the collapse of the empire in 1917, Ukraine was reconquered by the military units of Soviet Russia.

The Union of Soviet Socialist Republics (USSR), which was founded in 1922 and includes more than 100 ethnic groups, including Ukrainians, continued its existence for nearly 70 years as the world’s largest country in terms of area.

Meeting in December 1991, the leaders of Russia, Ukraine, and Belarus dissolved the Soviet Union and formed the Commonwealth of Independent States (CIS). Therefore, Moscow intended to maintain its influence over the former Soviet countries. The Kremlin administration also believed that it could unite the former sister republics through cheap natural gas supplies. However, the account at home did not mesh well with the market. While Belarus formed a close alliance with Moscow, Ukraine turned its direction more and more towards the West.

Although this situation unsettled the Kremlin, in the 1990s the issue had not yet become a crisis. Moscow seemed relaxed about Ukraine, because Western countries did not want to integrate Kiev into their structures. This development was beneficial to Russia, which was going through an economically troubled period and had a headache due to the Chechen war. The Moscow administration recognized Ukraine’s borders, including the Crimean peninsula, inhabited mostly by ethnic Russians, with the 1997 memorandum known as the “Great Treaty.”

With the arrival of Putin to the presidency, the first great diplomatic crisis between Moscow and Kiev took place. In the fall of 2003, Russia surprisingly began building a dam across the Kerch Strait to the Ukrainian island of Tuzla. Kiev saw this step as “an attempt to redraw the border and annex Tuzla”. The crisis gradually escalated and only after the presidents’ face-to-face meeting was the problem resolved. The construction of the dam was stopped, but the post-Soviet friendship between the two countries was deeply wounded.

In the 2004 presidential elections in Ukraine, the Moscow administration supported Viktor Yanukovych. It was announced that the Moscow-led candidate won the election against pro-Western politician Viktor Yushchenko. At the end of the popular uprising, which began later and went down in history as the “Orange Revolution”, the opposition politician Yushchenko assumed the presidency. During his tenure, Russia turned off Ukraine’s gas tap twice, in 2006 and 2009.

In 2008, then US President George Bush tried to include Ukraine and Georgia in an official preparatory program with the aim of becoming NATO members. Putin immediately objected. Moscow has made it clear that it does not fully recognize Ukraine’s independence. Germany and France foiled Bush’s plans. At the NATO summit in Bucharest, the entry of Ukraine and Georgia was promised, but no specific date was set.

Since things were not going fast with NATO, Ukraine considered developing its relations with Western countries by signing an EU Association Agreement. A few months before the signing of the agreement, the Moscow administration exerted great economic pressure on Kiev in the summer of 2013 and prevented Ukraine from importing.

The president of Ukraine, Viktor Yanukovych, who won the 2010 elections and held power, suspended the association agreement with the EU, which was in the signing phase. This provoked a massive protest from the opposition, and Yanukovych was eventually forced to flee to Moscow in February 2014.

The annexation of Crimea WAS A TURNING POINT

Taking advantage of the vacuum of political authority in Kiev, the Kremlin annexed Crimea in March 2014. This was the beginning of an “undeclared war” and the turning point of the crisis between the two countries.

At the same time, Russian paramilitary forces began to mobilize for an uprising in the Donbas region of eastern Ukraine, where there are rich coal deposits. ‘People’s Republics’ were declared in Donetsk and Luhansk, the Russians took over the administration. Ukraine, on the other hand, waited for the results of the presidential elections in the country to respond. About two months later, in May 2014, he embarked on a major military mission they called “Operation Counter-Terrorism.”

In June 2014, the newly elected President of Ukraine, Petro Poroshenko, and his Russian counterpart, Vladimir Putin, met for the first time mediated by Germany and France at ceremonies marking the 70th anniversary of the Normandy landings. Thus was born the style of diplomacy called the “Normandy format.”

The Ukrainian army managed to drive back the separatists. But according to Kiev, Moscow was once again heavily involved militarily. Because of this, the Ukrainian troops were defeated in the city of Ilovaisk, east of Donetsk. This was again a major turning point. The war ended with a ceasefire signed in Minsk in September 2014. 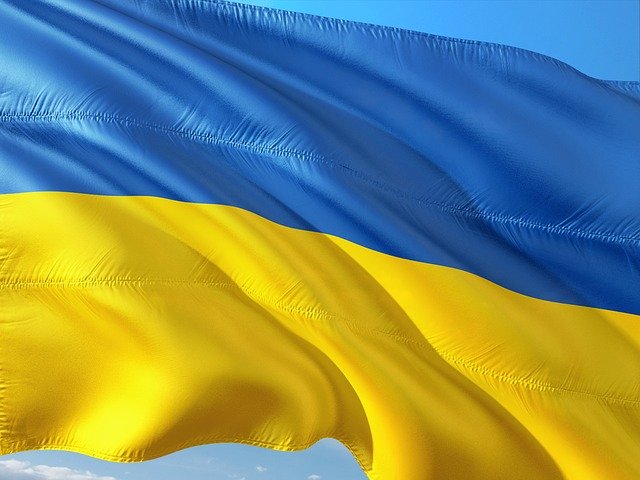 WAR OF POSITIONS OF DONBAS

Battle of the Donbass

So began a war of position, which continues to this day. In early 2015, pro-Russian separatists attacked again, and according to the Kiev administration, the Russian military was deployed to the region, again in uniforms without rank insignia. Moscow denies these accusations.

The Ukrainian armed forces suffered a second defeat, this time in the strategically important town of Debaltseve, and had to abandon their positions almost in a hurry. Finally, under the mediation of Western countries, agreement was reached on the Minsk-2 Agreement, which has formed the basis of peace efforts to date. However, hopes for peace never materialized.

Finally, in the fall of 2019, a small ray of hope was born. Some of the troops on both sides withdrew from positions in the middle line. However, there has been no other meeting between the parties since the Normandy summit in Paris in December 2019.

Russian President Vladimir Putin does not want to meet face-to-face with Ukrainian President Volodymyr Zelensky for now, arguing that he did not implement the Minsk agreement.