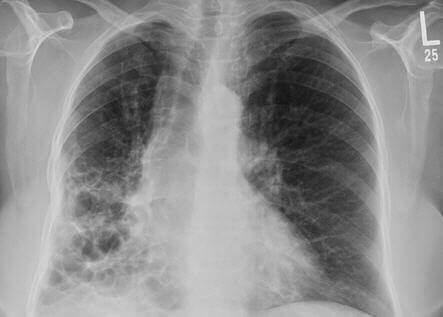 the disease and its causes

Bronchiectasis is often the end result of chronic bronchitis. In this disease, the lungs are prevented from properly clearing out secretions which become lodged in them. This is because their bronchial tubes and bronchi (the air channels in the lungs) become enlarged and lose their flexibility. Some people are born with this condition. Others acquire it as the result of chronic infections, or as the result of obstruction of a bronchus by a foreign body or tumor. Bronchiectasis patients usually have a previous history of repeated attacks of pneumonia, frequent colds, or bronchitis, and a gradual decline in general health.

The early symptoms are usually mild and resemble bronchitis. There is a dry or slightly productive cough. Occasionally small amounts of blood are brought up during a coughing spell. As the disease progresses, the cough gets more persistent, is worse in the morning, and frequently is brought on by lying down. The patient begins to produce a great deal of yellow sputum. Occasionally this is foul smelling. Blood begins to appear more frequently in the sputum and may become substantial in amount. There is low-grade fever, and the patient often complains of pleuritic-type chest pains. As with any chronic infection, there is weight loss and weakness, as well as shortness of breath on exertion. The fingers frequently become “clubbed,” as illustrated. 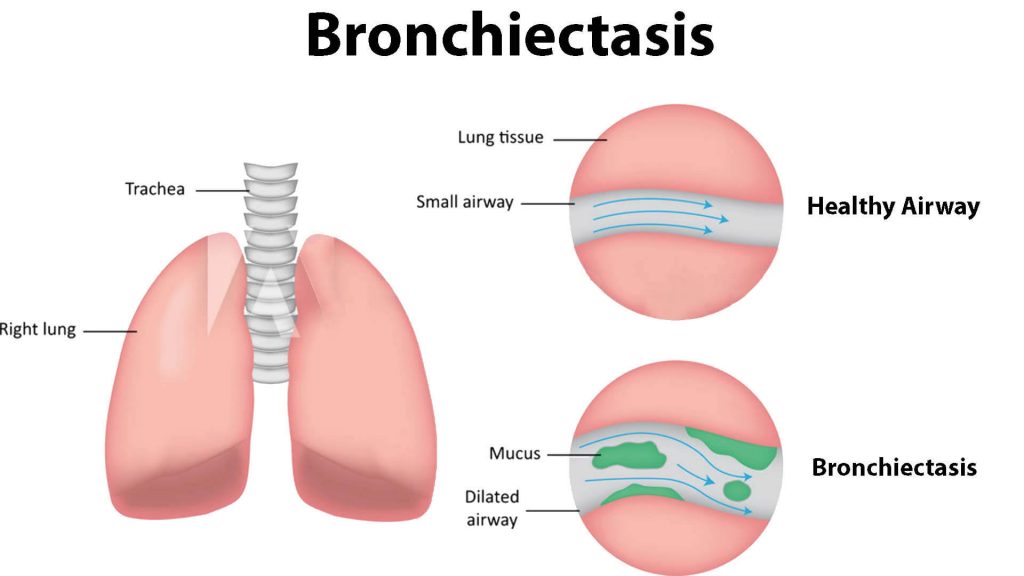 A complication known as emphysema can develop, in which there is fibrosis (loss of elasticity) of lung tissue. This condition interferes with the entire breathing mechanism. Associated chemical changes take place and can be severe enough to produce coma.

Lung abscess in association with, or as a result of, bronchiectasis is the other common complication.

Early recognition of bronchiectasis is important in order to limit the extension of the disease through proper medical and surgical care. Infections in the respiratory tract must be energetically treated. Early removal of the underlying causes of infection can result in cure or retardation of this illness. The use of antibiotics is of great help in controlling and lessening the frequency of infections. 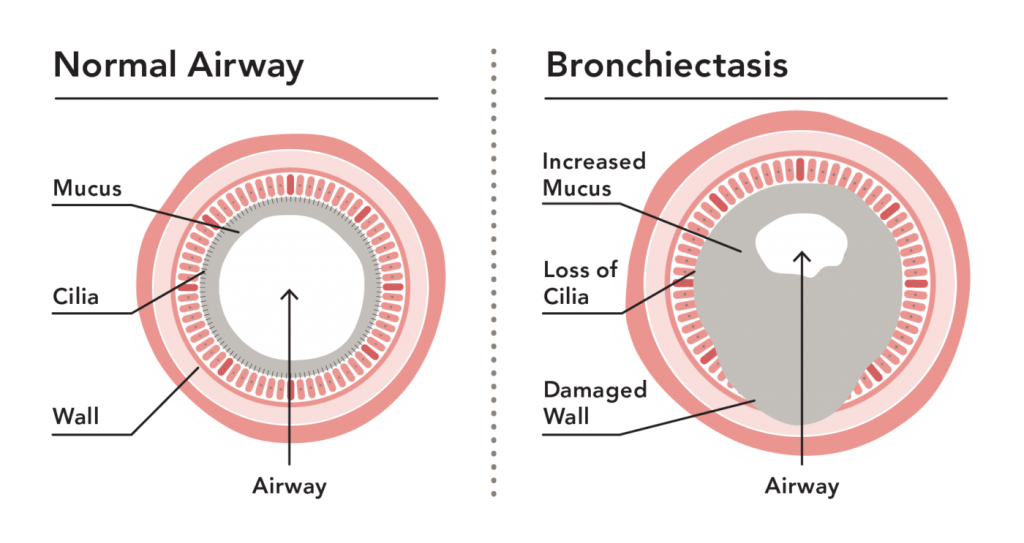 Bronchial obstructions must be removed. Postural drainage of the infected matter and the maintenance of good general health are most important.