Water vapor and changes in weather. What is humidity, the water cycle and clouds. Function of water vapor in the atmosphere. 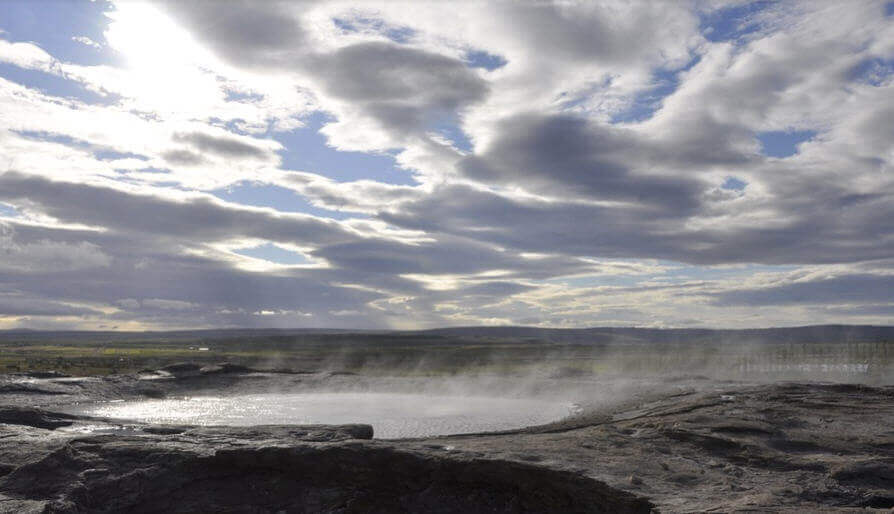 Generally, when people think of weather they do not think of pressure changes or the movement of the atmosphere. They think of temperature changes and of humidity, rain, snow, sleet, or fair weather.

WATER VAPOR AND CHANGES IN WEATHER

Water has a great capacity for holding heat. Water takes a long time to warm up. Therefore oceans and large lakes have an important effect on the weather. Cold air blowing across large bodies of water in winter is warmed somewhat by the heat still in the water. Hot air in the summer is cooled by giving up its heat to the cooled water. Winters along the seacoast are less cold than those in inland areas because the water holds a good deal of the sun’s heat acquired in the summer. On the other hand, as compared with inland areas, summer temperatures at the seacoast are lower. However, discomfort may be as great or greater near the seacoast in both summer and winter because of the greater amount of water vapor held by the air.

Water vapor in the air affects each one of us whether or not we live near large bodies of water. Perhaps you have heard the remark, “It isn’t the heat, it’s the humidity.“

You have noticed the dampness of the air when it is foggy or when it rains or snows, hails or sleets. But there is some moisture in the air at all times and at all places in the form of invisible water vapor. From 0.1 per cent to 2.5 per cent of the volume of air may be water vapor. Water vapor is a gas.

The amount of moisture in the air is called the humidity. High humidity may make you uncomfortable. This is partly because your body is constantly giving off water. The heat of the body normally turns this water into vapor. The water is said to evaporate into the air. However, if the humidity is high, that is, if the air already_contains a good deal of,the water from your body cannot evaporate easily. As a result, you may feel sticky and warm. Instead of evaporating into the air, your body water stays on your body and forms sweat.

Water, like air and all other substances, is composed of molecules, and these molecules are always in motion. They move fastest when they are heated. Those that move fastest leave the surface of the water and enter the air to form water vapor. This is the process of evaporatian noted above. On very hot dry days evaporation is, fast; on very cold or humid days it is slower. Evaporation goes on at night as well as by day.

Although the water in the air is generally invisible, it sometimes condenses into droplets which can be seen. For example, water vapor may condense to form clouds or fog. This generally happens when the air temperature falls because as air cools it cannot hold so much water. The formation of clouds is easy enough to understand. Just breathe out on a cold day. The cold air outside your body cannot hold as much water vapor as the warm air inside your body. The small cloud that forms from your breath consists of millions of tiny droplets of water.

The fog and clouds you see in nature are formed in much the same way when warm oist air comes in contact with cooler air. When the droplets become large enough they may fall to earth as drops of rain. This is called recipitation. If the air is very cold, some of the rain drops may freeze and form sleet. Hail, another kind of precipitation, is formed from rain clouds in a different way.

The temperature decreases with aItitude. As the warm air laden with water rises from the earth, it reaches an upper region an is cooled. lts water vapor may then condense to form clouds. Sometimes a cloud is formed at a temperature below the freezing point of water. This is true of the high clouds which form in the upper troposphere where the air is very cold. Such clouds may consist of supercooled drops of water. Supercooled drops of water are those which do not form ice in spite of the fact that they are at a temperature below 32°F. Under certainconditions, a cloud made up o supercooled water droplets may change quickly into a cloud of snowflake.