Vilhjalmur Stefansson (1879- 1962); American Arctic explorer, whose scientific studies in the field made valuable contributions to the knowledge of the Arctic. He made no spectacular geographical discoveries, but he learned and taught how man may live in the rigors of the region.

He was born in Arnes, Manitoba, Canada, on November 3, 1879. His parents were Icelanders. When Stefansson was about two years old, the family moved to North Dakota. The boy grew up on a prairie farm but was able to attend the University of North Dakota and to graduate from the University of Iowa in 1903. He went on to attend the Harvard Divinity School for a year and the Harvard Graduate School for two years, studying anthropology. 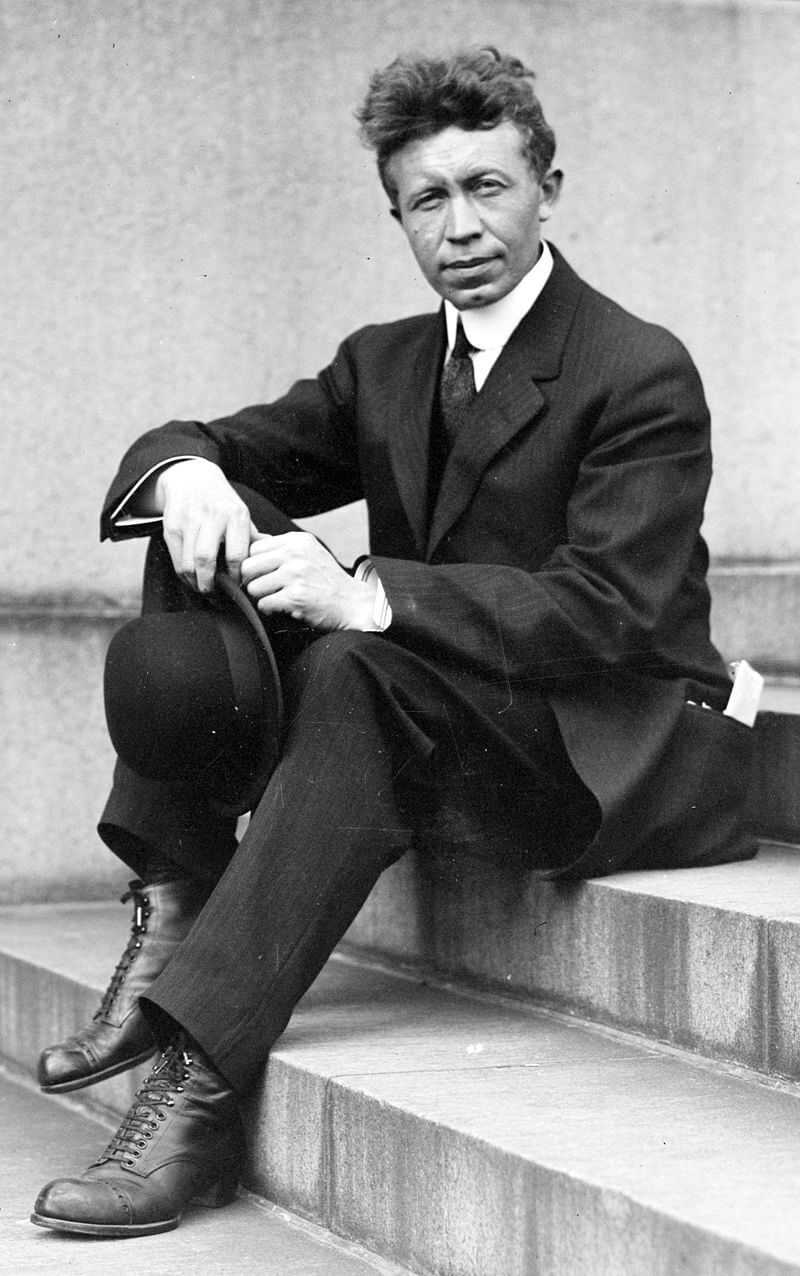 While still a Harvard student, Stefansson visited Iceland in 1904 and, in 1905, carried out archaeological research there for Harvard’s Peabody Museum. In 1906-1907 he went, as an ethnologist, on an expedition to the Canadian Arctic for Harvard and Toronto Universities. The expedition ship was unable to penetrate the Arctic beyond Point Barrow, Alaska, and Stefansson, alone, lived for a year with the Eskimo of the Mackenzie delta, familiarizing himself with their language and way of life. The experience convinced him that modern civilized man could live like the Eskimo in the Arctic north.

From 1908 to 1912, Stefansson led an expedition, sporısored by the American Museum of Natural History and the Canadian government, to the north coast of Alaska and Coronation Gulf above the orthwest Territories of Canada. In 1913-1918, Stefansson was commander of the Canadian Arctic Expedition.

On his return, Stefansson delivered a lecture at the Mayo Clinic, in Rochester, Minn., in which he pointed out that although he had lived for five consecutive years in the Arctic, consuming an all-meat diet, or its equivalent, he found his general health in no way impaired. To prove his point, he continued his all-meat diet and submitted to tests by a team of specialists, who found he had suffered no ill effects.

Later Stefansson served in an advisory capacity with many organizations concerned with the Arctic. He was a consultant on northern operations to Pan American Airways from 1932 to 1945. During World, War II he was an adviser to the U. S. government on defense systems in Alaska and on methods of survival under Arctic conditions. He was Arctic consultant to the Northern Studies Program at Dartmouth College from 1947 until his death.

Stefansson saw the value of the Arctics natural resources, and prophesied accurately how they might be developed for man’s use. He recognized the feasibility of colonization of the Arctic, of air travel in and across the region, and journeys by submarine under the ice. Among his many books were My Life with the Eskimo (1913); The Friendly Arctic (1921); and the Arctic Manual (1941), prepared for the U.S. Air Force. Stefansson died in Hanover, N.H. on Aug. 26, 1962.