To work with nanomaterials, scientists had to understand them. In quantum mechanics, mathematics is used to predict the behavior of very small, unobtrusive units of energy and matter. The two scientists most notable for quantum mechanics are Max Planck, who learned that light is composed of specific “energy quanta” in his famous “blackbody” experiment in 1900, and Niels Bohr, who used quantum mechanics to explain the workings of the atom in 1922. 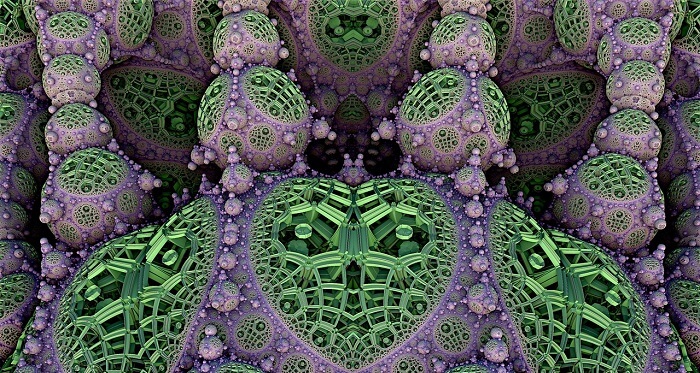 The theories were very good, but difficult to prove except in experiments where the behavior of substances was tested. In fact, Albert Einstein proposed the quantum theory in 1905. Some sixty years later, the volume of experimental data on atoms is enormous.

In 1981, researchers Gerd Binnig and Heinrich Rohrer lifted the veil of mystery on the atom by developing the first scanning tunneling microscope working at IBM’s Zurich Research Laboratory in Switzerland. This was the first microscope that allowed scientists to see the atom.

At the end of the 20th century, the first commercial applications of nanotechnology appeared on the market. 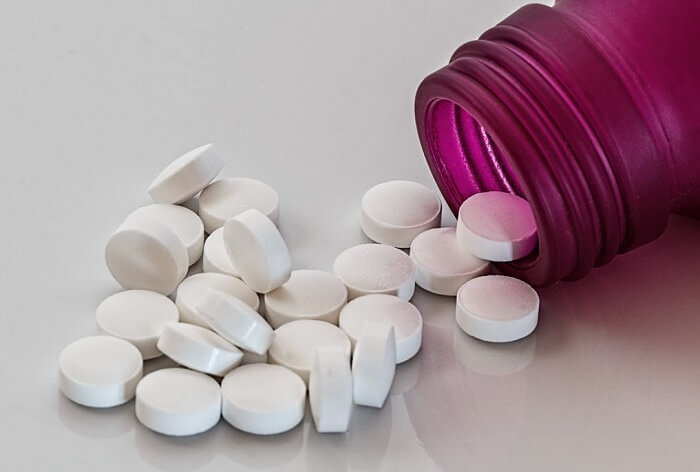 Nanotechnology, once the domain of science fiction, now heralds a potential revolution in drug practice. In the old Star Trek series, doctors treated patients with almost the push of a button, but today doctors can only administer treatments that attack disease-carrying cells. Researchers involved in the development of drug carrier nanoparticles say nanoscale drugs could provide far greater therapeutic benefits with far fewer side effects.

Injecting gold-containing nanorods to target only cancer cells is just one of several applications of nanotechnology in medicine. In the method that researchers at MIT as well as at the University of California (San Diego and Santa Barbara) are currently working on, gold nanorods are absorbed by healthy blood cells. Permeable blood cells in the tumor allow the nanorods to enter the tumor and accumulate.

Infrared laser; It causes protein secretion by heating the tumor cells. Chemotherapy molecules applied after some other stages directly bind to tumor cells.

Thus, the treatment is applied only to cancer cells, not to all cells. In other words, cancer cells are targeted and side effects are reduced.

Currently, studies are ongoing on many products that use this technology. Some of the products that could hit the market include bismuth nanoparticles that could make a big improvement in the imaging of tumors, specific nanoparticles that absorb free radicals (an unstable atom with an unpaired electron that can cause damage to the body) during radiotherapy, and targeted therapy to treat breast tumors.

Purification of Water and Air

It seems that soon the saying “bigger the better” will need to be replaced by “the smaller the better”, as nanotechnology has proven. One of the various application areas of nanotechnology is water and air purification systems. Researchers are excited by the potential uses of these systems, from contamination prevention and detection to cleaning contaminated areas.

Carbon nanotube membranes, which have been discovered to purify water at the same rate or faster than conventional filters, are used in some countries, although their pores are much smaller. The reason for the small pores is probably because they are smooth inside. Carbon nanotube membranes remove just about anything that contaminates water, from oil to bacteria. Moreover, nano-scale water treatment systems are both cheaper and easier to clean. It may sound like a paper towel advertisement shown on television, but these systems, which are woven from very small potassium manganese oxide wires, have 20 times their weight in suction power in cleaning applications.

Gold, which is increasingly used, can also play an important role in nanotechnology for air purification. Associate Professor of Physics and Chemical Sciences, Queensland University of Technology. Dr Zhu Huai Yong says energized gold nanoparticles can destroy airborne pollutants such as volatile organic compounds. To exploit this possibility, Yong’s team is working on a technology that combines gold with manganese oxide.

What could be more helpful in detecting explosives than the sensitive nose of a well-trained dog? This is not a trick question. Since the first nanotechnology company began marketing the product (a robot using nanotechnology systems) in 1997, scientists have been trying to create very sensitive chemical and biological sensors. By 2012, many sensors were under development or implementation, including nanoscale devices capable of detecting minute amounts of the target chemical. Examples of these devices include Oak Ridge National Laboratory’s sensor that aims to detect explosives, biological and narcotic substances. In as little as a minute, the gold nanoparticles that lab researchers have activated are modified and positively charged so that they can interact and identify specific contaminants such as perchlorate or uranium. However, the methods applied today require laborious sample preparation and lengthy laboratory analysis. 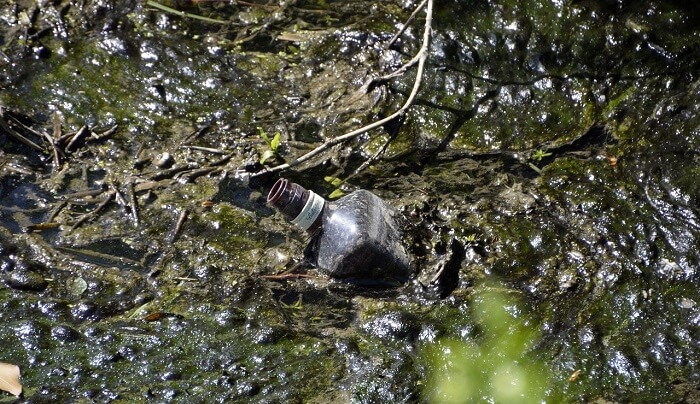 Trichloroethylene (TCE), an excellent degreaser, is known to be a persistent carcinogen when mixed with groundwater. The compound’s two carbon and three chlorine atom bonds break down a million times faster when treated with gold-palladium nanoparticles instead of iron powders. Moreover, the gold-palladium nanoparticles break all bonds, while the iron bypasses some, creating even worse byproducts such as vinyl chloride. Because of these by-products, air stripping and carbon adsorption are often used for TCE; that is, it is dried or removed without changing the TCE. If the gold-palladium nanoparticles are successful, it will open up more than half of the Superfund hazardous waste landfills in the US and save billions of dollars. 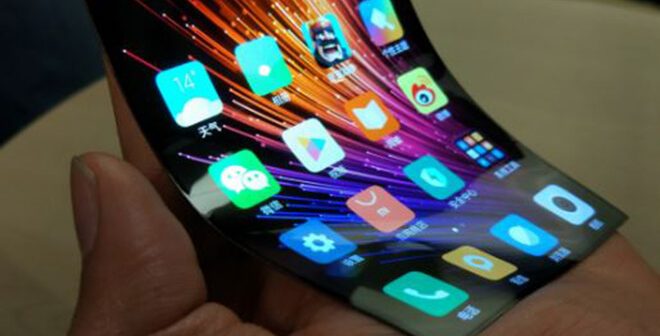 Dropped your cell phone and broke its screen? That won’t happen if flexible OLED displays become the standard for monitors. (OLED stands for organic light-emitting diode) Researchers are exploring ways to create flexible OLED displays that do not crack or break when bent. Moreover, these screens will be much lighter, provide high-resolution images and require less energy, allowing the cell-phone battery to last almost twice as long. Thanks to the flexible screens, users will be able to roll or fold their electronic devices; The screen won’t break when they drop their phone either. M To compete with currently used displays, OLEDs must be highly conductive, transparent, flexible and less expensive. In one method, silver nanowires placed on plastic sheets are used. In another method, metallic carbon nanotube sheets are used. These V-sheets are extremely flexible, highly conductive, and transparent. Graphene, a single-atom-thick carbon sheet, is also among the materials considered to be used to create OLED displays. A flexible OLED has been fabricated at the University of Arizona using advanced mixed-oxide thin-film transistors. Samsung is working on a flexible OLED version using plastic, while Sony is developing a version using organic transistors.

OLED screen technology is not only laptops; It will not only be used in cell phones and televisions. Apart from that, folding and folding screens that will be used as filters in eyeglass lenses will also work for marketing purposes and as brochures.

Korean electronics company Samsung has been a leading manufacturer of OLED displays since 2004. It is also the largest holder of patents for active matrix OLED technology in the world. 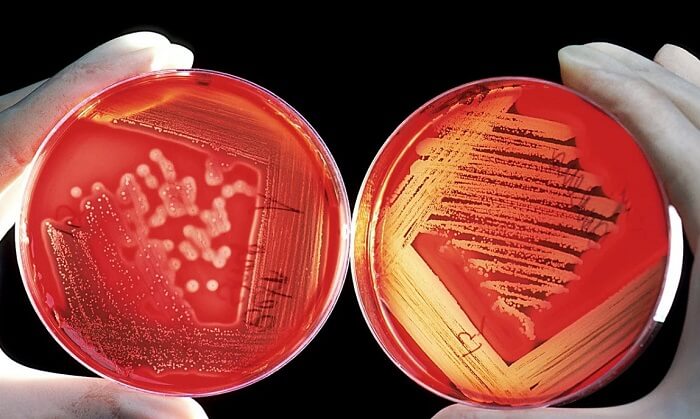 Scientists have discovered that bacteria are much smarter than they thought. For many years, researchers believed that bacteria were generally unorganized, rambling organisms. By 2005, however, many strains of bacteria had become resistant to antibiotics, and scientists had discovered that some bacteria bonded together to form biofilms. The assembling bacteria communicated chemically and effectively combated the “host”‘s defenses.

Fortunately, nanotechnology in the form of specific nanoparticles such as zinc and silver is able to break up these biofilms. Silver and zinc atoms have a unique electrical charge called the zeta potential. It is this load that neutralizes the communication of bacteria without creating corrosive oxidation. Moreover, nanoparticles can also act as a barrier to prevent bacterial contamination in soil, fabric and water.

Nanosized germicidal gum is currently being investigated for a wide range of medically relevant microorganisms – including bacteria, and yeast. Even small amounts of silver, as little as one part per billion, can be effective in inhibiting biofilm cell growth.

An example of these germicidal applications is dental beach treatment, which is actually a biofilm. Other potential applications include controlling or preventing biofilm formation in contact lenses, urinary catheters and joint implants, as well as protective layers on artificial hearts and stents. 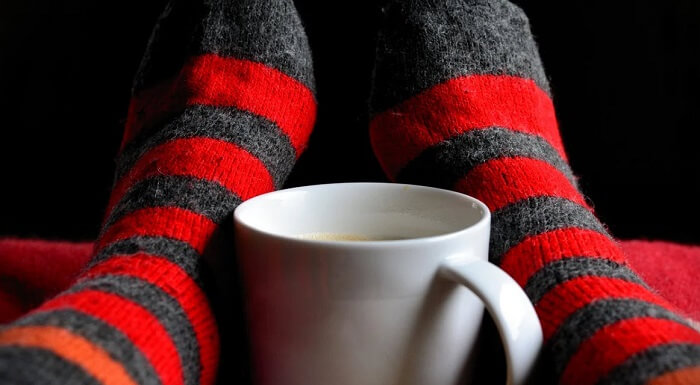 Do your smelly socks embarrass you? Silver nanoparticles overcome odor. Visualize cotton socks and clothes that prevent odor. Researchers at the Southern Regional Research Center, managed by the U.S. Department of Agriculture’s Agricultural Research Services, are working on methods of preventing the growth of microbes in cotton fabric. The method, which uses silver particles ranging in size from two to six nanometers, can be applied to all cotton fabrics, including socks and T-shirts. (Silver acts as a catalyst and has a germicidal effect.)

It turns out that lifeguards who rub their noses with zinc oxide to keep them from getting sunburned are right. Titanium oxide, a chalky white substance, acts like zinc oxide by reflecting the sun’s rays and is an important material in fabrics that do not transmit ultraviolet (UV) light. Titanium oxide, which is encapsulated in nanoparticles, increases the capacity of the wearer to protect the wearer’s skin from the sun’s UV rays when applied to the fabric. Today, it is recommended to cover the body as well as to apply protective sunscreen to reduce exposure to harmful UV rays. 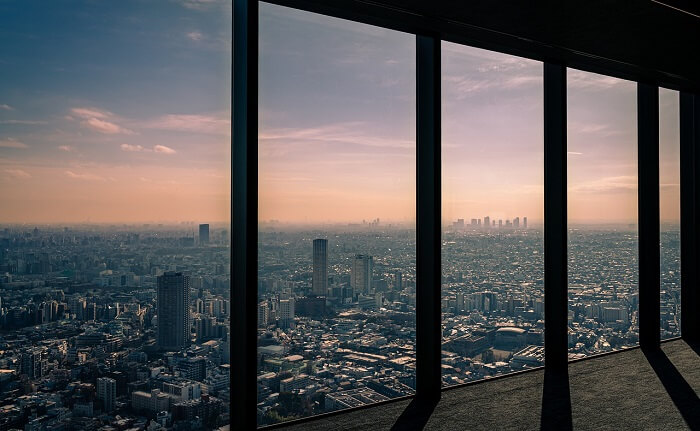 Modern commercial buildings are surrounded by glass on all four sides, which means there are a lot of windows that need to be cleaned. Fortunately, nanotechnology has come up with a solution in the form of self-cleaning glass. Pilkington Glass introduced the first self-cleaning glass in 2001. Since then, others have followed him, but the technique used is the same in all. The glass is covered with a thin film of titanium dioxide, which reacts with sunlight to break up the dirt on it. Since the surface coating allows the water to spread evenly on the surface, the rain completely washes away the dirt without leaving any traces. Since self-cleaning requires two separate stages, it must be used in a place that receives both sunlight and rain.

Will washer and dryer machines ever come to an end? This is possible with nanotechnology. Researchers and companies are producing fabrics with greatly improved waterproofing and stain-resistance thanks to nanoprocesses.

Two companies that create products based on this technology draw their inspiration from nature. Realizing that the tiny spheres on the lotus leaf repel water and dirt, Shoeller Technologies created nanosphere technology that can be applied to fabrics to mimic this ability.

The inspiration for Nano-Tex’s nanofuzz ​​technology in Oakland, California, is peach. The nanoscale fabric of this technology is covered with fine hairs that lift liquids up from the fabric.

Waterproof and stain-proof fabric applications are not limited to clothing. This is just the beginning. Companies have already turned to many more applications.

Imagine that furniture, curtains and everything in your wardrobe are made of this material. Dusty curtains and dirty car upholstery will be history. Goodbye to laundry, too.