What is the history of copper? Who discovered copper, the uses of copper element in the history. Information about the copper mining history.

Since primitive times copper has played an important role in the technological, industrial, and cultural development of man. Copper’s utility has stemmed from its significant number of advantageous qualities—ductility, malleability, formability, strength, corrosion resistance, high electrical and thermal conductivity, and attractive appearance. It has been used by itself and as an alloy with other metals for a wide variety of purposes over thousands of years.

Because of its availability, malleability, and corrosion resistance, copper was first used by primitive man for utensils, weapons, and tools. It was later used in an alloy (bronze) for stronger weapons and implements, for building purposes, and for monuments and objects of art. In modern times, primarily because of its electrical conductivity, copper has been mainly used again as a pure metal for electrical, transportation, and defense purposes. 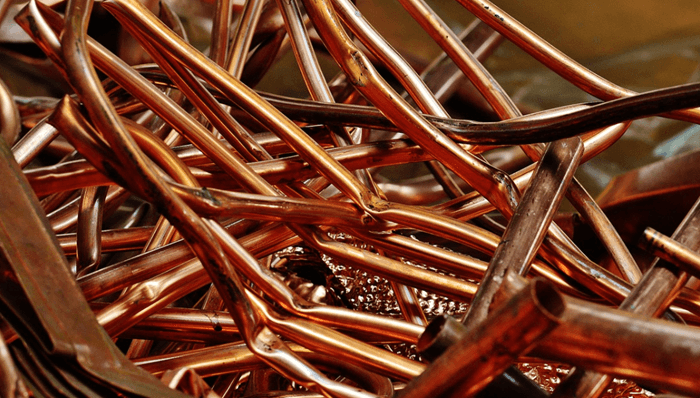 It is believed that copper was used by man at least as early as 6000 b. c. and perhaps even earlier. Evidence of hammered copper exists among the Chaldean remains dating back to 4500 b. c. There is evidence of more ancient native copper in the Badarian graves of Fayoum in Egypt.

Because copper was found in a native state and could be easily hammered into tools and utensils having sharp and durable edges, it was the first important metal used widely by man. Copper and gold are the only metals having distinct colors other than a shade of gray. Although gold was used earlier than copper, its practical uses are limited. Early man worked copper by the same processes used in working stone or fiber. It was discovered that heat made copper more malleable, and tempering was used as early as 5000 b. c., probably in southwestern Asia and North Africa. Casting and smelting of copper occurred around 4000 to 3500 b. c. and reduction around 1580 b.c.

Copper was first worked in Egypt beginning with the 3d dynasty (about 2660 b. c.). An estimated 10,000 tons of copper were produced over a 1,500-year span starting with this period. The greatest supply came from the Sinai Peninsula. The contrast in the extent of use of copper in ancient and modern times is dramatized by the fact that in a typical year in the late 1960’s the United States had a copper supply of 2.3 million metric tons (domestic production plus imports).

The English word “copper” is derived from the Greek name (Kypros) of the Island of Cyprus (Latin, Cyprum), where copper was mined beginning around 2500 b. c. These deposits became the primary copper supply for Egypt beginning with the 18th dynasty (1570-1304 b.c.). They are still being exploited.

Copper was used in many places in ancient times by large numbers of peoples. Copper deposits were found, in addition to Sinai and Cyprus, in Syria, Caucusus, Afghanistan, Macedonia, Iberia, and central Europe. In modern times the mining sites have shifted, and the primary copper-supplying areas are the United States, the USSR, Zambia, Chile, Canada, and the Congo.

There is evidence that copper mining existed as far back as 5000 b. c. in North America on the Upper Peninsula in Michigan and on Isle Royale in Lake Superior. Asia Minor was the source of copper for the Sumerians, who used it from 3500 to 3000 b. c., and for the Assyrians later. Copper was used in China in 2500 b. c. It is certain that both open-pit and underground mining were practiced in antiquity.

Copper Use in Alloys.

Bronze, an alloy of copper and tin, was first used around 2500 b. c. in the second city of Troy for celts (implements shaped like chisels), dagger blades, and objects of art. Bronze was known to be used in Crete around 2000 b. c. Brass, an alloy of copper and zinc, was probably not fully developed until 300 a. d. Biblical mentions of brass probably refer to copper or bronze.

The discovery of copper in a native state and its primitive working by man provided a transition between the industrial time periods known as the Stone Age and the metal ages (Copper, Bronze, and Iron). Because tin was not universally available, a number of cultures moved directly from the Copper Age to the Iron Age without having gone through the Bronze Age, particularly in southern India and South America.

During the Hellenistic, Roman, Byzantine, and medieval periods, the most important mines in Europe were those of Spain and Portugal, including the Riotinto ore body, which is still being exploited. 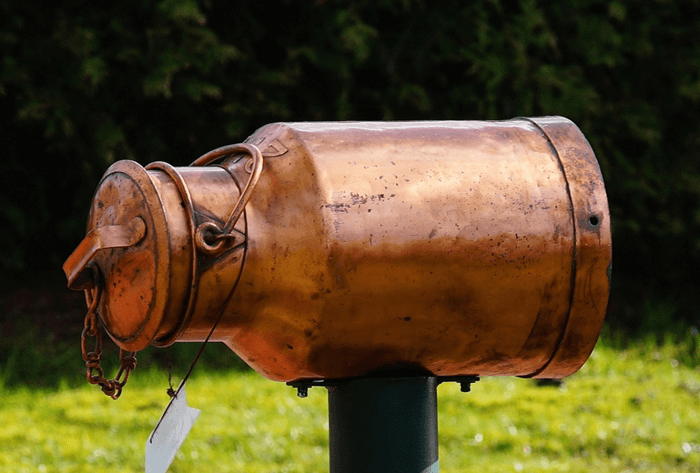 Important new uses for copper were developed in the 19th century, and new ore deposits were found. The greatest new uses of copper came from the development of the electric generator and the transmitting of electricity.

The new age of electricity required a highly developed copper industry. Inventions involving electricity came rapidly in the 19th century. They included the patenting of the telegraph by Samuel F. B. Morse in 1840, the demonstration of the principle of the telephone by Alexander Graham Bell in 1875, and the application by Thomas A. Edison in 1879 for a patent on the incandescent lamp. (It is estimated that about half of the total annual copper consumption in modern-day United States is for electrical purposes. )

The development of the copper industry in the United States, however, predated the surge of electrical discoveries made in the 19th century. Copper was found and produced in the colonies, beginning, on a limited scale, at Sims-bury, Conn., in 1709. The discovery of new copper deposits followed the country’s expansion westward. Beginning in the early 1850’s copper was increasingly mined in the Upper Peninsula of Michigan. From 1850 to 1880 production of Michigan copper—known as lake copper—increased fortyfold. Lake copper, marketed by the Calumet and Hecla companies, was priced low because of the low production costs made possible by the high copper content in the ore.

More impressive copper discoveries were made in 1866 in Montana in the Parrot mine in Butte, later to be worked by the Anaconda Company in the 1880’s. By 1886, Montana was the major copper area in the United States. Another important area was developed in Arizona about the same time by the Phelps Dodge Corporation. By 1907, Utah properties were put in operation; eventually they were controlled by the Kennecott Copper Corporation. Few new copper areas have been opened in the United States since the latter part of the 19th century.

Price competition became intense between the older mines in Michigan and the newly opened mines in the West. Competition cut prices in half—from 20 cents a pound to 10 cents a pound. As a result, two major attempts were made to raise copper prices by cornering the market. The French Secrétan corner obtained three fourths of the copper supply and in 1887 succeeded in doubling the price of copper. The rise of independent mines, consumer resistance, and the use of scrap eventually doomed the Secrétan corner, and it ended in 1889.

In 1889, the Amalgamated pool was set up to raise prices. It was organized by U.S. mining and financial interests and was supported by foreign producers. The pool managed to raise prices briefly, but it met the same fate as Secretan’s attempt for the same reasons and ended during the financial panic of 1907. Although the demand for copper increased rapidly in the 19th century, supply continued to run ahead of demand. This led to an instability of prices that continued into the 20th century.