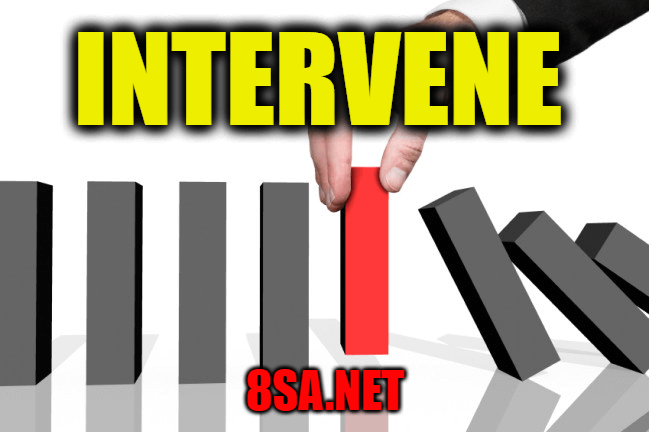 they are interleaved to prevent or alter a result or course of events.

Examples of intervene in a sentence