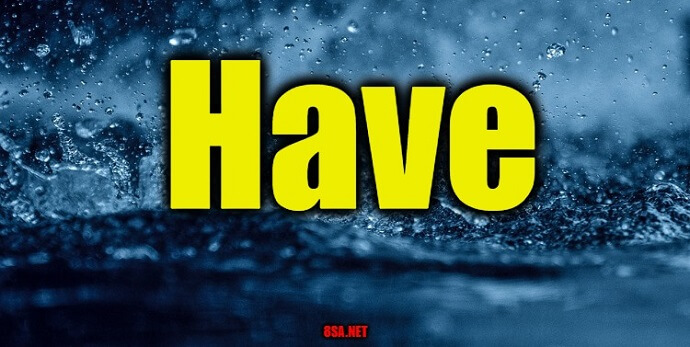 Examples of Have in a sentence

2 – Have you climbed mountains?

3 – We have seen a huge growth in the number of companies that use the Web.

4 – You are an experienced cook and you have climbed mountains.

5 – I have led three expeditions to Turkiye.

7 – I have been thinking about this problem all night long.

8 – I have a terrible headache, I can’t abide noise.

9 – Nouns naming things that we cannot count have no indefinite article, and usually no plural.

10 – Catholics have always been conscious of the command of Christ to “Go therefore and make disciples of all nations” (Matthew 28:19).

11 – The number of collective farms has steadily decreased as the smaller farms have been incorporated into larger units.

12 – Magistrates have agreed to shut down a private flat described in court as a “shooting gallery” for drug addicts.

13 – She is always asking me to do things for her as if I didn’t have enough to do.

14 – There is a certain similarity between them, but I wouldn’t really have guessed that they were brother and sister.

15 – Those claws have killed four of my friends.

17 – But the postman did not have any letters for him.

18 – I have three weeks before the meeting on July 1st

19 – I have received a telegram from New York.

20 – I have accumulated a set of commemorative stamps.

21 – As expected, some behaviors are more influential than others, but all behaviors have a direct impact on other people.

23 – After receiving the training organized by the profession, more than 220 lawyers have been accredited by the Service to provide legal representation to the applicants.

24 – They have a wonderful birch in the back garden.

*** Tom seems to have vanished.

*** Tom was having car trouble.

*** They have an open relationship.

*** They have everything they need.

*** They have no natural predators.

*** They haven’t been married long.

*** They may have missed the train.