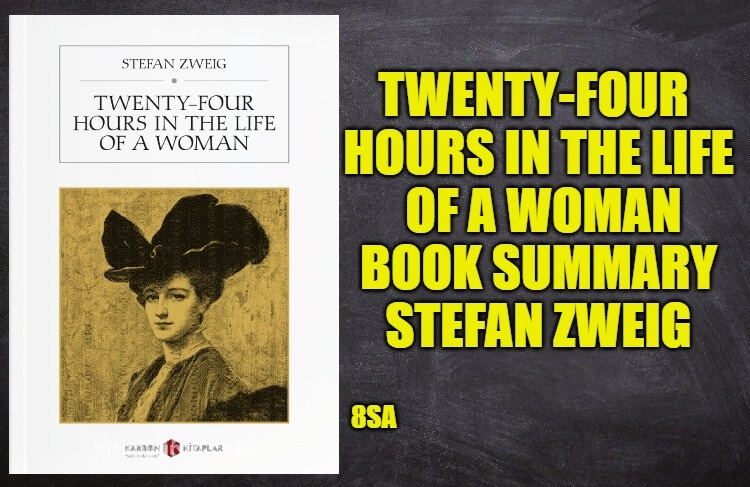 At the beginning of the 19th century, in a boarding house, there were people of many different nationalities, the wealthy, couples, a Danish man and his wife, Mrs C, the fat man from Lyon, who was a fabricator, and his wife, Henriette. A young, extremely handsome and polite French man arrives at the hotel and settles in. Women show a lot of interest in this extremely handsome man. However, the young man spends time with Henriette. One day, the man disappears with Henriette after a tea talk. This incident shocked everyone in the hostel. The fact that Henriette, a 33-year-old married woman, left her children and husband and fled with this man she had only known for two or three hours, causes great controversy.

A German woman stated that women were divided into two, one being real women and the other women like Henriette. Everyone says how wrong and shameful this is. However, the author defends Henriette. She states that the situation is not what it seems. According to the author, Henriette did this because she envied new lives of adventure and love. As the debate escalated, everyone’s respected Mrs. C. is trying to reach a compromise. Mrs. C. supports the author in response to those who despise Henriette, who seems to be an unhappy and miserable woman in every way. Later, she asks the author for an appointment to share a part of her life.

Mrs. C. lost her husband at a young age. In order to get rid of the negative effects of this situation, he started to watch those who gamble in Monte Carlo. The woman is trying to understand what kind of psychology people have through their hands. Meanwhile, a white-gloved hand draws her attention. The woman admired the man. However, despite losing everything in gambling, the man does not leave the table with the desire to win again. Finally, he gets up from the table. Mrs. C. can’t help himself and goes after the man. He later finds the man sitting helplessly on a bench. The man sits in the middle, ignoring the pouring rain. They start talking. He gives the woman some money to the man and tells him that he will find a place to stay, and the man accepts this offer. They are with the man that night. In the morning, Mrs. C. has great remorse. He then states that he wants to meet at the entrance of the casino at 12 and leaves the hotel. When they meet, the man tells his story. He comes from a very noble family, but started gambling after winning big money in horse racing with his uncle. Mrs. C. gives the man some more money and asks him to return home. The man also accepts she. Mrs. C. wants to run away with this man just like Henriette. However, Adam has no thought of staying with her. They leave when the man gets on the train. Mrs. C. decides he wants to go with the man and takes action to catch the train.