What is the transformation of energy? Kinetic and potential energies, how is one kind of energy changed into the other kind? 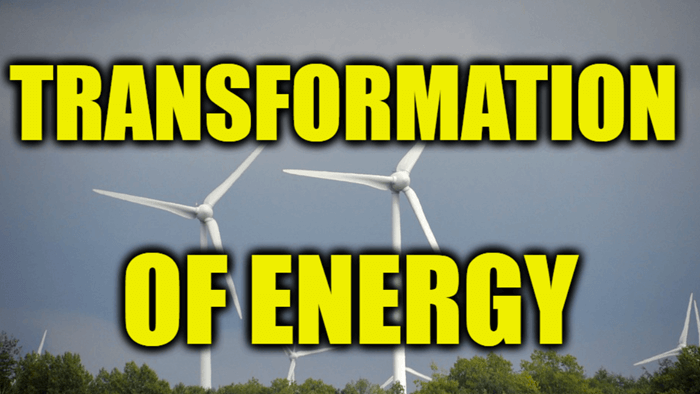 Though energy exists in various forms, scientists have found that there are really just two kinds of energy. Wind, running water, a speeding automobile, and a falling weight all have energy. In fact, any material or object that is mov-ing has energy. So one kind of energy is the energy of moving matter. Scientists call this kind kinetic energy. It is the kind of energy that matter has because of its motion. Everywhere you go, you notice materials and objects moving and making other things move. Because of their motion, they all have kinetic energy.

Materials and objects often have energy even though they are not moving. However, this other kind of energy may not be so easy for you to notice. Think for a moment about a heavy weight held up by a rope. The hanging weight is not moving, and so it does not have kinetic energy. If you cut the rope, the weight falls toward the earth. The falling weight surely has kinetic energy now. But where did the energy come from? 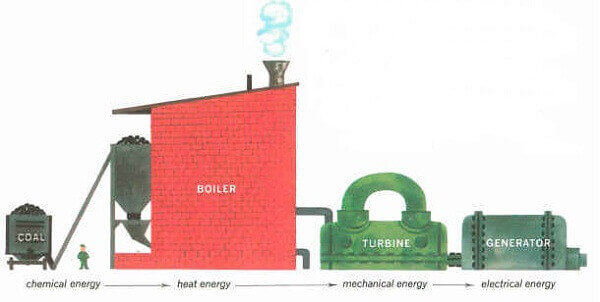 Any material or object lifted against the force of gravity has potential energy because of its position above the earth. When the material or object falls, the stored energy is released. A stretched rubber band has potential energy because of its condition. Energy is stored in the rubber band when it is stretched. If the rubber band is allowed to spring back to its original condition, the stored energy is released.

Some materials such as steel are even more elastic, or springy, than rubber. We use springs made of steel to run watches, close doors, roll up window shades, and make automobiles more comfortable. Though there are various types of springs, they ali store energy and then release it. Whenever a spring is stretched, squeezed, bent, twisted, or wound up, energy must be used. This energy is stored in the spring as potential energy. When the spring returns to its original condition, the stored energy is released.

Each form of energy is either kinetic energy or potential energy or both kinds.

Transformations of energy are often very complicated. Here are some of the changes of energy that take place in a moving automobile. Gasoline mixed with oxygen from the air goes into a cylinder in the engine where an electric spark makes the mixture explode. Chemical (potential) energy in the gasoline is released and changed into heat (molecular kinetic energy). The molecules of hot gases in the cylinder fly apart with much force. They push down on the piston, which turns a crank connected to the rear wheels. In this way, heat energy from the burning fuel is changed into mechanical (kinetic) energy used to move the automobile.