Toyotomi Hideyoshi; (1536-1598), was a Japanese warrior chieftain who unified Japan after a century of extreme decentralization and near-anarchy. He was probably the greatest military genius in his country’s history. 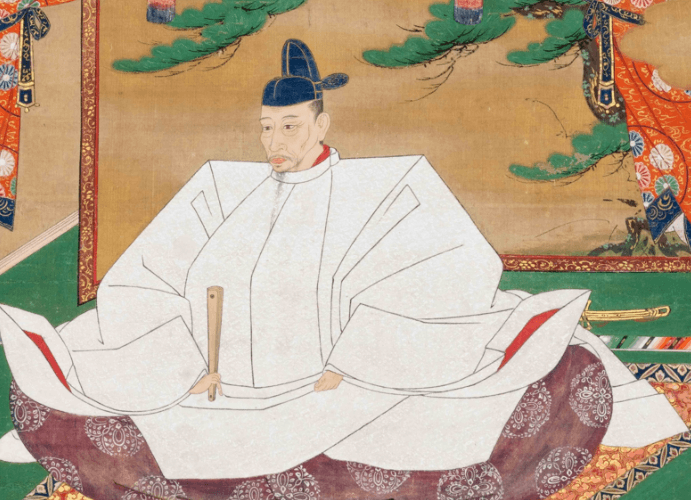 Hideyoshi rose to power from the lowest ranks of the army of Oda Nobunaga, a daimyo (regional baron) who imposed his control over much of central Japan. The son of a peasant, Hideyoshi rose to field commander by sheer ability and established himself as a preeminent strategist and battle technician. When Nobunaga was assassinated in 1582 by one of his leading commanders, Hideyoshi avenged his death and resumed the task of unifying Japan.

Like Nobunaga, Hideyoshi made the central provinces his base, and he built his principal fortress in Osaka. In a series of campaigns during the period 1582-1590 he brought all of Japan under his control. His final years were darkened by two disastrous attempts to invade Korea, in 1592 and 1597. He died in 1598 while the second invasion was still in progress and left only an infant son as his successor. Within two years another daimyo, Tokugawa Ieyasu, had emerged as the new military ruler of Japan.

Hideyoshi employed as his national administrators those daimyo who had been his personal vassals from the days before his rise to power. He maintained control over the other daimyo by means of a variety of techniques, including outright threats, marriage pacts, the shifting of domains, and the retention of hostages.

Although Hideyoshi himself had risen from the peasantry, it was he who ultimately affirmed the strict class division of samurai (warriors) and peasants on a national basis. In a series of decrees, he directed that all peasants should remain in the countryside and engage solely in farming; samurai, on the other hand, should reside in towns in the exclusive service of their warrior overlords. To ensure samurai monopoly of the military profession and to preclude further uprisings among the peasantry, which had been common during the medieval period just ended, Hideyoshi also conducted a national “sword hunt” to confiscate all weapons in the possession of the peasantry.

A unique feature of the 16th century in Japan was the coming of Europeans for the first time. The Portuguese arrived in 1542, and several decades later they were joined by the Spanish. European-style firearms, not previously known to the Japanese, came into great demand among the daimyo, and both Nobunaga and Hideyoshi won important battles with them. These weapons undoubtedly would have changed methods of warfare in Japan even more drastically and would have terminated the feudal fighting privileges of the samurai class. But Western firearms remained in scarce supply until about 1600, when civil conflict was finally brought to an end by the establishment of the lasting Tokugawa hegemony.

Besides firearms, the Europeans brought trade and Christianity to Japan. Following Nobunaga’s lead, Hideyoshi authorized official trading ships under special “vermillion seals” and these Japanese craft sailed the waters throughout East and Southeast Asia during the late 16th century. However, he did not regard trade with the Europeans as an unmixed blessing. He became increasingly alarmed by the concomitant proselytizing of Christianity, which he considered socially subversive. Yet Hideyoshi could never bring himself to outlaw Christianity fully and thus risk the loss of European trade.