The Smurfs are fictional little blue people who live in a European forest created by Peyo, a Belgian cartoonist. They first appeared in 1958, and many people know them for their cartoon show created by Hanna-Barbera Productions in the 1980s. 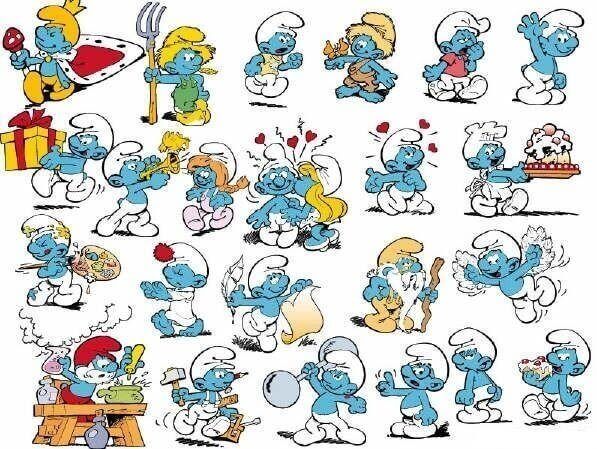 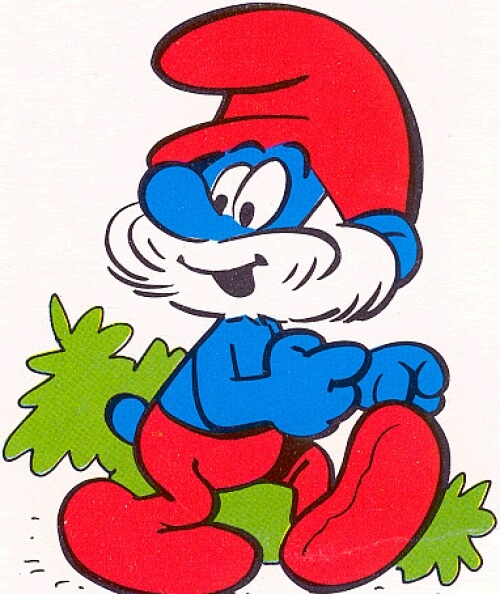 Papa Smurf is the leader of the Smurfs, and can be easily distinguished by his red clothes and bushy white beard, although it was brown in Papa’s Wedding Day, Papa’s Family Album, and Brainy’s Smarty Party. 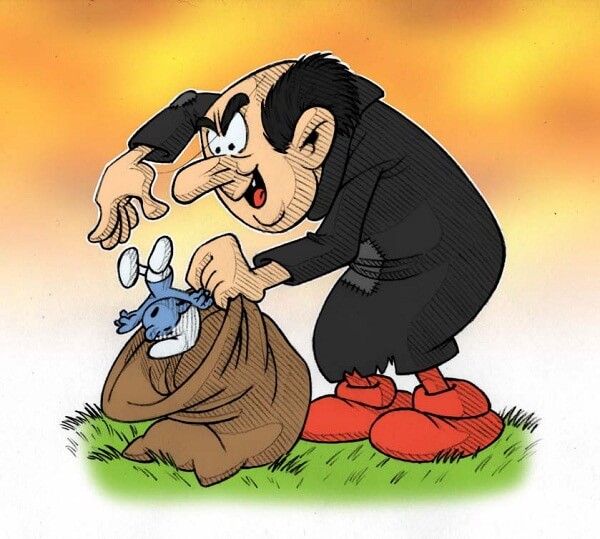 The main antagonist, Gargamel the sorcerer is the sworn enemy of the Smurfs. He is an evil wizard with limited powers. Gargamel is absolutely obsessed with the Smurfs and his main goal vacillates from trying to eat the Smurfs to trying to capture them to use in a potion to make gold. 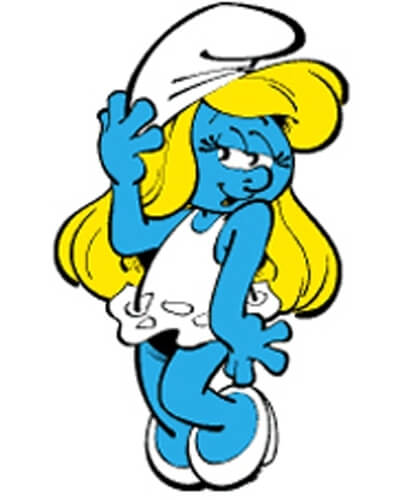 Smurfette is a female smurf who was created by Gargamel. In the cartoon she originally had black hair, though this turned blonde when Papa Smurf worked all night to make her a real smurf. 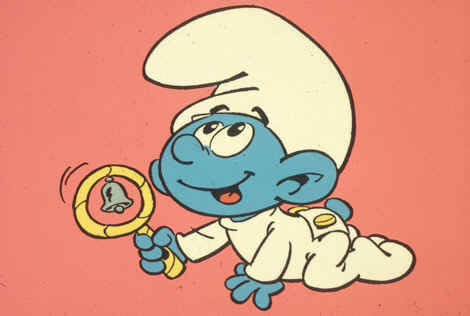 Baby Smurf was brought by a stork on a blue moon night to the Smurf village. He has magical powers in the animated version, and speaks in baby-talk. He wears pink clothing. 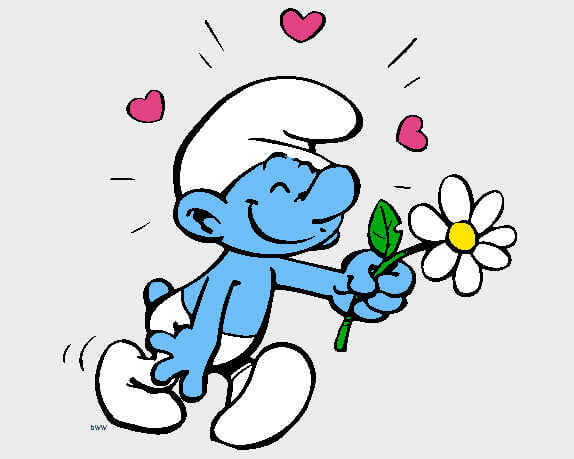 Dreamy Smurf is always dreaming of other places and other things. He is best known for his appearance as Astrosmurf, where he visits the fictitious Swoofs on their home planet. 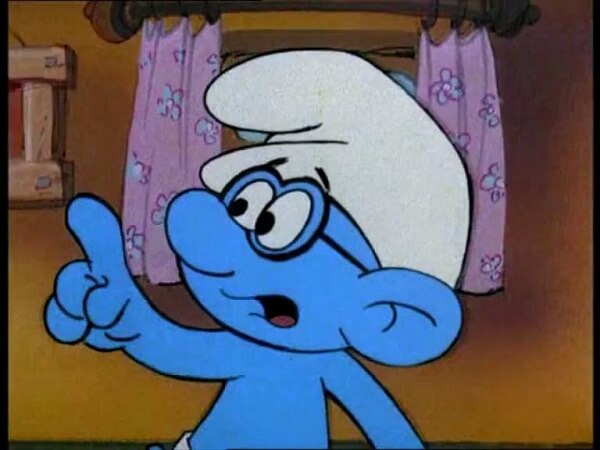 Brainy Smurf considers himself the most intelligent Smurf in the village and an expert on everything, although his actual knowledge is questionable at best; often, his attempts to help in a given situation leads to more problems. 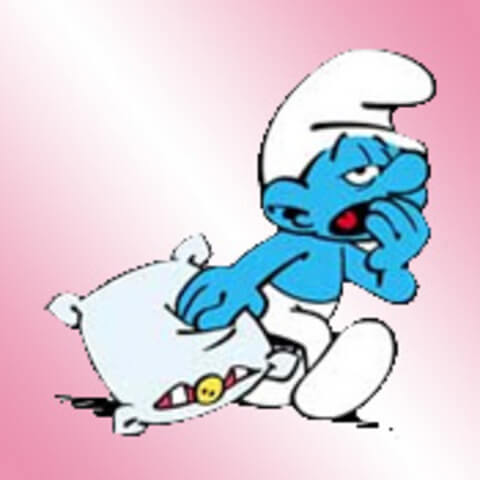 Lazy Smurf is the laziest of all the Smurfs. He spends almost all his time sleeping, either in his bed, a hammock, on the grass, or anywhere, anytime, day or night. 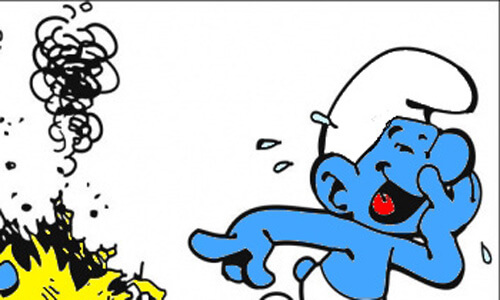 Jokey Smurf is a cheerful Smurf who enjoys playing tricks on the other Smurfs. Jokey Smurf almost always uses the same joke trick: yellow- and red-wrapped present boxes that he offers to his victims, saying it is a gift, or a surprise. 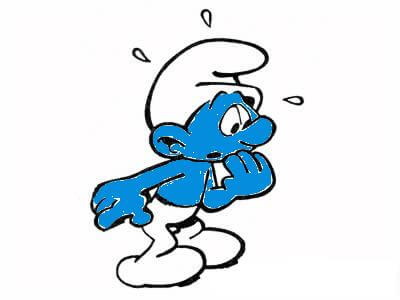 Scaredy Smurf, as his name says, easily gets scared by anything, whether it is a small insect or the noise of storm. He is often teased by the Smurfs because of this. 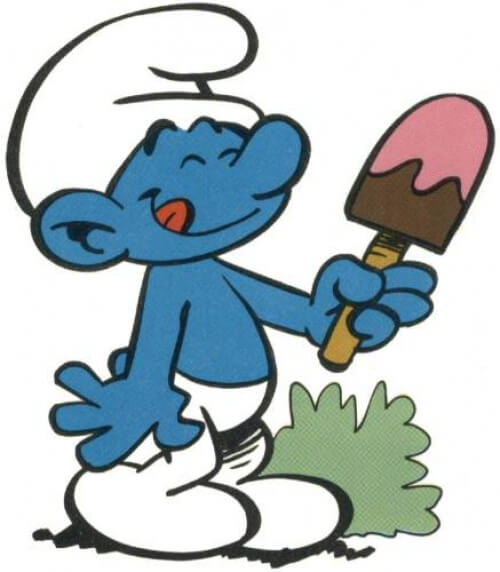 Greedy is an exceptionally gluttonous Smurf. He has an exceptional interest in eating cakes and other pastry. Greedy usually cannot seem to help himself, and he is often chased by Baker Smurf for stealing snacks and food. 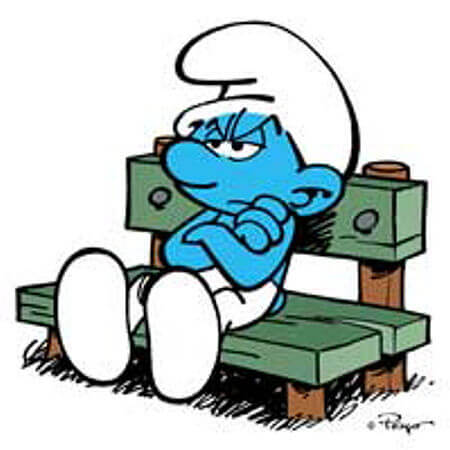 Grouchy Smurf is the misanthropic grouch of the Smurf village. His catchphrase is “I hate (something somebody else mentions)”. Grouchy usually has a scowl on his face.

Harmony Smurf is a musician who especially loves to play the trumpet, although his musical ability shows a total lack of harmony, like the singing of a certain ancient Gaulish bard, and he is usually asked to stop playing as soon as he gets started. 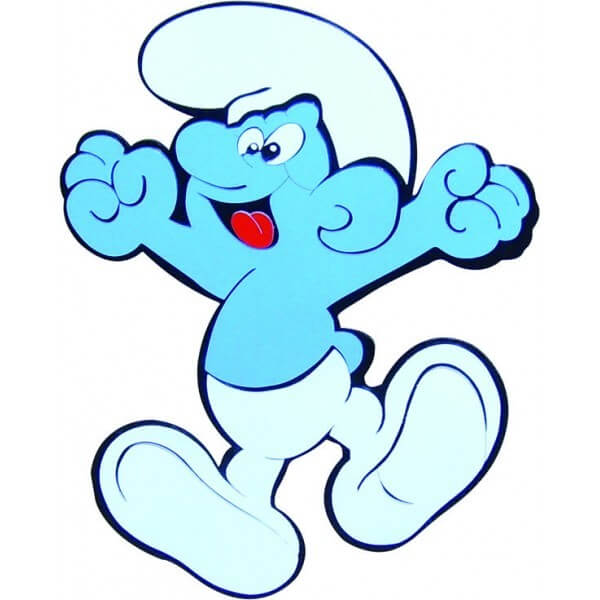 Hefty Smurf has incredible strength and often is seen doing a lot of the heavy work in the village. He also has a tattoo on his arm of a heart with an arrow through it. His favorite activity is lifting weights, and is often the one to kick Brainy out of the village. 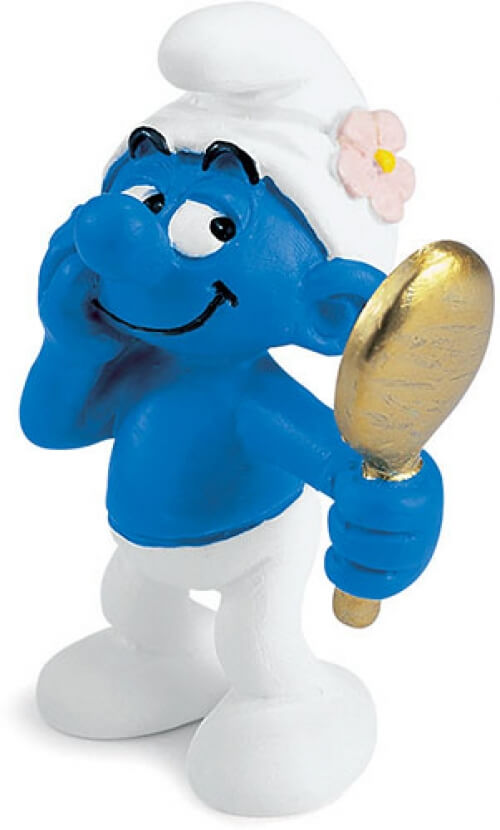 Vanity Smurf is the epitome of a Narcissist. He has a flower in his hat, and he often holds a hand mirror, staring into his own reflection, which he kisses often.