The smallest mammals in the world belong to the sorex family. The Sorexes are generally tiny. The largest are barely the size of a house mouse.

These rat-like animals, which are related to moles, have a long, pointed head, tiny eyes, and round ears that are almost lost in a soft fur. Sorexes live just below the soil surface. Since insects are their favorite food; They play an important role in the eradication of harmful species, especially by eating maggots before they develop and emerge from the soil. Sorexes also seek food for themselves under the decaying vegetation with fallen leaves. As they keep their stomach full, they can consume as much food as their weight in three hours. These creatures, who are always in motion, are active day and night in all seasons. 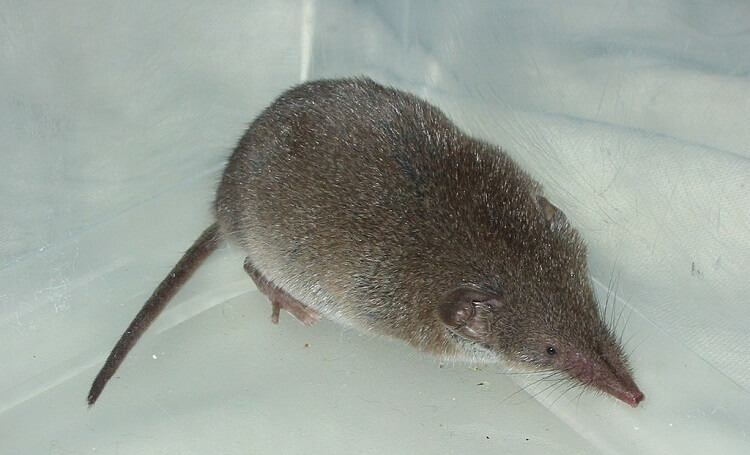 Sorex offspring two to three times a year. Puppies born in early spring find it difficult to end the year, whereas those born at the end of summer live the following year, if they do not suffer an accident. Reproduction rate is different depending on the location. In one place, sorexes are more crowded than any other animal species, and you can not find one a few kilometers away, while they mingle on the ground.

How do the Sorexes defend themselves?

The Sorexes have a lot of enemies. Owls, eagles, snakes, weasels, cats, foxes and some fish kill the sorex when they see it. One reason for this is a pair of glands in the animal’s flank. Every animal with a sense of smell can hardly withstand the bad musky odor secreted by these glands.

Many people who have not seen sorex up to that time cannot avoid chills when they first see it. According to a common belief among the people, sorex’s bite is poisonous. But sane people laugh at such false beliefs. Even though they bit themselves into the sorex, there are some people who did not suffer any harm from it. Although many sorexes have real venomous salivary glands in their lower jaws, this venom will only cause a slight paralysis of a small rat. There is only one exception. America’s short-tailed sorex can actually kill a rat that it bites.

The main feature that distinguishes Sorexes from other animals is their front teeth. The ones on the upper jaw are curved like a hook and have an additional fork. The lower front teeth are long and protruding forward. These animals are generally classified according to the color of their teeth and the length of their tails. Some breeds called “water sorex” are skilled swimmers (Their family name is: Soricidae). Let’s see some interesting members of this family.

It is one of the most hard-working mammals in the world. It is always in motion and slows down neither at night, during the day, in summer, nor in winter. He always feeds on his stomach. If he was deprived of food even for two or three hours, he would starve to death.

Although some varieties weigh only a few grams, they can tolerate temperatures of 45 to 50 degrees below zero. The long-tailed dwarf sorex (Microsorex) weighing 2-3 grams is America’s smallest animal. A sorex (Sorexminutus) with a slightly shorter tail is 3.5 – 4 centimeters long and is the smallest in England. This variety is found in all regions extending into Asia. 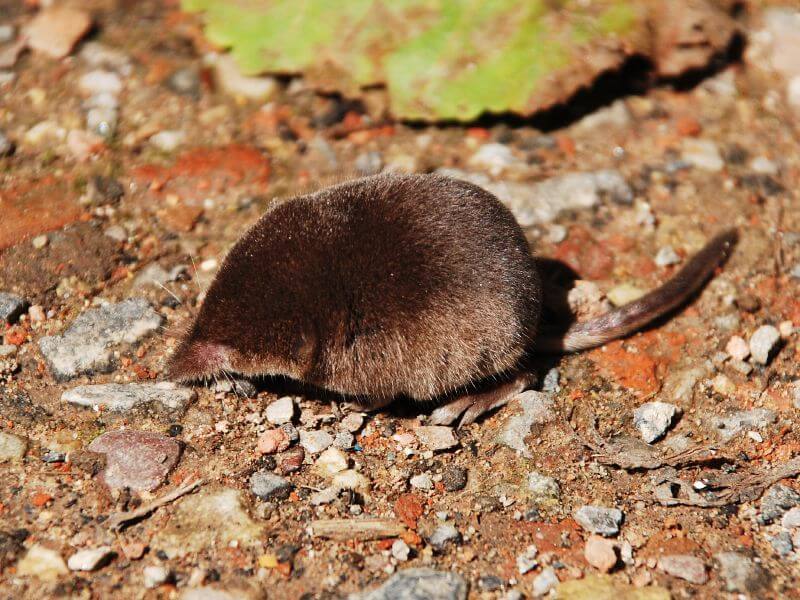 Long-tailed people, like other Sorexes, are extremely combative and fight among themselves when they are not fed. It’s like no scar on it. Soreks gets along well with only his wife. He even shows him a lot of affection during mating season. Although sometimes five or six sorexes are seen in a nest, they are members of the same family that have not yet been dispersed.

“American water sorex” is an excellent swimmer and one of the most interesting animals in North America. At first glance it resembles a miniature musk rat without eyes and ears (so tiny that it cannot be seen), but its face is sharper than this second animal.

This creature is large if measured with other sorexes. The length of the head and body approaches 7-8 centimeters. It also has as many tails. The sides of this tail are printed. Sorex gets strength from swinging it back and forth and makes its way rapidly through the water. Their hind legs are particularly long and surrounded by stiff bristles that aid in swimming. The velvet-like black fur is so dense that it keeps the animal’s body dry even in water.

He walks on the water!

We said that su sorex is a master swimmer. With the otters, the fastest freshwater swimmers, he can quite match his body. Diving into shallow ponds, it drifts on the water or walks on the bottom. Believe it or not, this lean animal can also walk and run on the surface of a pond without submerging. As he bounces on a calm pond, his feet trap air bubbles.

However, this habit of walking on water has many drawbacks. Water sorex is easily prey to fish such as trout, which are often serial swimmers at such times.

This animal is less quarrelsome compared to other sorexes, it can even be friendly according to its location. It is often seen that several water sorexes live together in a tree hole upstream of a river. This animal raises six offspring once a year.

Water sorex is more active at night than other sorexes and feeds on water spiders, freshwater crustaceans and tiny fish.

The masked sorex is a very tiny creature even in adulthood. “Its weight does not exceed 3 – 4 grams; This is the weight of a teaspoon of water. Especially newborns weigh only one tenth of a gram. The back of the animal is brown and its abdomen is grayish. It lives in shady places such as under leaves and underground tunnels. Its nest is often a grass ball 20 centimeters in diameter. In the middle of it, there is a 7-8 cm chamber. Its door is a small hole next to it. 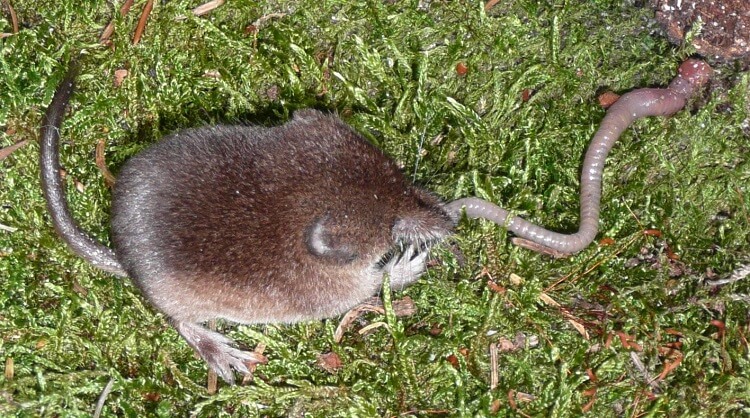 Sorex offspring are the size of a honey bee:

Although the mother sorex usually gives birth to six offspring, it has also been observed that the number of offspring found her. They are naked at birth and as small as a honey bee. Their skin is also pink and wrinkled.Mother has to always be on the move to satisfy her hunger and to provide the milk this crowded family requires. The little ones start to get fur after a week. After another week, their fur is complete. Within the third week, the first teeth come out and their eyes are opened.

One month old puppies are weaned. They are now adult sorexes and ready to take care of themselves. Instead of breast milk, adult sorex feeds on grasshoppers, snails, flies, larvae of moths, and worms. These days of playful times, sorex has fun with a grasshopper it has caught, just like a cat playing with a rat.

The masked sorex is perhaps the most sensitive and angry of all mammals. When he gets excited, his heart starts to beat 1200 times a minute. This is a record for human heartbeats at 65 to 90 per minute! The animal necessarily dies within a few minutes after being caught.

Why Are Eskimos Afraid of Sorex?

Sorex – although excited about everything, many people around the world are also afraid of it. Especially the Eskimos believe that this disturbed animal will be thrown on a person, stab in his flesh and enter his heart and cause his death. Encountering with a sorex, the Eskimo stands still like a stone until the animal passes by and thanks God for surviving without an accident.