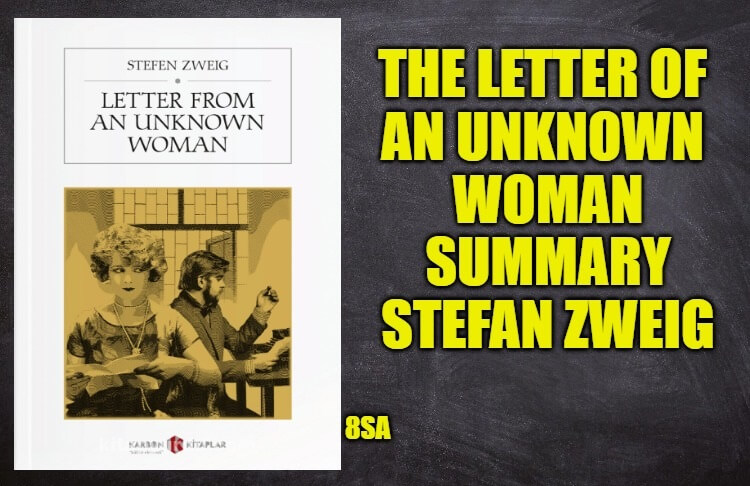 The Letter of an Unknown Woman

Letter from an Unknown Woman, as a symbol of true love and sacrifice, packs an astonishing love into a short book. Stefan Zweig, who impresses the reader with his psychological analyzes in the books he has written, reveals the same feature in this book. It would not be right to call this book a simple romance novel because the woman whose name is unknown in the book leads an incredible life so that the man she loves does not feel under pressure and realizes herself. An innocent love that sprouts in the heart of a 13-year-old boy intensifies in his teenage years, and a young girl sacrifices her whole life for her love. Moreover, she does not expect anything from the man she loves, because the man is living his own life, unaware of his existence.

The Letter of an Unknown Woman takes the perspective of love to a different dimension. The book consists of a letter written by a dead woman to the man she fell in love with. Only one letter tells the reader about the woman’s whole life, her love for the man and what she did for his love. When the girl was 13 years old, she fell in love with a man who lived in the same apartment. Although they meet once in a while, the man is unaware of her. The little girl is constantly watching the man’s path and her love for him grows with her. Years pass, that little boy becomes a young girl, but his love still continues. Even though they have moved to another place, they move to the man’s relatives by whatever they do. She follows him constantly, watching from afar without disturbing him as he burns with love. All she wants is for the man to notice her. Finally, one night, the man sees her and they spend the night together. At the end of this night, the man goes on with his own life again. But the young girl became pregnant from him. She does not tell him about her pregnancy so as not to put any responsibility on the man. She gives birth to her child alone and under very difficult conditions.

The woman now lives only for her son. Since the child is a part of the man, his whole purpose is to give his son a good life. For this reason, she begins to be with men for money. She is determined to stay true to her love even though she has many good suitors who want to marry her. One night, she gets the chance to be with the man she fell in love with again. The man does not recognize him again and gives him money in the morning of the night. The woman still does not tell the truth to the man because she does not want to force him to take a responsibility that she does not want. He suffered a lot for this cause and lost his son when he was 11 years old. The only consolation of the woman in life was thus gone from her hands. On the night of her son’s death, the woman writes the letter, which is the subject of the book, to the man she fell in love with. He writes everything down in this letter. The woman candidly writes everything from the first time she saw the man to that day. This letter will be given to the man only when he dies. He did not reveal his existence to the man throughout his life, and he did not write his name in the letter he wrote while he was dying. Despite all the encounters and experiences, because the man did not notice her, the woman was constantly in her letter; He repeats the phrase “you never knew me”. But he never reproaches or blames the man.

Letter from an Unknown Woman is a book by Stefan Zweig that reflects his style. Although it seems like a short story, it actually tells about a whole life and a great love based on self-sacrifice. If you’re interested in the Letter of an Unknown Woman book review, I recommend you put it on your to-read list.