What is ax? How do people use axes during the history? Information about the uses of axes in history, The axes on Bronze, stone and iron ages.

Ax; a tool for chopping wood or other material. It consists typically of an iron or steel head, with a sharpened edge, attached to a wooden handle. In ancient and medieval times the ax was an important weapon. The carpentry and logging trades use many kinds of axes and hatchets. 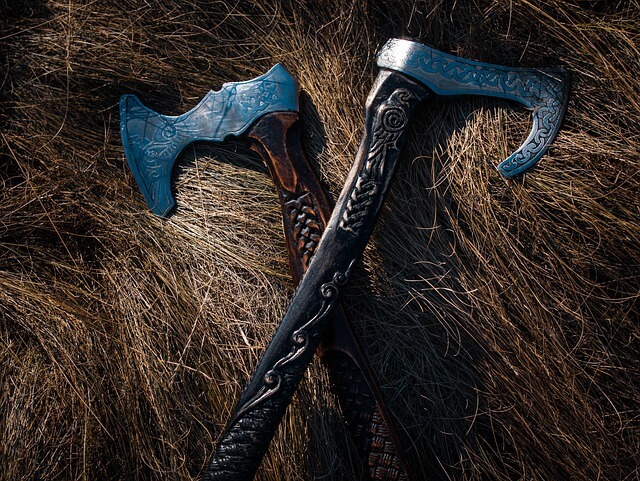 The ax was one of the first tools fashioned by man and one of the most important. Anthropologists and archaeologists trace the progress of human culture by the way in which particular groups of men produced axes and other tools at particular times.

The first axes were produced in the Old Stone Age. They were all-purpose tools to be held in the hand for chopping, pounding, digging, crushing, cutting, and slicing. Because they did not have handles, they are called “hand axes” or sometimes “fist hatchets.”

As primitive man began to develop toolmaking skills, axes were formed by either of two methods: the core, by which a slab of flint or other stone was chipped along one side or end to produce a sharp cutting edge; and the flake, which ultilized a single piece of stone chipped from a large slab.

Stages of culture in the Stone Age have been classified according to the toolmaking traditions they adopted. Thus the Abbevillian was a core-tool culture, while the Acheulian was a blade-tool culture. 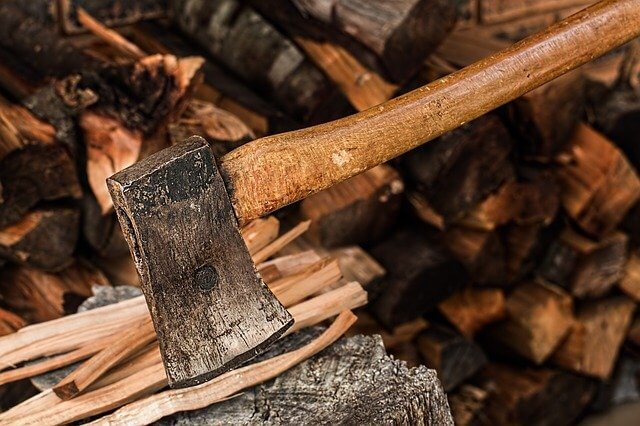 Stone Age man used the hand ax to skin the hides from game animals and to cut up the flesh. As he developed greater skills, he learned how to grind and polish the hand ax so that it would cut better. Later, he learned how to attach a wooden handle to the ax, by boring a hole either in the handle or in the stone head itself. By the time of the late Stone Age, axes were highly refined, durable tools. Grinding techniques superseded the older chipping and flaking methods and enabled man to make use of more durable stone materials, such as basalt.

For many hundreds of thousands of years the stone ax was man’s principal tool. Excavated specimens of this ax indicate that early man, regardless of his geographical location, produced axes in much the same way. As certain cultures became more settled with the introduction of agriculture, they developed a division of labor, and skilled toolmakers in a factorylike system produced standardized axes and other tools.

Greater refinements in ax production occurred during the Bronze and Early Iron ages. Some of the earliest bronze axes were virtually copies in metal of traditional stone axes. However, as man improved his skills in working with metals, axes became elaborately decorated precision tools and weapons of war.

In addition to being a tool and weapon, the ax was a symbol of power and an emblem of divinity. Axes of bronze, jade, or polished stone were cult objects. The fasces carried by the Roman lictors included an ax as a symbol of authority. Through the Middle Ages the ax was a standard military weapon.

The iron—later steel—ax became a basic tool of farmers, carpenters, and loggers. In fact, an ax was a household necessity where wood was used as fuel and building material. In colonial America the ax was the most valuable tool of the early settlers, and it became a symbol of the frontier. It was used to clear land for agriculture and to prepare building materials from raw timber. The typical American ax was vastly improved over the European type brought over by the first immigrants. The blade was made thinner, broader, and sharper, and the handle was set forward in the blade. Every community had at least one craftsman who specialized in making ax handles, the most favored wood being hickory.

With advances in metallurgy, ax heads by the late 19th century were made entirely of steel. In the 20th century, power tools tended to replace axes for timber cutting. The ax, however, remained an important tool.