The Great Depression is the biggest economic and financial crisis in the United States. Its causes were a combination of factors, partly still discussed by historians today.

While there is no agreement on the weight of each of the following causes, there is no doubt that they all played an important role in the unleashing of the Great Depression.

The fall continued in the following three days reaching 30 percent of its value. That day is known as Black Tuesday and is considered the beginning of the Great Depression and the trigger of a great financial panic and the loss of confidence in the economic system of the United States. 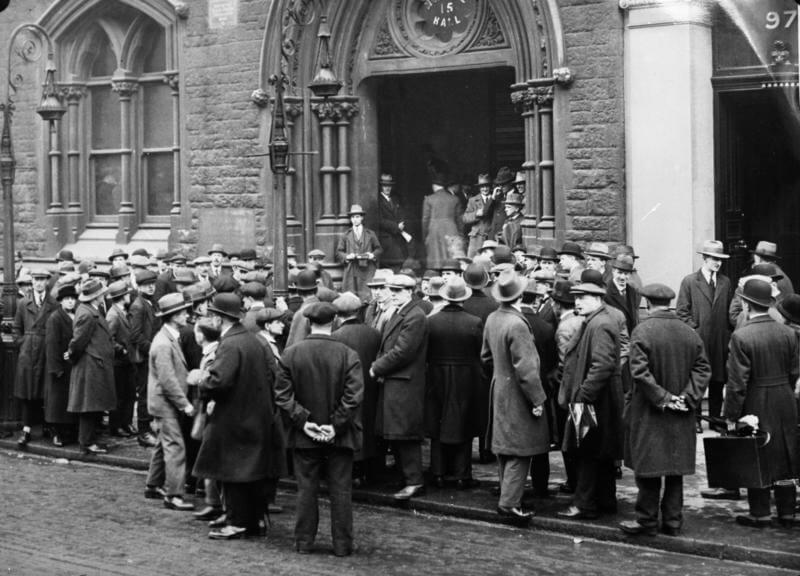 In the first years of the Great Depression, more than nine thousand banks went bankrupt, leaving depositors without savings. At that time, unlike what happens now, there was no FDIC guarantee. This means that the money deposits were not insured in any amount. If the bank went bankrupt, the savers would run out of money. And this was precisely what happened.

In addition, seeing what was happening with banks, there was a massive withdrawal of savings from all types of banks faced with the fear of running out of savings. This led to the bankruptcy of banking institutions that were solvent but could not cope with the giant withdrawal of deposits.

When the banks failed, the businesses had increasingly difficult access to credit to finance their businesses. In addition, the bankruptcies of the banks and the fall of the stock market of Wall Street had finished with the savings of thousands of Americans. What resulted in a lower demand for the purchase of products and services. 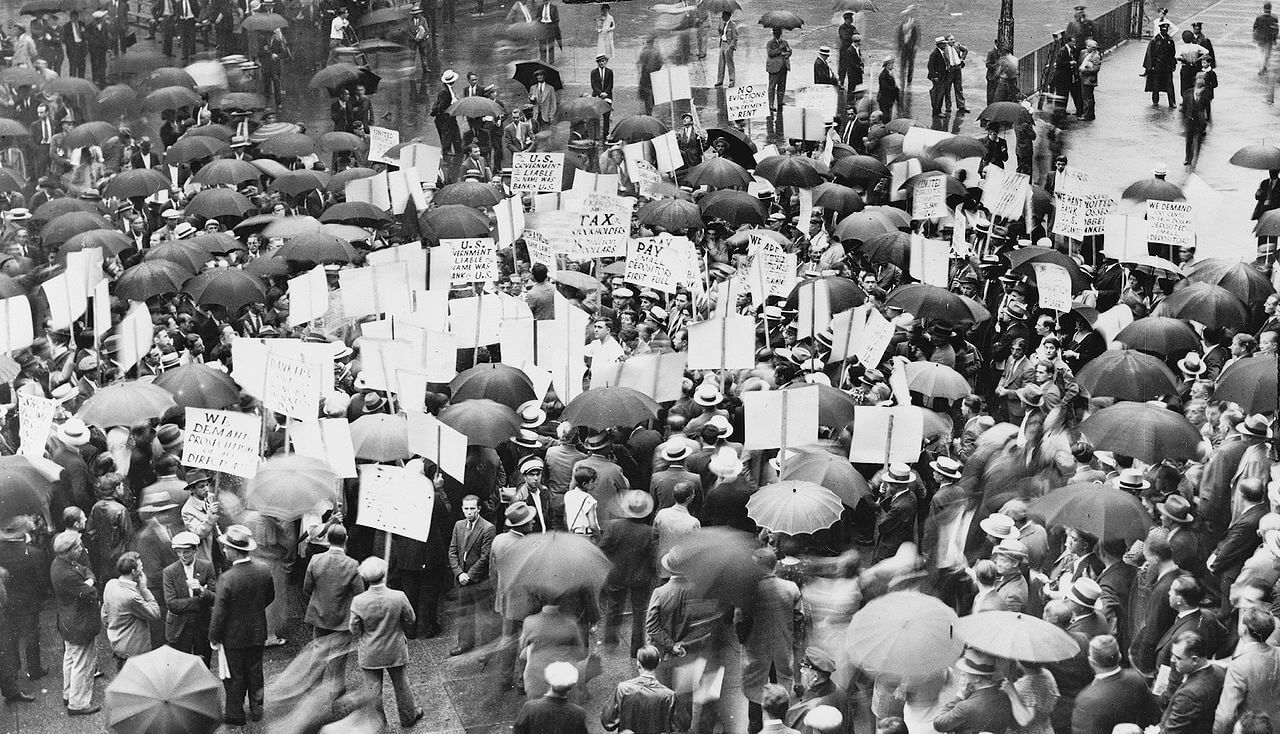 The companies reacted by trying to survive by cutting expenses, including the salaries of workers. This was the era of mass layoffs with the unemployment rate reaching the historic record in the United States of 25 percent.

Among the measures adopted by the government of Washington to try to protect the economy of the United States, one stands out for its counterproductive nature: the establishment of the Smoot-Hawley tariff in 1930.

The idea was to protect national production by establishing import tariffs. In this way, imported products would be much more expensive and thus there would be more market for nationals. Although originally intended to apply only to agricultural goods to protect American farmers, the tariff was extended to many more products, including industrial goods.

While the theory of this policy was to protect domestic production, the practice turned out to be very different. The European countries, which were the main ones harmed by this measure, adopted similar policies in revenge. And so, the United States was left without an international market in which to sell its products aggravating the internal crisis.

And what’s more, the measure generated a global market paralysis, leading the economic crisis to new countries. Likewise, the maintenance of the gold standard also influenced, which contributed to provoking deflation.

A drought of biblical proportions

A great drought hit the states of the Great Plains of the United States. The effects were aggravated because after decades of unsustainable exploitation, the soils were totally desertified.

When the drought hit the area it became a large “powder bowl” or Dust Bowl in English. Sometimes it was impossible to see beyond a couple of meters. Respiratory diseases skyrocketed, crops were spoiled, mortgages and loans stopped paying, and the largest internal migration in the United States was triggered. 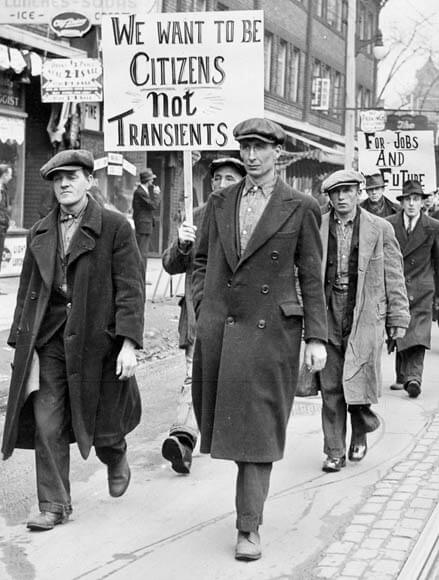 Up to two million people emigrated from states like Oklahoma, Kansas, Texas, New Mexico and Arkansas to the new Eden: California.

Measures against the Great Depression

When Franklin Delano Roosevelt took office as president in 1931, he introduced a series of measures known as New Deal or New Deal to deal with the crisis. Even today, its effectiveness continues to be the object of great debate among historians and economists.