Susan Brownell Anthony;  (1820-1906), American reformer and advocate of woman’s rights. She was an effective speaker and writer, but her greatest assistance to the cause of woman’s rights was as an organizer and initiator of action. For more than 50 years she made major contributions, in the face of continuous opposition, to the struggle for equality of women.

Miss Anthony was born in Adams, Mass., on Feb. 15, 1820. Brought up by Quaker parents in western New York, she early developed a sense of independence and moral zeal. Because it was the only profession open to women, she became a teacher. Susan’s views were influenced by the reformers who gathered in the family home near Rochester, N.Y., and especially by her acquaintance with Elizabeth Cady Stanton. By the time she was in her early thirties she was convinced that until women were granted equal rights with men, there was no hope for social betterment in America. 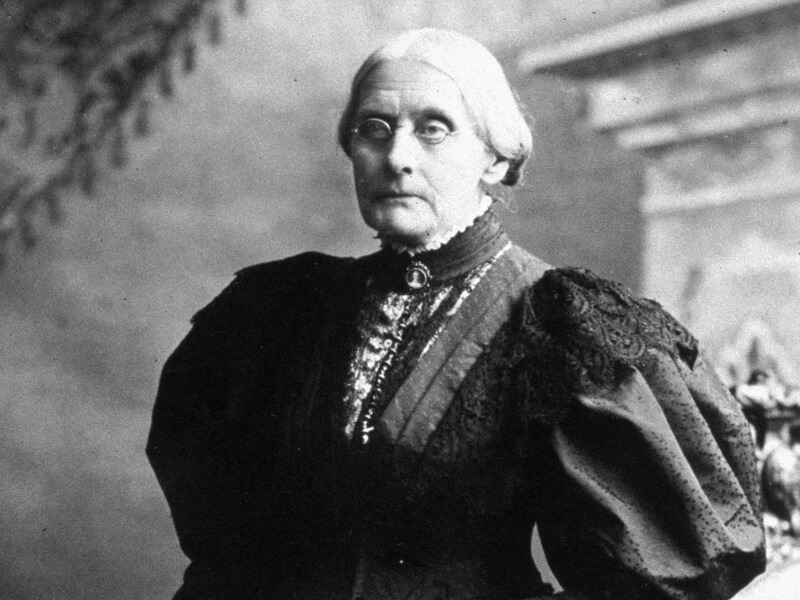 Miss Anthony, who never married, first crusaded publicly in behalf of temperance. Rebuffed by male temperance workers in 1852, she and others then formed the Woman’s State Temperance Society of New York, unique in its time. She was also an ardent abolitionist.

Miss Anthony campaigned, first in New York, then across the country, for the right of women to control their own property, to have guardianship of children in case of divorce, and to vote. She developed the technique of showering elected officials with thousands of petitions demanding action. The results were often discouraging, but gradually many states began to give women some legal status—the right to control property and to get an education—though they were never considered the equal of men in her day.

When the 14th Amendment to the Constitution granted the vote to all “male inhabitants,” Miss Anthony fought unsuccessfully to have women included. In 1872 she registered and voted in Rochester in order to test the legality of the amendment. She was arrested, tried, and fined for violating the law, but she refused to pay on the grounds that the law was wrong.

When the woman’s rights movement split into two groups in 1869, Miss Anthony became, along with Mrs. Stanton, a leading member of the faction that advocated woman suffrage by an amendment to the Constitution rather than through state action. Years later (1892-1900) she served as president of the National American Woman Suffrage Association, which represented the reunited movement. She died in Rochester on March 13, 1906. Fourteen years after her death, the “Anthony Amendment,” providing for full woman suffrage, became the 19th Amendment to the Constitution. 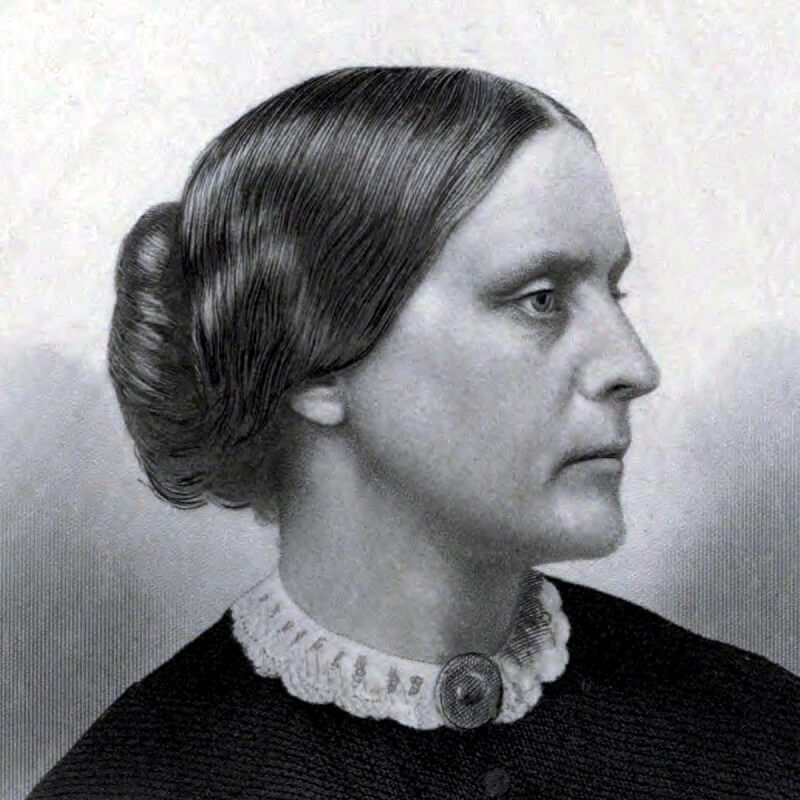 In appearance, Miss Anthony was rather austere, and she sometimes seemed aggressive and bold, but she had great physical vigor and an ability to inspire. Miss Anthony helped to compile the first four volumes (1881-1900) of the History of Woman Suffrage.