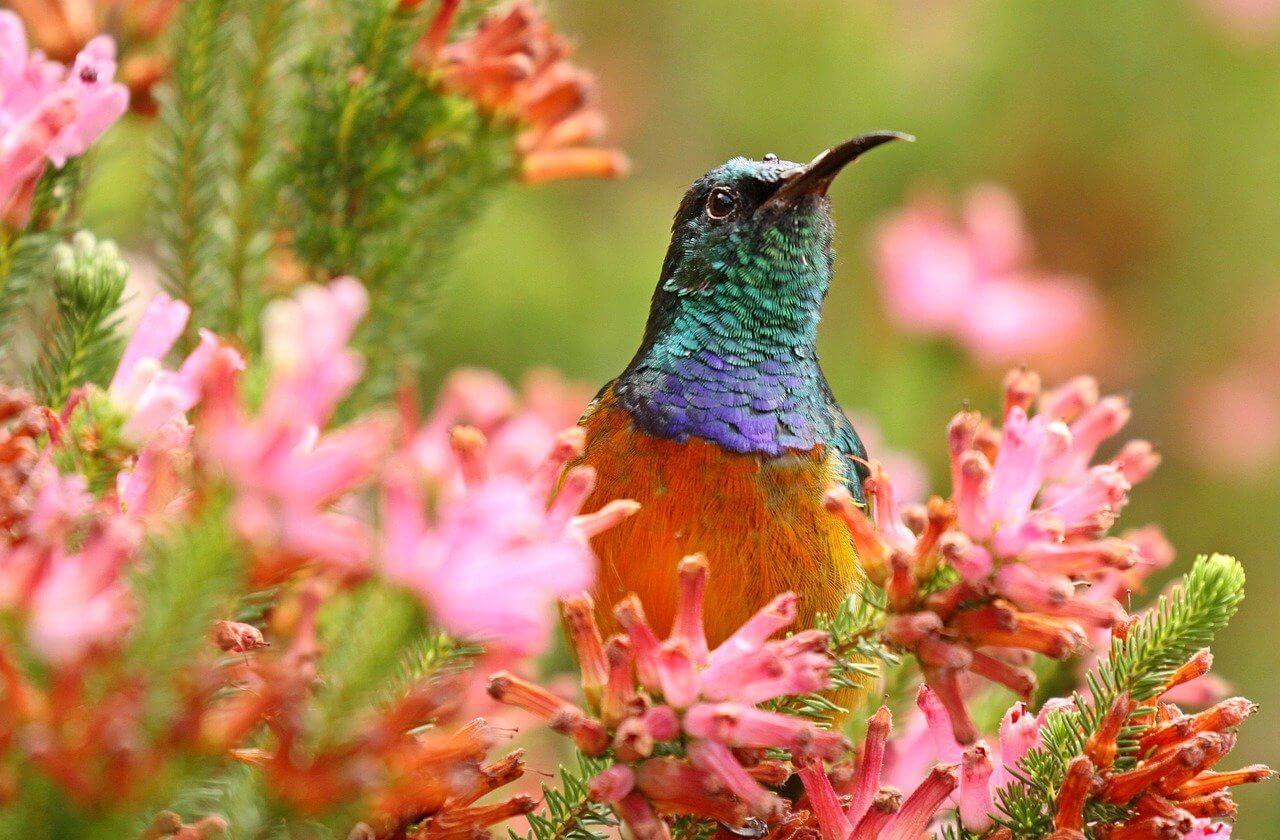 Sunbird; any of over 100 species of small, brightly colored, nectar- and insect-eating birds. More than half of the species live in Africa; the rest live in India, Ceylon, Burma, Malaya, the East Indies, and Australia. Several atypical species are often called “spider hunters” because of their feeding habits. Sunbirds are the ecological equivalents of New World hummingbirds.

Sunbirds are 3,5 to 8,5 inches (9-22 cm) long. They have long, slender, down-curved bills; extensible tubular tongues forked at the tip; rounded wings; rounded or square-tipped tails; and short, stout legs. Both male and female spider hunters are drably colored, but the males of other sunbirds are brilliantly colored.

Sunbirds feed on both flower nectar and insects, but unlike hummingbirds they tend to perch on the flower being probed rather than to hover around it. Occasionally they puncture long flowers to get at the nectar. They travel through flowering areas according to the blossoming season. They are nongregarious and non-migratory.

The female alone builds a purselike nest, with a porticolike roof, suspended from a branch. The nest is made of plant fibers held together with spider webs and raggedly camouflaged with coarse vegetation and lined with hair, down, or feathers. One to three eggs are laid, white or pale blue and streaked or blotched. The female alone usually incubates the eggs for 13 or 14 days, but the male may help feed the young.

Sunbirds make up the family Nectariniidae of the order Passeriformes.