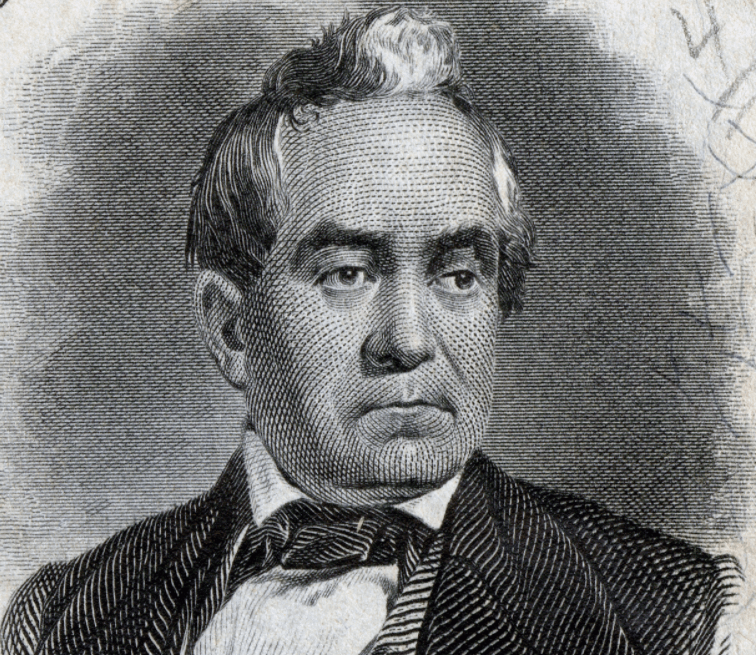 Silas Wright; American political leader: b. Amherst, Mass., May 24, 1795; d. Canton, N.Y., Aug. 27, 1847. He graduated from Middlebury College, was admitted to the bar in 1819, and began practicing in Canton. From 1824 to 1827 he was in the New York State Senate, where he became a leader of the Bucktail Democrats (opposed to DeWitt Clinton) and a member of the Albany Regency group. (See Albany Regency; Bucktails.) In 1827 he went to the House of Representatives in Washington, where he favored protection and helped frame the 1828 “tariff of abominations” (which later, in 1842, he admitted was “a great error”). He resigned his House seat in 1829 to become comptroller of New York State and resigned this office in turn in 1833 to complete the term of William L. Marcy (who had been elected governor of New York) in the United States Senate. Reelected senator in 1837 and 1843, Wright was held in high esteem by his colleagues. He was a logical and powerful reasoner, of unflinching integrity, and ready to sacrifice his inclinations to the needs of the Democratic Party. His contemporaries referred to him as “the Cato of the Senate” and “the Cato of the Union,” and Arthur M. Schlesinger characterized him as “a preliminary sketch for Abraham Lincoln.”

As senator, Wright opposed rechartering the Bank of the United States, urged an independent treasury system, and saw the bill for the latter passed in 1840. Refusing President John Tyler’s offer of an appointment to the United States Supreme Court in 1844 and the nomination for vice president on the Democratic ticket in the same year, he resigned his seat in the Senate to run for governor of New York, winning the election and carrying the state for the Democratic presidential candidate, James K. Polk. As governor Wright alienated the landlord interests by advocating rent reform but also lost popular support by suppressing the antirent disturbances. He was renominated in 1846 but lost to his Whig opponent, John Young.