The biography of Sergei Ivanovich Ozhegov and his relatives is so full of complex and dramatic events that it could well become the basis of an independent work dedicated to the fate of the Russian intelligentsia. 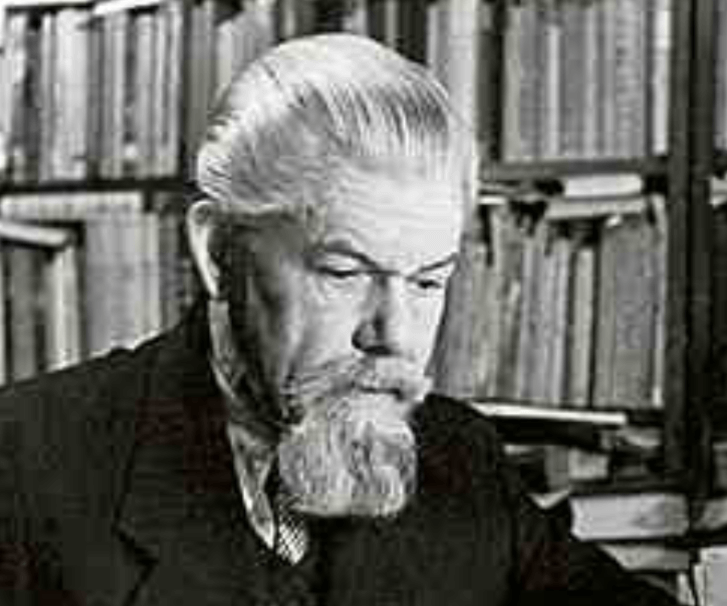 The Ozhegov came from the Demidov serfs who worked in the factories of the Urals. Sergei’s grandfather worked as a laboratory assistant at the Yekaterinburg plant; he managed to give a higher education to all of his fourteen sons and daughters. Sergei’s father, Ivan Ivanovich, became an engineer and got a job at the Kuvshinova paper mill, famous for his technical innovations. Kuvshinova herself was close to social democratic ideas and managed to create a comfortable residential village in Kamenny, in which there were not only hospitals and schools, but even the House of the People. The young engineer received a four-room apartment, which became a meeting place for the local intelligentsia. It is known that Maxim Gorky, who was a guest, also visited there.

Sergei Ozhegov’s mother worked as a midwife in a factory hospital. She gave birth to three children, the eldest of whom was Sergei. The middle brother later studied at the Institute of Civil Officers of the Faculty of Architecture, the youngest became a student at the Institute of Railways.

In 1909 the Ozhegov moved to Saint Petersburg.

Ivan Ivanovich began work on the State Document Acquisition Expedition (the future Goznak). He received an apartment for his large family. Sergei started going to the gym, became interested in chess, was in a sports society. After graduating from high school, he entered the Petrograd University, but soon left to stay with relatives in the city of Opochka.

On December 5, 1918, Sergei Ivanovich Ozhegov enlisted as a volunteer in the Red Army. He had to fight near Narva as a battalion chief of staff. For the battles in Karelia he received a special badge «In memory of the liberation of Soviet Karelia from the Finnish white bands».

In the mid-1920s, the division in which Ozhegov served was transferred to southern Ukraine. He runs the intelligence of the regiment, then the headquarters of the regiment. At that time, intense battles were fought with Wrangel’s troops, but Sergei Ozhegov also had to participate in the elimination of local gangs. He was soon appointed chief of staff for logistics.

Until 1922, Sergei Ivanovich Ozhegov held leadership positions at the headquarters of the Kharkov Military District in Ekaterinoslav (now Dnepropetrovsk). He is offered to continue his education at the military academy, but Sergei refuses, demobilizes for health reasons and returns to Petrograd, continues his studies at the university’s faculty of philology.

Shortly before graduating from university, Ozhegov married a student from the philology faculty of the Alexander Herzen Pedagogical Institute. Ozhegov’s father-in-law, a priest, at one time dreamed of a conservatory, but fate decreed otherwise, and he realized his love for music in the family circle. In the memoirs of Ozhegov’s son, it is said that the grandfather played the harmonium with mastery in both classical and folk music.

The works of Sergei Ozhegov are devoted to the problems of lexicology, lexicography, sociolinguistics, theory and practice of speech culture, the history of the Russian literary language, the language of individual writers. The scientist prepared for publication the Dictionary of the Works of Alexander Nikolaevich Ostrovsky, but it was only published after Ozhegov’s death.

The scientist edited the “Spelling dictionary of the Russian language” (1956), other dictionary-reference books: “Russian literary pronunciation and accent” (1955), “Russian speech correction” (1962). It is difficult for a modern reader to even imagine what colossal work is behind a simple list of works in the Ozhegov dictionary. In fact, together with his associates, he practically prepared a reform of the Russian language, which led to certain changes in the established norms.

Since 1952, Sergei Ivanovich Ozhegov headed the sector of speech culture at the Institute of the Russian Language of the USSR Academy of Sciences. We can say that Sergei Ivanovich is the founder of the culture of speech as an independent philological discipline. He came up with the idea of ​​organizing a public reception room, in which the institute’s employees are still on duty, patiently answering phone calls when subscribers request to confirm the rules for using certain words. Ozhegov was also the founder and editor-in-chief of the collection “Questions about the culture of speech.”

Sergei Ivanovich Ozhegov’s death came as a surprise to his loved ones: after the operation, he contracted infectious hepatitis and died suddenly. The urn with the scientist’s ashes rests in the Novodevichy cemetery.