Who was Samuel Pepys? An overview of the life and activities of Samuel Pepys, a British navy administrator and diary writer, who is famous for his diaries. 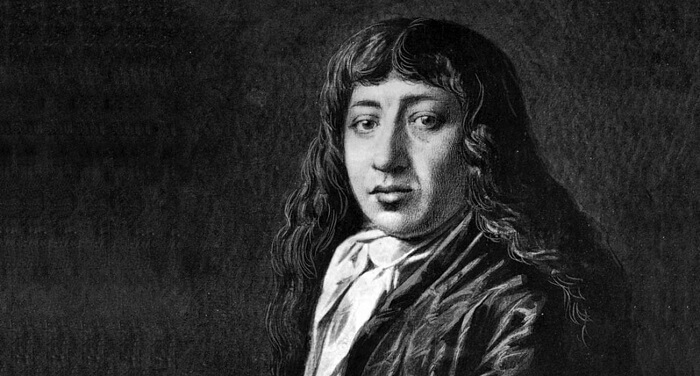 Samuel Pepys; English diarist and naval administrator: b. London, England, Feb. 23, 1633; d. there, May 26, 1703. Of Fenland yeoman stock, he was the son of a tailor who lived and worked in Salisbury Court, Fleet Street. He was educated at St. Paul’s School and Magdalene College, Cambridge, to which he left his library and collection of naval and medieval manuscripts. Like most of his schoolfellows, the sons of London merchants and shopkeepers, he was brought up a Roundhead in politics and a Puritan in religion, and witnessed the execution of Charles I. But an influential cousin, Edward Montagu, afterward 1st earl of Sandwhich, who was commanding the English Fleet in the confused time after Oliver Cromwell’s death, asked Pepys to accompany him as his secretary in the ship that brought Charles II back to England. As a result, at the Restoration, Pepys was given the post of clerk of the acts of the Navy Board —an office that carried with it an official house in Seething Lane on Tower Hill and a dignity far greater than a man of such modest birth could have expected at the early age of 27.

Pepys made full use of his fortune and, by industry and ability, made himself highly useful to his colleagues of the Navy Board—the body that administered, manned, and equipped the king’s ships. By the time of the two great naval wars (1665-1667 and 1672-1674) against the Dutch, Pepys, though its junior member, had become the most influential officer on the board and the confidant of the lord high admiral, the duke of York (later James II), the king’s brother and heir. At this time, from his vantage point in the Navy office, Pepys painted in his diary a wonderful picture of the Great Plague (1665), the Fire of London (1666), and the panic caused by the appearance of the Dutch Fleet in the Thames and Medway (1667).

In 1673, when Pepys was 40, the duke of York, who had become a Roman Catholic, was forced by political clamor to resign the admiralty of England, which was placed in commission under an Admiralty Board, of which Pepys became secretary. As he was simultaneously sent to Parliament, where he answered for all naval matters, he virtually combined the modern offices of first lord of the admiralty and permanent secretary. In this capacity he was responsible during the next six years for inaugurating the most far-reaching administrative reforms in the Royal Navy’s history and for the great shipbuilding program, including the launching of 30 battleships, which a generation later established England’s permanent preeminence at sea and rendered possible the campaigns in which the 1st duke of Marlborough defeated Louis XIV’s armies and Sir George Rooke captured Gibraltar.

During these years Pepys was a man of great dignity and consequence and of considerable wealth, though after the death of his wife in 1669—the year in which he also ceased to keep his diary—he seems, unlike most successful men of his time, to have come to regard the accumulation of money, for which in his office he had immense opportunities, as of secondary consideration. He collected silver, pictures, and fine books, but never purchased an estate. He later became president (1684-1686) of the Royal Society, and his name appears on the title page of the greatest of all scientific books, Sir Isaac Newton’s Principia. He was also master of Trinity House and of the Clothworkers Company, and a governor of Christ’s Hospital.

In 1679 Pepys became a victim of the national scare called the Popish Plot when he was falsely accused of high treason by tools of the republican opposition, deprived of his office, and thrown into prison on a trumped-up charge. It was hoped by his enemies that he would try to save his life by accusing his royal friend and former master, the Catholic duke of York ; but with great courage and persistence Pepys collected such a formidable dossier against his accusers that the case against him collapsed. By 1683 the attack on the monarchy had lost its momentum, and Pepys was entrusted by the king with a mission to help in the evacuation of England’s first African colony, Tangier, of which he had for many years been treasurer. On his return he was reappointed to his old post of secretary of the admiralty ; and when, in 1685, the duke of York succeeded his brother as James II, Pepys became for all practical purposes the ruler of the Royal Navy.

For the next three years Pepys was engaged in restoring the fleet, which, in his absence, had fallen into shocking disrepair, and in remaking its administration. This time his foundations stood firm ; when in the winter of 1688-1689 his enemies again triumphed and James II was driven out of England, the latter’s successor, William of Orange, refused to allow Pepys’ work to be destroyed by corruption and neglect. Though out of loyalty to James, Pepys refused to serve the new king and, in his fellow diarist John Evelyn’s phrase, withdrew himself from all public affairs, the sound rules he had made for the preservation of naval efficiency and discipline continued to be observed and a century later, at the time of Horatio Nelson’s victories, were still being honored.

The last 14 years of this great administrator’s life were spent in learned retirement, at his house in York Buildings overlooking the Thames and at Clapham, where his former clerk, William Hewer, had a country house. Here, in the words of his friend, Evelyn, “he enjoyed the fruits of his labors in great prosperity. He was universally loved, hospitable, generous, learned in many things, skilled in music, a very great cherisher of learned men, of whom he had the conversation.” In 1690 he published his Memoires relating to the State of the Royal Navy . . ., covering the years 1679-1688. Not until a century and a quarter after his death, when the shorthand diary of his early manhood was published by the fellows of his old college, did it become known that Pepys had been the author of what was to become the world’s most famous diary.