Samuel Morse; American artist and inventor: b. Charlestown, Mass., April 27, 1791; d. New York, N.Y., April 2, 1872. The eldest son of Jedidiah Morse, he began painting miniatures on ivory before graduating from Yale in 1810, and desired to study under Washington Allston. His parents discouraged him, but their opposition was withdrawn after a large painting, The Landing of the Pilgrims at Plymouth, was judged to be of great promise by Allston and Gilbert Stuart. In June 1811 Morse went to England as Allston’s pupil, returning to the United States in 1815.

He hoped, he said, to recapture the beauty and power of 15th century Italian painting. At that time, however, an artist in the United States could find no work except in portraiture. Morse accepted this limitation of opportunity and, after his return from Europe, worked industriously on portraits. The contemporary diarist, Philip Hone, writing in May 1833, said of him: “He is an excellent fellow and is well acquainted with the principles of his art; but he has no imagination. He makes good portraits, strong likenesses; . . . but he cannot design. There is no poetry about his paintings” (The Diary of Philip Hone, ed. by Allan Nevins, New York 1927, p. 93). 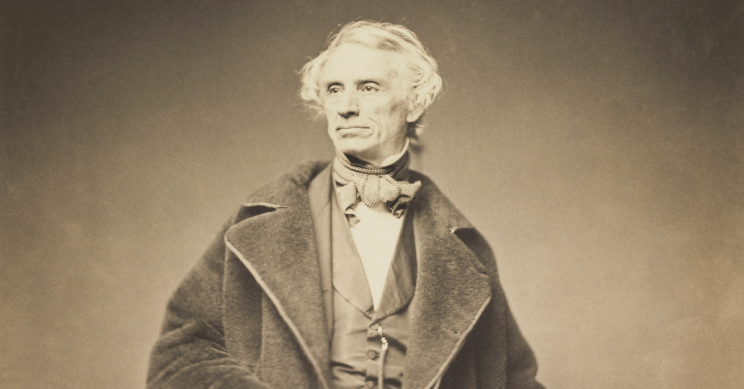 In November 1825 Morse became a leader of the professional artists and students who were dissatisfied with John Trumbull’s management of the American Academy of Fine Arts. On Jan. 14, 1826, the National Academy of the Arts of Design (now the National Academy of Design) was established, largely through Morse’s efforts. He became its first president, holding the office until 1845 and again for a year in 1861-1862. He also gave a series of lectures on art which he believed were the first to be given in the United States.

In 1832 he was appointed professor of painting and sculpture at the University of the City of New York (now New York University), becoming professor of the literature of the arts of design in 1835. The latter appointment gave him rooms in the university buildings, which enabled him to work more conveniently on the telegraph. As the buildings were not completed, portrait work was difficult; progressive concentration on the telegraph soon made the temporary interruption a final break with painting. There is only one portrait painted by Morse after 1837.

Invention of the Telegraph.

Morse’s scientific and mechanical interests had appeared at an early date. With his brother Sidney Edwards Morse, he had taken out three patents on pumps in 1817. A machine for carving marble from a model was developed in 1823, and after 1822 he showed a continuous interest in electrical experimentation. Morse took a house in New Haven near Prof. Benjamin Silliman and was a constant visitor in Silliman’s laboratory; he also developed a close friendship with Prof. James Freeman Dana of the University of the City of New York. In 1827 Morse attended a course of lectures on electricity by Dana, at which the electromagnet was demonstrated.

These interests were brought to a sharp focus by a conversation in the cabin of the ship Sully in October 1832, when Morse was returning from a three-year sojourn in Europe. Dr. Charles Thomas Jackson described some recent experiments with electricity in Paris, which seemed to involve little that was new. Morse, however, reacted sharply. The problem of telegraphy occupied him for the remainder of the voyage, and all the essential features of the telegraph, as constructed later, were set down in notebooks. He made a rough model soon after reaching New York City, but the work was discontinued for an interval. 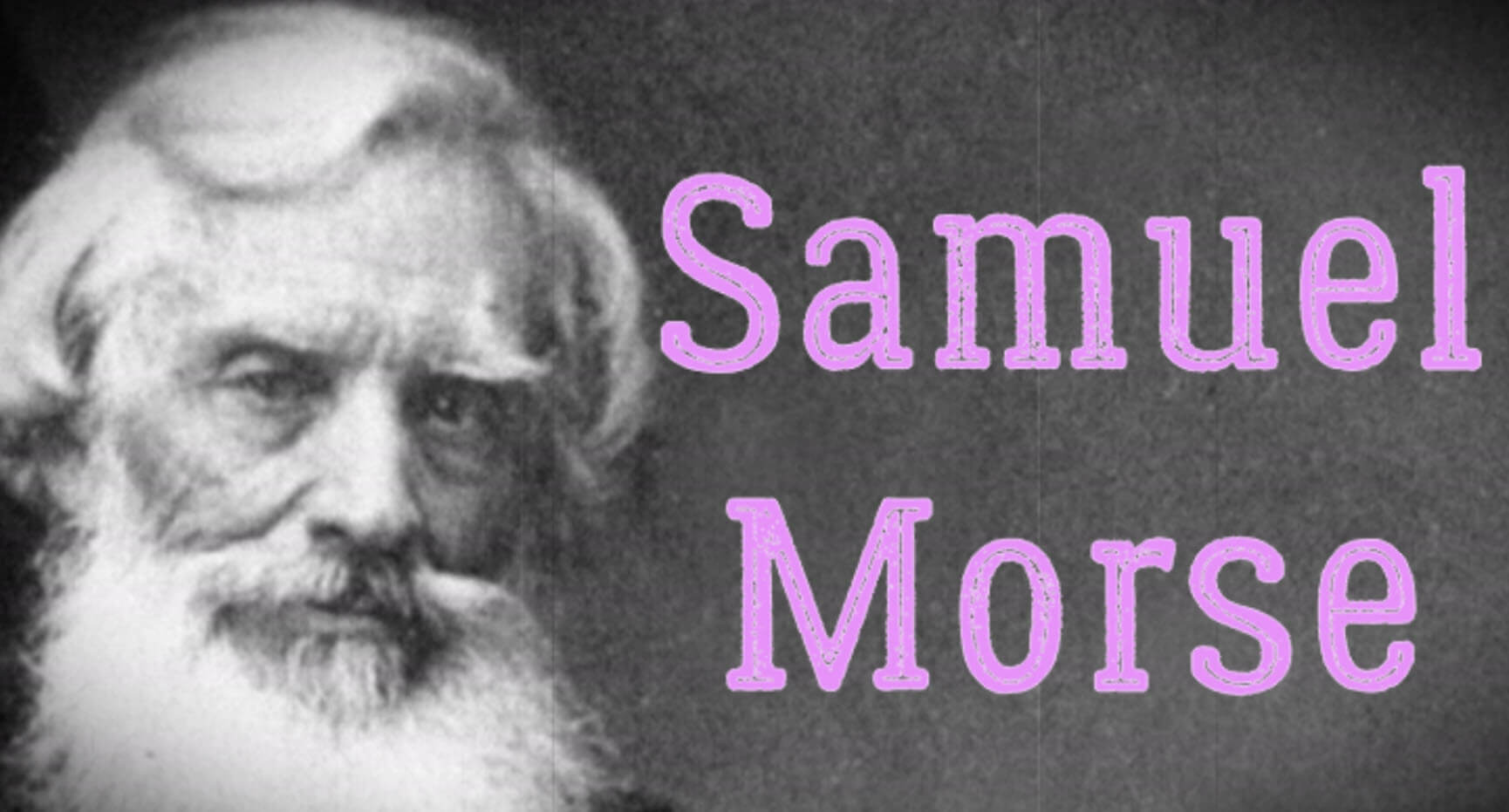 It was resumed late in 1835, after Morse settled in his rooms at the university. With the assistance of Prof. Leonard Dunnell Gale, he constructed a model, which he demonstrated to a few friends. The problem of long-distance transmission was clearly vital. The elements of a relay system were worked out late in 1835 or in January 1836. The work was not pushed forward with much energy in 1836, but a concentrated effort began early in 1837. The equipment was improved, and more ambitious demonstrations were given, notably on Sept. 2 and 4, 1837.

These achievements interested Alfred Vail, the son of a New Jersey ironmaster, and his brother and father. An agreement was signed for their participation in the development df the invention in return for a share in the patent. Their financial support and Alfred Vail’s skill as a mechanic were essential to the presentation of the project to Congress. A caveat, looking toward an application for a patent, was acknowledged on Oct. 6, 1837, and in April 1838 a bill was introduced in Congress to grant $30,000 for the construction of a line between Washington and Baltimore.

The bill was not brought to vote at this session, but a patent was applied for and was issued on June 20, 1840. Efforts to secure patents in England failed because of prior applications by Sir Charles Wheatstone and Edward Davy. The French patent could not be used, as it was not possible to construct a line in France at that time. The grant for the line to Baltimore was voted in the last hour of the session of the Senate on March 3, 1843. Despite difficulties in insulating the wires, the line was constructed with the aid of Ezra Cornell, and the first message was sent on May 24, 1844—”What hath God wrought!”

Morse and the Vails wished to sell their rights to the United States for $100,000, but the government was unwilling to take them. The Baltimore line was operated by a private company established by Morse, and new lines were soon projected. The prospects of large profits led to attempts to use the Morse system without payment of royalties, and several suits were brought, beginning with litigation in the Circuit Court of Kentucky in 1848. The court upheld Morse’s patent, and in 1854 the Supreme Court sustained the decision.

Morse was largely dependent on dividends from the telegraph companies, and even in 1850 his income was small and precarious. There were no patents in Europe or in England, but 10 European countries combined in 1858 to pay him a gratuity of 400,000 francs as compensation for their use of his system. Many decorations were conferred on him in recognition of his achievement.

In 1842 Morse had demonstrated the possibility of using submarine cable, but he did little technical work on the laying of the Atlantic cable. The burden of the affairs of the telegraph companies was largely carried by Amos Kendall. Morse’s last public act was the unveiling of the statue of Benjamin Franklin in Printing House Square, New York City, in January 1872. He died of pneumonia soon after.