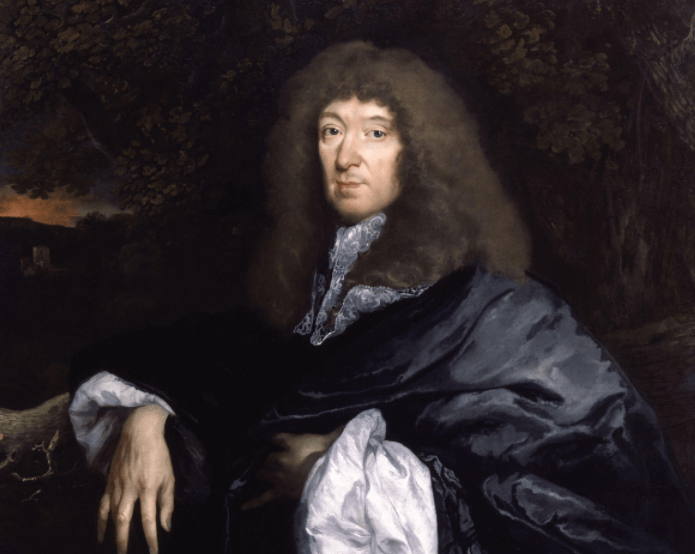 Butler was born at Strensham, Worcestershire, on Feb. 8, 1612, the son of a well-to-do farmer. After attending the King’s School, Worcester, he became secretary first to Elizabeth, Countess of Kent, and then, despite his Royalist sympathies, to Sir Samuel Luke, a strict Presbyterian, who provided Butler with matter for satire in Hudibras.

Butler’s activities during the Civil War are not known, but after the Restoration he became secretary to Richard Vaughan, 2d Earl of Carbery, who appointed him steward of Ludlow Castle in 1661. About this time he married a reputedly wealthy woman, who lost her fortune in speculation shortly thereafter. There is little definite information on the rest of Butler’s life; he is said to have been given £300 instead of a promised government post and to have been for a while the secretary of George Villiers, 2d Duke of Buckingham. Sarcastic, touchy, poor, and ill, Butler died in London on Sept. 25, 1680.

The first collection of Butler’s works, Genuine Remains in Verse and Prose of Samuel Butler (1759), contains 120 prose “characters,” a literary form then popular, and The Elephant and the Moon, a verse satire on the learned scientists of the Royal Society.

Butler’s fame, however, rests incontestably on Hudibras. The authorized edition of Part I was published in 1663, having been preceded by a pirated edition. Both editions were instantly popular. Part II, also very successful, was published in 1664, and Part III appeared in 1678. The poem, based on Don Quixote, tells the comic adventures of the Puritan knight, Sir Hudibras, and his squire, Ralpho. Its real point, however, is its satirical portrait of human stupidity and hypocrisy, especially that of the Puritans, and it makes the characters unconsciously expose their own failings. The style is mock-heroic, and the heavily stressed meter and often far-fetched polysyllabic rhymes turn the 4-foot iambic couplets into an appropriately grotesque doggerel. Although the poem’s topical interest is gone, the commentary on human weakness remains sharp, and the odd rhymes are still surprising and comic.