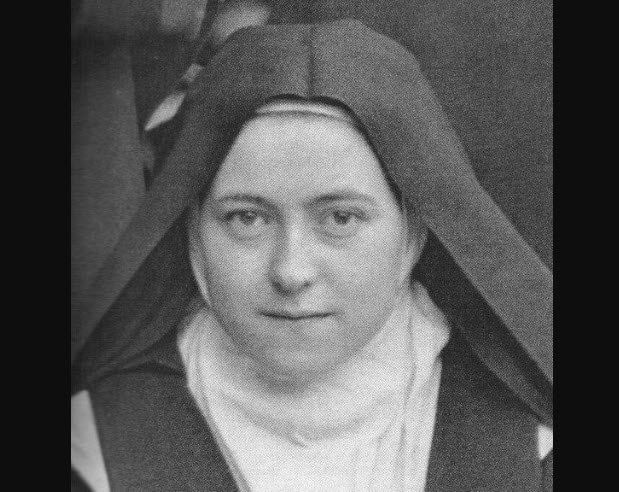 Thérèse de Lisieux; (1873 —1897), French Carmelite nun, popularly known as the Little Flower of Jesus. The youngest of the nine children of Louis and Zélie Martin, Marie Françoise Thérèse was born at Alençon, France, on Jan. 2, 1873. Her mother died when she was four years old. In 1881 the family moved to Lisieux, and Thérèse attended the Benedictine convent school as a day scholar. At Christmas time in 1886, although she was just short of 14, Thérèse experienced a conversion. Her outlook became that of a spiritually mature person.

The following year Thérèse applied for admission into the convent of the Discalced Carmelites in Lisieux,’ which her two older sisters, Pauline and Marie, had already entered. She was refused admission because of her age. In 1888, after she had made a pilgrimage to Rome with her father and sister Céline, she was admitted to the convent.

She lived in the convent the rest of her life, practicing and teaching her “little way”—a truly childlike relationship with God and a holy life that, in the words of Pope Pius XI, “did not go beyond the common order of things.” She taught this way to novices, of whom she was appointed acting mistress in 1893. Six months before her death, her tubercular condition forced her to retire to the convent’s infirmary, where she suffered much physically. Thérèse died in Lisieux on Sept. 30, 1897. She was canonized on May 17, 1925, and became one of the most popular saints throughout the world.

Before her death, Thérèse had asked her sister Pauline (Mother Agnes of Jesus) to edit her memoirs. Published as her autobiography, the book quickly became a best seller. Her feast is celebrated on October 3.