Saint Peter Damian; (1007-1072), Italian Roman Catholic cardinal and Doctor of the Church. He was born at Ravenna. His parents died during his childhood, and an older brother took care that he received a good education. Damian taught for a while at Ravenna before becoming a priest. In 1035 he joined a group of hermits at Fonte Avellana, a monastery noted for its austerity. He later provided a rule for them based on those of St. Benedict and St. Romuald. When the prior died, the monks elected Damian to succeed him, and he proved to be a capable superior. 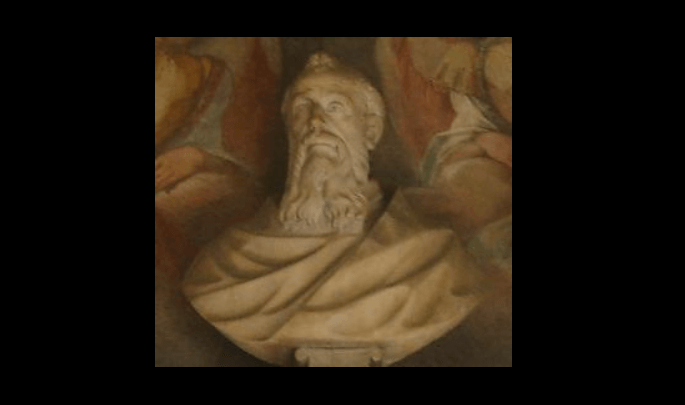 Throughout his years as a priest, Damian was a reformer. He often wrote letters to the clergy, exhorting them to live according to the highest moral standards. Once he reprimanded a bishop for spending too much time playing chess.

Soon after Gregory VI was elected pope (1045), Damian importuned him to end all abuses existing among the clergy. He especially urged the removal of three Italian bishops whose lives were scandalous. In 1049 he wrote Liber Gommorhianus, a book denouncing sinful priests, which might have accomplished much good had it not been for the author’s intemperate language and repeated exaggerations.

When Stephan IX became pope in 1057, he resolved to extirpate every abuse in the hierarchy. Knowing the character and abilities of Damian, the new Pope announced his intention of making him a cardinal. The monk refused the honor until Stephan threatened him with excommunication. Accordingly, on Nov. 30, 1057, Damian was made cardinal-archbishop of Ostia.

He often served as papal legate. In 1059, Nicholas II sent him to Milan to correct the practices of simony and concubinage that were beginning to spread among the clergy. An excited mob threatened to kill the legate, but the courage and calmness of Damian prevailed, and his reforms were accepted.

In 1063, Alexander II dispatched Damian to France in an effort to settle a dispute between Hugh, abbot of Cluny, and Drogo, bishop of Macon, who claimed jurisdiction over the abbey. Damian decided in favor of the abbey’s exempt status and persuaded Drogo to relinquish his claim. When the grateful monks tried to shower him with gifts, Damian refused them, saying with a smile, “accepting temporal rewards may mean losing eternal rewards.”

In 1067 he was in Florence adjudicating a dispute between its bishop and the Vallumbrosan monks. A more difficult mission took place in 1069 when he went to Germany to persuade King Henry IV not to divorce his lawful wife, Bertha. The King was stubborn, but Damian’s persuasiveness finally triumphed. His last mission was to Ravenna (1072), where he reconciled the rebellious citizens to the Holy See. On his return trip he fell ill and died at Faenza on Feb. 23, 1072.

St. Peter Damian was declared a Doctor of the Church by Pope Leo XII in 1828. His feast is observed in the Roman Catholic Church on February 23.