Who is Saint Dunstan? Information on English monk and archbishop of Canterbury Saint Dunstan biography and life story. 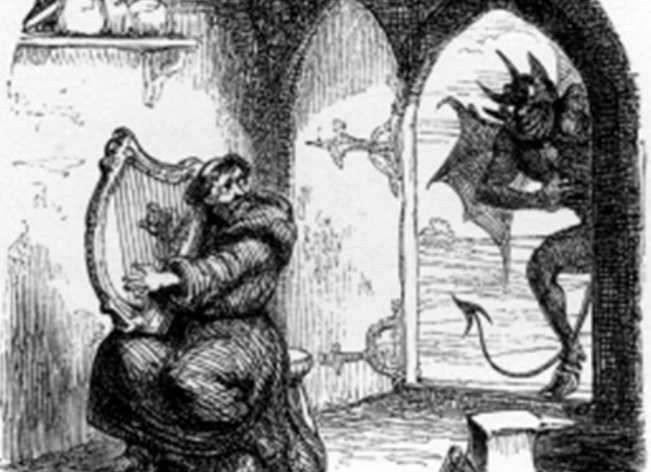 Saint Dunstan; (c.910-988), English monk and archbishop of Canterbury. Dunstan was born near Glastonbury, England. He was educated by Irish monks at Glastonbury and lived for a time in the household of his uncle, the archbishop of Canterbury. Brought to the attention of King Athelstan because of his learning, he served for a brief period at court but left because of the jealousy of courtiers. He became a Benedictine monk at Glastonbury and retired to a hermitage nearby. There he worked as a scribe, illuminating many manuscripts, and as a silversmith and a composer. In 943 he was made abbot of Glastonbury by King Edmund.

As counselor to kings from Athelstan to /Ethel red II, Dunstan became the first of a long line of ecclesiastical statesmen. Exiled by King Edwy, he spent two years in Ghent, where he became familiar with the Continental monastic reform movement initiated at the Abbey of Cluny. Recalled to England in 957 by King Edgar, he became his chief minister and was largely responsible for the legislation of that reign. Under Edgar he became bishop of Worcester and of London successively and then archbishop of Canterbury in 961.

Dunstan introduced the Cluniac reform into English monasteries and, with the aid of Saints yEthelwold of Winchester and Oswald of York, corrected many clerical abuses. Shortly after the death of King Edward the Martyr in 978, Dunstan retired to Canterbury, where he taught in the cathedral school until his death on May 19, 988. His feast is observed on May 19.