Saint Anselm; (c. 1033-1109), Italian-born archbishop of Canterbury and doctor of the church. He was born of noble parentage at Aosta, Italy. Prevented as a boy from entering a monastery, he for a time lived a careless life. After his mother’s death he left home and went to Burgundy to study. In 1060 he joined the Benedictine monastery at Bee, Normandy, and became its prior in 1063. In 1078, Anselm became abbot, succeeding Lanfranc, who later became archbishop of Canterbury in England. 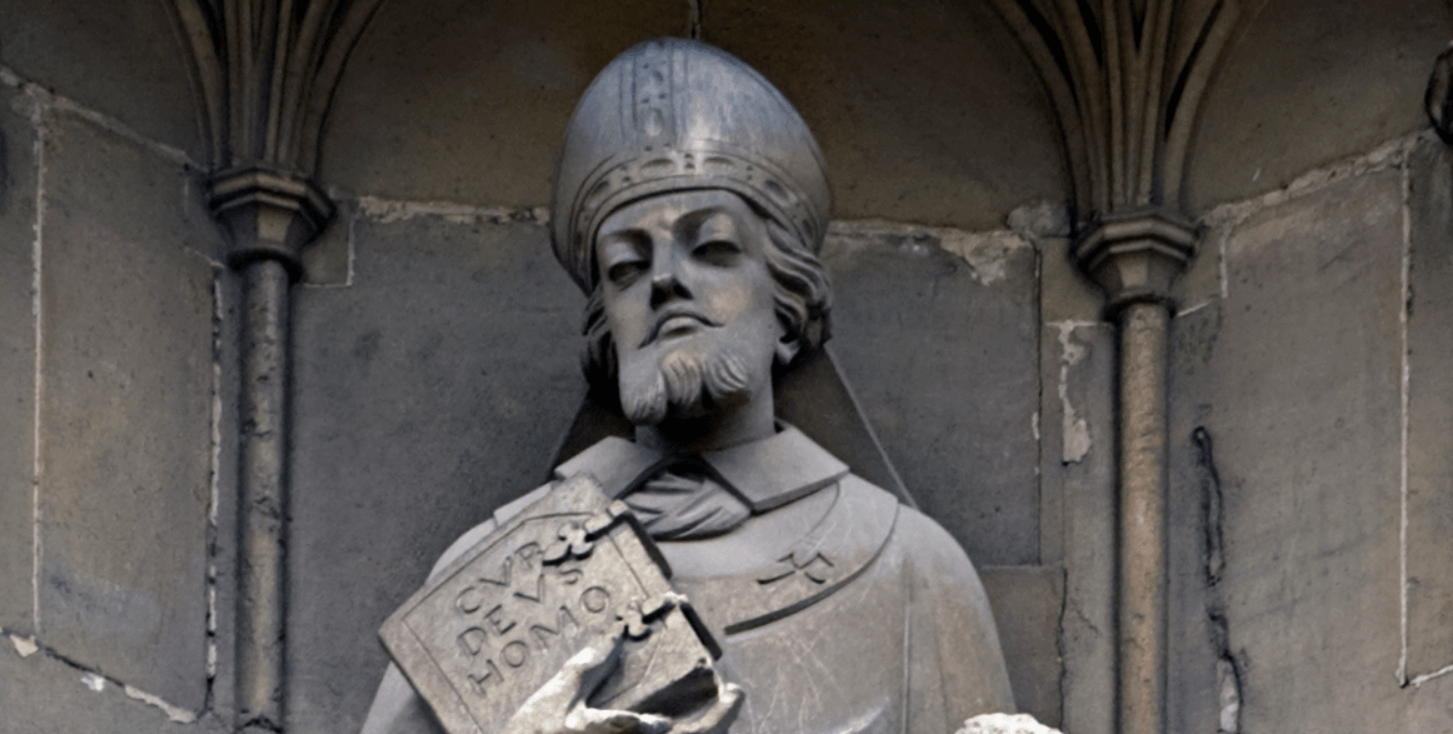 After Lanfranc’s death in 1089, King William Rufus prevented a new appointment to the see of Canterbury until 1092. In that year Anselm, who was known in England because of official visits as abbot of Bee, became archbishop and primate of England. In this post he defended the rights of the church against royal aggression. In 1097 he went to Rome to appeal to Pope Urban II for help in his struggle with the king. Anselm was unable to return to England until after the king’s death in 1100. Problems continued under Henry I, the new king, but peace was finally made, and Anselm served for some months as regent during the king’s absence. Anselm died at Canterbury in 1109. His feast day is April 21.

Anselm is one of the most important of medieval philosophers and theologians. His most famous theological work is Cur Deus Homo (Why God Became Man), which answers various objections against Christian beliefs. The book then treats the doctrines of the Incarnation and Redemption, expounding the doctrine that Christ, the Saviour of mankind, is both God and man. In philosophy his chief works are on theodicy. The Monologium is a discussion of the divine essence. The Proslogium—which contains the famous ratio Anselmi, or Anselmian argument, usually but improperly called the onto-logical argument—discusses the existence and nature of God.

Anselm hoped to add a new proof to the traditional arguments from reason that God exists. The proof is to be found, he holds, in the idea of God as the greatest of conceivable beings. This must be the idea of a really existent, not merely of an imaginary, being. The atheist contradicts himself, since he claims to think of the greatest of conceivable beings and yet says that it is not even the least of beings, but nothing at all. Immediately challenged, the Anselmian argument has been debated ever since. St. Thomas Aquinas and Kant, for instance, reject it, while Descartes and Spinoza accept it.

Anselm also contributes to epistemology: he distinguishes between sensuous and intellectual knowledge, helps clarify the important subject of universal ideas, discusses the nature and kinds of truth, and takes up the problem of meaning. In psychology he investigates free will and the immortality of the soul. Much concerned with the problem of the relation between faith and reason, he subscribes to the formula “I believe so that I may understand” and to its correlative, “I understand so that I may believe.”

That is, faith enlightens reason, while reason and philosophy aid faith by answering objections, defining terms, and providing proofs. Anselm also stresses the need for love in relation to both faith and understanding. His doctrine is strongly influenced by St. Augustine. Anselm is an effective and even brilliant writer as well as a profound and original thinker.