Roger Bacon; (1214-1292), English philosopher and man of science, who helped lay the foundations of modern scientific thinking. He was aware of the interrelatedness of all the separate sciences and of the contributions that science makes to the understanding of reality. He explained the role of experience and experiment in confirming or refuting speculative hypotheses. He insisted on the practical value of scientific speculation and believed in the importance of an ethical system or moral philosophy to crown the whole edifice of scientific thought and to determine the uses to which scientific knowledge should be put.

There is little reliable information about his life except what may be gleaned incidentally from his writings. He was born in England, and his early studies were in the faculty of arts at the University of Oxford, where he also taught for some years. In the early 1240’s he went to Paris, where he taught in the faculty of arts at the University of Paris. Bacon’s method in his lectures and writings of these years is scholastic, and there is no evidence at this time of any special interest in science, nor is it likely that he ever attained sufficient competence in theology to become a doctor of theology. Indeed, in later life he objected to the prevailing method of studying theology by propounding theological questions and answering them. Instead, he believed in using the Scriptures to fortify faith. 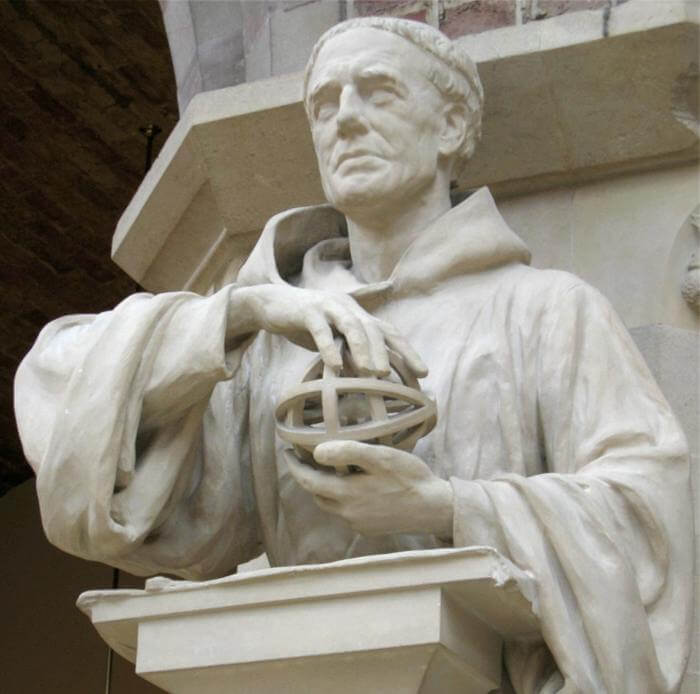 After teaching for several years at Paris, he became acquainted with the pseudo-Aristotelian Secretum secretorum, which appears to have been instrumental in turning his attention to science. He was especially impressed with the aid that science might give to religion, and thereafter his major interests were scientific. Returning to England about 1250, he devoted himself to scientific study. He became acquainted with all the scientific knowledge of his day, carried out some experiments, and spent as much money as he could obtain from his family and other sources to acquire scientific books and materials. About 1252 he joined the Franciscan Order, but from the beginning he appears to have been unhappy in it, although for a time he was permitted to engage in his scientific speculations and carry out systematic observations, especially on the nature of light and such natural phenomena as the rainbow. Much of his best work was done in optics, where he had access to Muslim works on the subject.

In 1257 he was transferred to Paris, possibly because of personal and religious differences with his fellow friars and authorities within the order, but almost certainly not, as was once thought, by reason of his scientific studies. He regarded his transfer as a kind of imprisonment, although it did not prevent him from continuing his work, which included a treatise on the calendar.

About 1266, Bacon sent a message to the new pope, Clement IV, informing him of his project for a reform of Christian education through the use of science. The pope replied, expressing his interest, but told Bacon to proceed secretly because of the Franciscan rule against unauthorized writing.

At the time, Bacon was having difficulties in his Parisian convent, perhaps on account of his outspoken ways and irascible temperament and perhaps because of his general resentment at the restraints under which he was compelled to live. He lacked money and evidently did not have the support and encouragement of his order. Nevertheless he was able with great difficulty to prepare the Opus majus, which was intended to give some indication of the scope of his proposed work and which is filled with the moral fervor characteristic of most of Bacon’s writings. It contains the short works that he had available and a number of other sections rather loosely tied together into what he calls a persuasion, a book intended to persuade the pope of the value of his investigations. In addition to the Opus majus, he sent the pope a shorter work, the Opus minus, which probably had been intended originally as a digest but had grown in the preparation to contain considerable new material. The pope died shortly afterward, and it is not known whether he ever read the works.

Bacon probably returned to England soon after the death of his patron. He did not do much more writing, although a highly polemical work, dated 1272, directed against theologians and other opponents is extant, which may have produced difficulties for Bacon within his order. A late chronicle reveals that he was imprisoned for “suspected novelties” by the general of his order. But it is difficult to discover any such “novelties” in his work, which does not differ greatly from that of his time, except in its emphasis. The imprisonment, if it ever took place, was probably for reasons unconnected with his scientific work. He was in any case freed before his death. He left an incomplete compendium of theology, which appears to be the effort of a tired old man and contains little that is original or interesting. 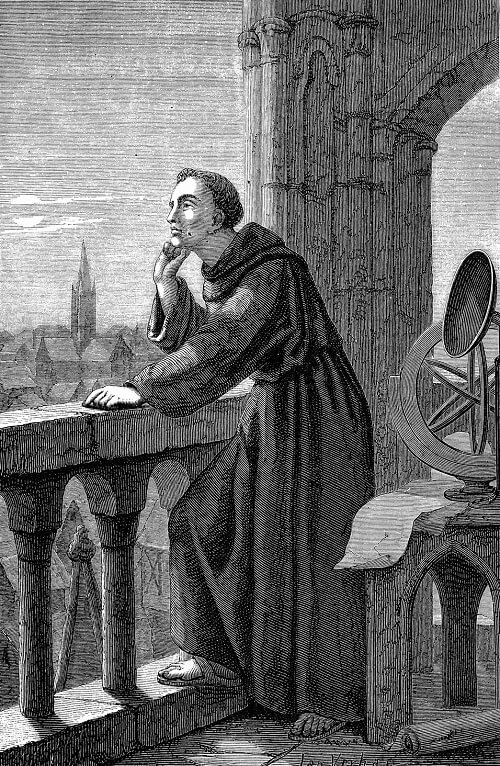 During his many years of scientific study, Bacon made it his business to discover all that could be known, and it seems clear that although he did some experimental work himself, his real claim to fame rests on his achievements as a scientific thinker and synthesist of other men’s work. He has been variously credited with the discovery of gunpowder, eyeglasses, the telescope, and other important inventions. His works certainly describe these things, but he does not give himself credit for their invention, although he understood the principles on which they are based. His fame as a magician dates from later centuries, not his own.