Roald Amundsen; (1872-1928), Norwegian explorer, who was the first to reach the South Pole. He was born at Vedsten, Ostfold, Norway, on July 16, 1872. He served in the Norwegian navy and in 1897 was first officer on the Belgica in the Belgian Antarctic expedition led by Lt. Adrien De Gerlache. 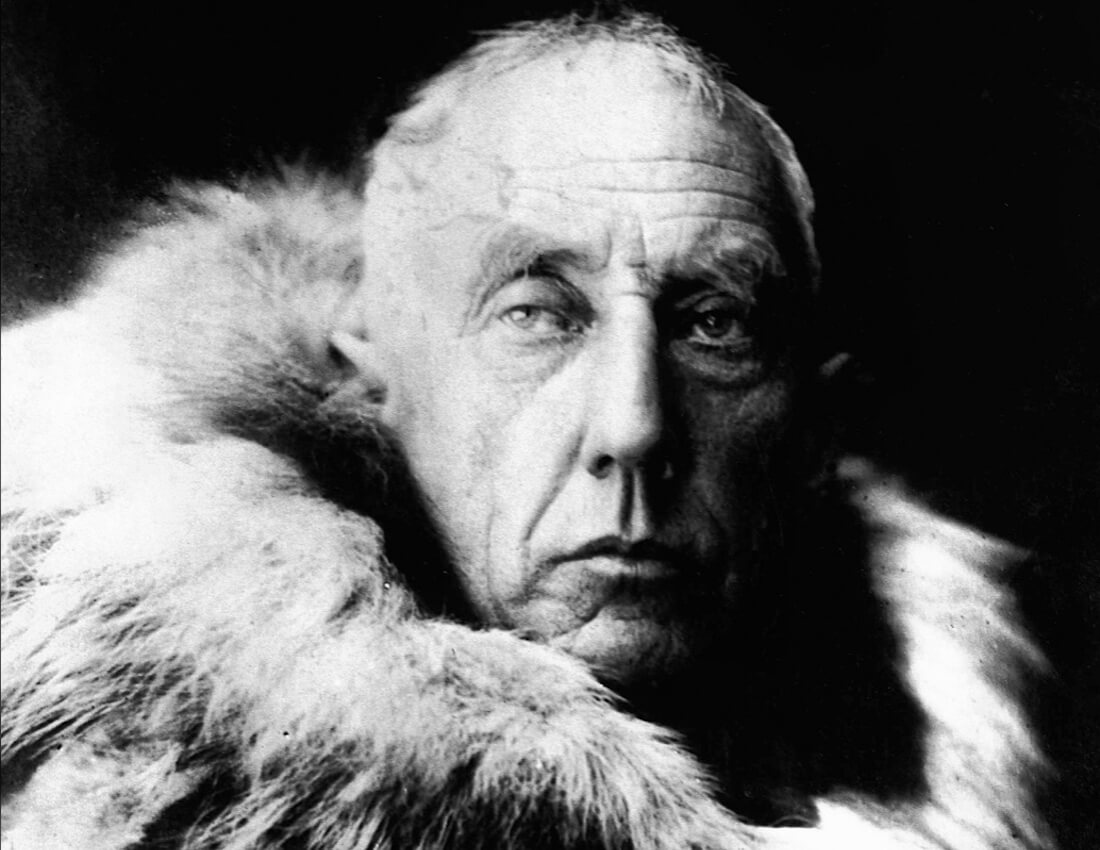 In 1901, in the small sloop Gjoa, Amundsen conducted oceanographic research off northeast Greenland. In June 1903 he sailed on the Gjoa to fix the location of the north magnetic pole and made the first voyage through the Northwest Passage and around the northern Canadian coast, arriving at Herschel Island, Yukon, in August 1905.

Inspired by Robert E. Peary’s achievement in reaching the North Pole on April 6, 1909, Amundsen announced in August 1910 that he would try to reach the South Pole. He arrived at the Bay of Whales, Antarctica, on Jan. 3, 1911, in the Fram, a famous vessel that had been used by the Arctic explorer Fridtjof Nansen. His projected expedition had become a race for the pole. Capt. Robert Falcon Scott of Britain also had established an Antarctic base and was planning to move toward the pole. Scott used Siberian ponies as transport, while Amundsen relied on sledges drawn by dogs.

Amundsen’s base was 60 miles (96 km) farther south than Scott’s. He laid his plans with care and foresight. On a preliminary trip he deposited stores of food part way along the route he intended to take out and back.

Amundsen started for the pole on Oct. 20 1911, with four companions, 52 dogs, and four sledges, taking enough food for four months. The weather was favorable, and all went well. In a mountain range tbat Amundsen named the Queen Maud Range the party climbed to 10,750 feet (3,276 meters).

On Dec. 14, 1911, celestial observations confirmed that they had reached the South Pole, in a level region that Amundsen named King Haakon VII Plateau. The Norwegian flag was raised. The party remained until December 17 making studies and taking observations, and were back at their base at the Bay of Whales on Jan. 25, 1912. He had had good fortune but his success was due to the courage and endurance of his party and to Amundsen’s care for details.

Meanwhile, Scott and some of his group after a difficult journey, had reached the pole on January 17. They found Amundsen’s flag and letters that he had left. Scott and all his men perished on their return trip. 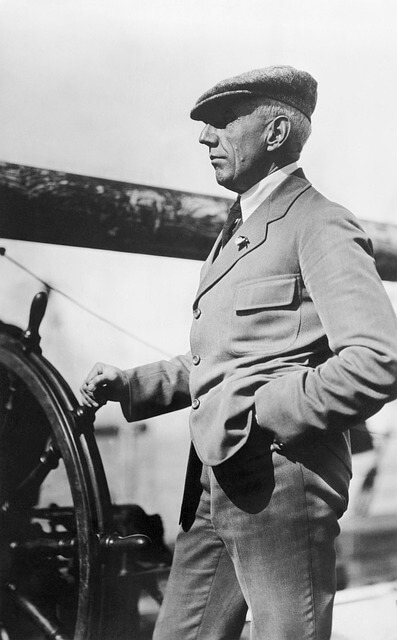 Amundsen tried to fly an airplane from Of Bay, Spitsbergen, over the North Pole in May 1925 but was forced down 136 miles (2181 short of his goal. The next year, in the Italy built dirigible Norge, commanded by Capt. Umberto Nobile, he succeeded in flying over Ik North Pole, leaving Kings Bay on May 11. 1926 and landing at Teller, Alaska, on May 13.

Flying, which he had taken up in middle age cost him his life. On June 18, 1928, Amundsen and five companions left Tromso, Norway, in an airplane to search for Nobile, who had flown the dirigible Italia over the North Pole on May 24 but had been forced down the next day. Amundsen’s plane was never seen again.

The explorer’s several published books include To the North Magnetic Pole and Through the Northwest Passage (1907), The South Pole (1913), and My Life as an Explorer (1927).