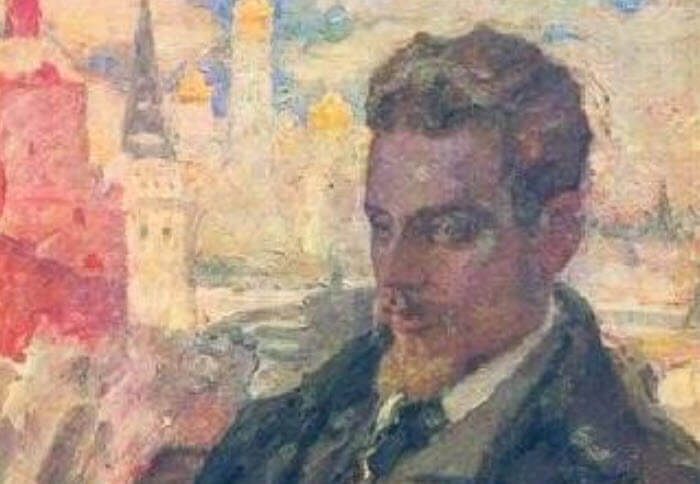 Rainer Maria Rilke; German lyric poet: b. Prague, Dec. 4, 1875 ; d. Sierre, Switzerland, Dec. 29, 1926. After early attendance at a military academy, where he was most unhappy, followed by three years of private tuition, he studied at the universities of Prague, Munich, and Berlin. His early verse, Traumgekront (Crozmed by Dreams), published in 1897, and Advent (1898), foreshadowed his later preoccupation with the problems of God and death. He visited Italy in 1898 and there became acquainted with the works of the Danish novelist, Jen Peter Jacobsen, whose writing influenced his own work decisively. In 1899 and 1900 he traveled in Russia, met Tolstoi, and was profoundly affected by the Russian landscape and people. The simplicity of the people and their childlike attitude toward God made an emotional impression on him that is reflected in his volume of short stories, Geschichten vom lieben Gott (Stories of God), published in 1900.

In 1901 Rilke married the young sculptress, Klara Westoff. They lived for a while in a cottage near Bremen where he worked on both Das Buck der Bilder (The Picture Book) and Das Stunden-Buch. They went to Paris in 1902 where Rilke completed his monograph on the sculptor, Auguste Rodin, and published Das Buck der Bilder. In 1905 he published Das Stunden-Buch in which his mystical sense of God and death is set forth in lavish imagery. An English translation was published in 1941 with the title, Poems from the Book of Hours.

From September 1905 to May 1906 Rilke acted as Rodin’s secretary. The sculptor had a marked influence on his artistic development showing him the necessity for hard work to attain artistic perfection, even when inspiration is lacking, and teaching him to think of every work of art as complete within itself and concerned only with itself. His poetry became wider in range and his style more plastic. After leaving Rodin in the spring of 1906 he revised Das Buch der Bilder and published it in an enlarged edition. He also published The Tale of the Love and Death of Cornet Christopher Rilke, which became his one great popular success and sold as many as 300,000 copies. Then followed what many critics consider Rilke’s masterpieces and most original work, Neue Gedichte (1907) and Die Neuen Gedichte (1908). In these poems he expresses his concept of perfect form and movement in space conveying the presence of God. In 1907 he completed his work on Rodin, Das Rodin-Buch, the first part of which had appeared in 1903. Autobiographical in a psychological sense is his novel, Die Auf-ziechnungen des Malte Laurids Brigge (1910), as the English title indicates, The Journal of My Other Self (1930). Through the story of Brigge it reveals his own loneliness of mind and sense of defeat during his early years in Paris.

On 1910-1912 Rilke was for some time the guest of Princess Marie von Thurn und Taxis-Hohenlohe at Duino, her castle near Trieste. Here he wrote the Life of Virgin Mary and the first two of the Duino Elegies. After a journey to Spain he returned to Paris in 1913. Obliged to leave Paris at the outbreak of World War I, he went first to Vienna, then to Munich, and in 1919 settled in the ancient tower of Muzot at Sierre in Switzerland. Here he completed the Duino Elegies and wrote his Sonnets to Orpheus, both published in 1923. In them the search for God has given place to a certain tranquility of spirit. He died of blood poisoning which developed from the prick of a rose thorn. His Spate Gedichte was published posthumously in 1934.

Interest in Rilke’s work, particularly in his efforts to find external, that is, communicable, symbols to express his special inward vision, has grown widely since his death.