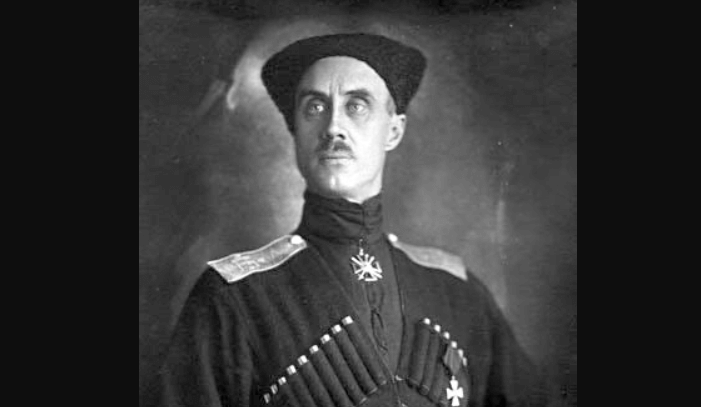 Pyotr Nikolayevich Wrangel; Russian general: b. Novo-Aleksandrovsk, Russia, Aug. 27, 1878; d. Brussels, Belgium, April 25, 1928. He was educated as a mining engineer and spent several years working in Siberia. When the Russian-Japanese War began in 1904, he joined the army and in World War I rose to the command of a cavalry corps. With the outbreak of the Bolshevik Revolution, Wrangel joined the White forces and was put in command of one of the armies in the south by Gen. Anton Denikin. After the shattering of Denikin’s 1919 offensive and the retreat of the White armies to the Crimea, Wrangel was given the over-all command in April 1920.

The opening of Polish-Soviet hostilities gave Wrangel’s forces new hope, as the bulk of the Red Army was transferred to the Polish front. Although a monarchist, he organized a non-monarchist government in May, attempting to avoid some of the political shortcomings of previous White regimes. He sought with some success the cooperation of non-Russian nationalities, their separatist ambitions notwithstanding, and his government promulgated a land-distribution law aimed at winning the support of the peasants.

Initial military success in the Kuban brought Wrangel’s regime de facto recognition by France in August 1920. Soon after, he suffered defeat in the Kuban and turned westward, attempting a junction with the Poles. The Polish-Soviet armistice in October, however, enabled Moscow to concentrate the Red Army against Wrangel. By mid-November 1920 the Perekop Isthmus was breached and the Crimea cleared of White forces. The French Navy helped to evacuate 147,000 refugees, including 40,000 survivors of Wrangel’s army, to Constantinople (Istanbul). Wrangel maintained a staff in Yugoslavia until 1925. He spent his remaining years as an engineer in Belgium. The Memoirs of General Wrangel was published in English translation in 1929 and, as Always with Honour, in 1958.