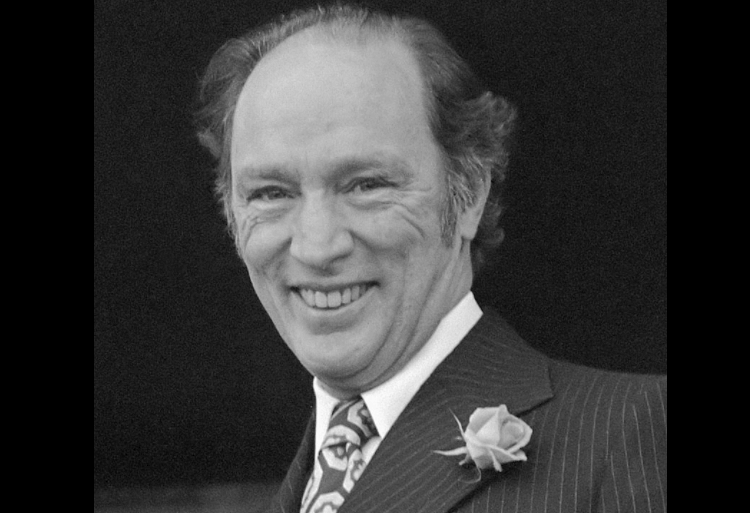 Pierre Elliott Trudeau (1919 – 2000), prime minister of Canada. He was born in Montreal on Oct. 18, 1919. Baptized Joseph Philippe Pierre Ives Elliotte Trudeau, he prefers the names Pierre Elliott, without the final e, to emphasize his bilingualism and biculturalism. Educated at the University of Montreal and called to the bar in 1943, he pursued postgraduate studies in economics, politics, and law at Harvard, the University of Paris, and the London School of Economics. He returned to Canada in 1949. For two years he was economic and constitutional consultant to the privy council and Prime Minister Louis St. Laurent.

In 1950 with other reformers he founded and wrote for the magazine Cité Libre, voice of the intellectuals in revolt against Premier Maurice Duplessis’ authoritarian Union Nationale government of Quebec. He formed the Rassemblement movement in 1956 to unite Quebec’s political left, but when the province’s “quiet revolution” became nationalistic and separatist, Trudeau became a defender of Canadian federalism.

In 1965, Prime Minister Lester B. Pearson persuaded Trudeau to enter his government and run in the general election as a “new wave” Liberal. Although involved in trade unionism and sympathetic to the socialist New Democrats, Trudeau did not belong to a political party. After serving as Pearson’s parliamentary secretary, he became minister of justice in 1967. An advocate of civil liberties, he introduced a bill liberalizing laws on divorce and homosexuality.

Trudeau was still largely unknown to Canadians, but younger Liberals supported him as a successor to Pearson when the latter decided at the end of 1967 to resign as party leader and prime minister. Elected Liberal leader at a party convention on April 6, 1968, Trudeau became Canada’s 15th prime minister on April 20 and called an election on June 25 to capitalize on public interest. His campaign produced the phenomenon of “Trudeaumania” when he was mobbed by youthful admirers who identified him with their own generation. Combining the popularity of a matinee idol, a platform of pragmatic liberalism, and a strong defense of federalism, Trudeau won 154 of 264 House of Commons seats for the Liberals, ending six years of minority governments.

Following the 1968 election, Trudeau reorganized the government, appointing perhaps the youngest cabinet in Canada’s history. Later he announced a plan to reduce the number of Canadian troops in the European forces of the North Atlantic Treaty Organization, although Canada would continue to support the alliance. He also presented an anti-inflationary budget. His government’s first parliamentary session enacted two major pieces of legislation: the criminal code was liberalized, and French and English were made official languages in federal offices and courts. In 1970, after Quebec separatists kidnaped two officials, Trudeau invoked the War Measures Act, giving police unlimited powers of search, arrest, and detention. Trudeau married Margaret Sinclair in March 1971.

On Oct. 13, 1970, Canada recognized Communist China. Two years later, in September 1972, Parliament was dissolved. Trudeau conducted a low-keyed campaign. His party lost its majority in the Commons, but Trudeau remained prime minister. He was able to keep his government in power with the aid of the small New Democratic party (NDP), until May 8, 1974, when the NDP voted with the Progressive Conservatives in rejecting the government’s budget. In the election that followed, Trudeau led an aggressive campaign, and his party regained its majority in the Commons on July 8, 1974.