Who is Paulo Freire? Information about the life of Paulo Freire, a Brazilian educator, philosopher and influential theorist of critical pedagogy.

Paulo Reglus Neves Freire (Recife, Pernambuco, September 19, 1921 – São Paulo, May 2, 1997) was a Brazilian pedagogue and philosopher, a prominent defender of critical pedagogy. He is known for his influential work Pedagogy of the Oppressed, which is generally considered one of the fundamental texts of the critical pedagogy movement. In addition, among other ideas, Freire proposed autonomy as a pedagogical foundation in school.

The son of a poor middle-class family in Recife, Brazil, he was born on September 19, 1921. Freire experienced poverty and hunger during the Great Depression of 1929, an experience that shaped his concerns for the poor and that would help him shape your educational perspective.

Freire entered the University of Recife in 1943, at the Faculty of Law, where he studied philosophy and psychology of language at the same time. He joined the state bureaucracy, but never practiced law, preferring to teach Portuguese in high school. In 1944 he married Elza Maia Costa de Oliveira, who was a primary school teacher. They had five children and collaborated for the rest of their lives.

In 1946 he was appointed director of the Department of Education and Culture of the Social Service in the State of Pernambuco, a state of which his hometown is the capital. Working primarily among the poor who could not read or write, Freire began to adopt an unorthodox approach to what can be considered a variation on liberation theology. At that time, reading and writing were requirements to vote in the Brazilian presidential elections. 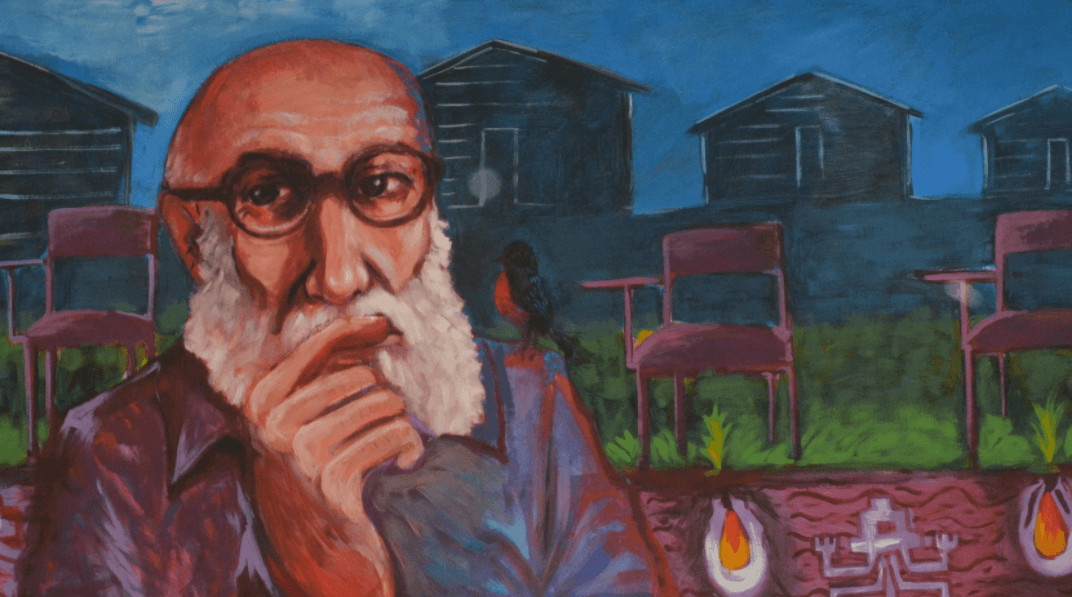 In 1961 he was appointed director of the Department of Cultural Extension of the University of Recife, and in 1962 he had the first opportunity to apply his theories in a meaningful way, when 300 sugarcane plantation workers were taught to read and write in so only 45 days. In response to these good results, the Brazilian government approved the creation of thousands of cultural circles throughout the country.

In 1964 a military coup ended the project: Freire was imprisoned as a traitor for 70 days. After a brief exile in Bolivia, he worked in Chile for five years for the Christian Democratic Movement for Agrarian Reform and the Food and Agriculture Organization of the United Nations.

In 1967 Freire published his first book, Education as the Practice of Freedom. The book was well received and he was offered the position of visiting professor at Harvard University in 1969. The previous year he had written his famous book Pedagogy of the Oppressed, which was published in English and Spanish in 1970. Due to the political conflict between the successive authoritarian military dictatorships and Christian socialist Freire, the book was not published in Brazil until 1974, when General Ernesto Geisel took control of Brazil and began his process of cultural liberation.

In 1997, on May 2, at the age of 75, Paulo Freire passed away; days before his death, he himself was still debating the new prospects for education in the world. His pedagogical thinking continues to this day. It is considered that his contributions on emancipating critical literacy are an obligatory reference in the new sociocultural approaches to reading and writing in the contemporary world. Thus, for example, critical theories and New Literacy Studies, recover a good part of the Freirian legacy.

Critical pedagogy constitutes a field of teaching and research that has had Freire as its main promoter. In this line of work are the Giroux, McLaren, Apple, Macedo, Pierre Furter and Ernani Fiori studios. According to Giroux: “Freire is not only a man of his time, but he is a man who belongs to the future, because he is a visionary and a supporter of his essence.”

Critical pedagogy has been considered at present as the new path of pedagogy, one in which the two parties involved are invited to build society from the awareness of the social problems that are experienced daily and that directly affect and indirect to the classrooms. One of the representatives of this pedagogy was Paulo Freire, former minister of education in his country, Brazil. Freire stated that education in each country must become a political process, each subject engages in politics from whatever space he is in and the classroom cannot be indifferent to this process; For this critic of education, knowledge must be built from the different realities that affect the two political subjects in action, apprentice and teacher.

The teacher must be the entity that leads learners to think about the society in which they are developing their learning process, they must build from the previous knowledge that they bring to the classroom, since they are a visible and reliable reflection of the social realities. For his part, the apprentice must build knowledge as a political act, from the relationship with the teacher and the other apprentices in the classroom, to go from being passive social beings to active, critical and thinking social beings of the society in which they are. submerged. Critical thinking in the classroom cannot lead their entities to be negative beings, on the contrary, negativism must be totally removed from critical thinking so as not to skew the look to the positive that is being experienced and to be able to continue building from reality.

It is precisely from the critical pedagogy proposed by Freire that Critical Literacy emerges, which has had as one of its main authors the Spanish Daniel Cassany, among others. Understood as everything that is related to the management of the ideology of the speeches, when reading and writing, it encompasses all the knowledge, skills and attitudes and values ​​derived from the generalized, historical, individual and social use of the written code. we find other authors who, like Cassany, have had the teacher Freire as their main foundation for talking about critical Literacy. The reason is that the teacher believes in awakening students’ awareness of the possibilities that exist in the world so that instead of conforming, they can take action to transform their lives. Critical Literacy as a component of critical pedagogy, focuses on language (Nieto and Bode. 2008: 57), cited in Cummins, 2000. Shor defines critical literacy as “the use of language that questions the social construction of the individual” (1999: 4) “.

Critical literacy, also known as liberating or conscientizing literacy, is Freire’s pedagogical thought, as well as his proposal for adult literacy, which would inspire the main literacy programs in Brazil in the early 1960s. Freire developed a proposal for literacy whose basic principle was A leitura do mundo precedes leitura da palavra (The reading of the world precedes the reading of the word). His objective is, even before starting the literacy process, to lead the learner to assume himself as a subject of learning, as being capable and responsible; as well as surpassing the magical compression of reality and demystifying the literate culture, which the student is initiating. During this process, the student develops a critical vision that will allow him to become an agent of change and / or cultural production, in opposition to the model of cultural reproduction that prevails in school.

In his reflections on the act of reading, Freire explains how in his early childhood the first thing he learned to read was his immediate world, which, although small, provided a great wealth of sensory experiences. Sounds, smells, colors and textures represent “texts”, “words” and “letters” in this context. This first reading is also enriched by the universe of the language of the elderly who, in their conversations, to which children are exposed, express their beliefs, tastes, misgivings and values. For Freire, his parents and his childhood teacher, Eunice Vasconcelos, played an important role in this process; He highlights the importance of that first experience with reading, where the adult can have a significant role, promoting or hindering it. Already in his adolescence, together with his Portuguese language teacher, José Pessoa, Freire constitutes critical understanding, through the exercise of critical perception of the texts read, texts that were offered to the restless search for him. Shortly after, at the age of twenty, Freire began his work as a teacher in the first years of secondary school and it was there when he began to put his proposal into practice by allowing curious students to discover academic content in a dynamic and lively way. in the very body of the texts. The mechanical memorization of the description of an object did not prevail in daily life, on the contrary, priority was given to learning its deep meaning; in this way, memorization and subsequent fixation were achieved. 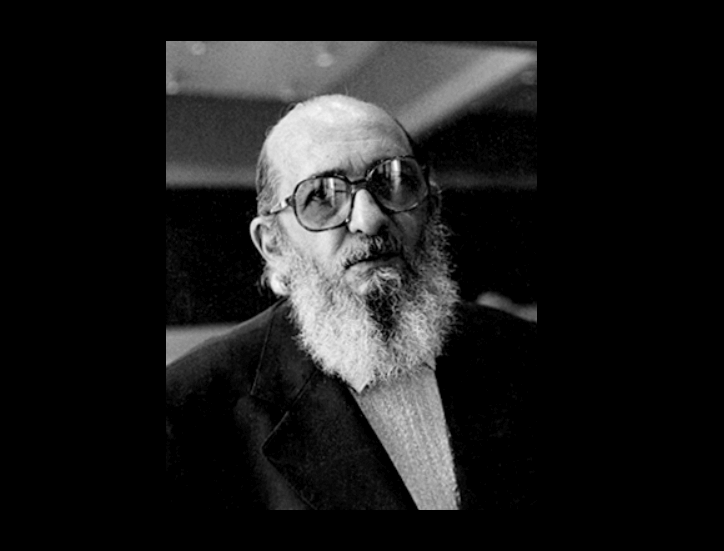 In the 1980s, Freire together with Macedo analyzed the different approaches to traditional literacy and proposed the liberating literacy approach as a solution within the framework of literacy campaigns in the Portuguese colonies in Africa. Said analysis shows the shortcomings of traditional models when teaching reading and writing as simple decoding techniques (academic approach and utilitarian approach), likewise these approaches fail by ignoring the cultural heritage of students (cognitive approach and romantic approach), silencing their voices. Freire and Macedo highlight the importance of language in literacy and the expressions of that language outside the classroom in vernacular practices. To do this, it is necessary to establish a dialogue with the student, where talking to the student differs from talking to the student. Authors such as Giroux critical pedagogy and Cassany new literacy studies, among others, subscribe to Freire’s approaches. Cassany, for example, in her studies on the new ways of reading and writing of the new century, emphasizes the importance of the vernacular, referring to the use of new digital technologies both in the classroom and outside of it.