Who is Ouranos (Uranus)? The Myth, story, history of Ouranos. The role of Ouranosin the Greek Mythology.

Ouranos (Uranus); Hesiod in the seventh century BC traced the genealogy of the Greek gods back to the divine pair Ouranos and Gaia, sky and earth. Passionate was their relationship, since Ouranos ‘drawing near and spreading out in all directions, eager from love, enveloped the earth in all directions’. But it was also destructive: Ouranos permanently eoupling with Gaia meant that the sky could hold baek their children in the earth’s womb. 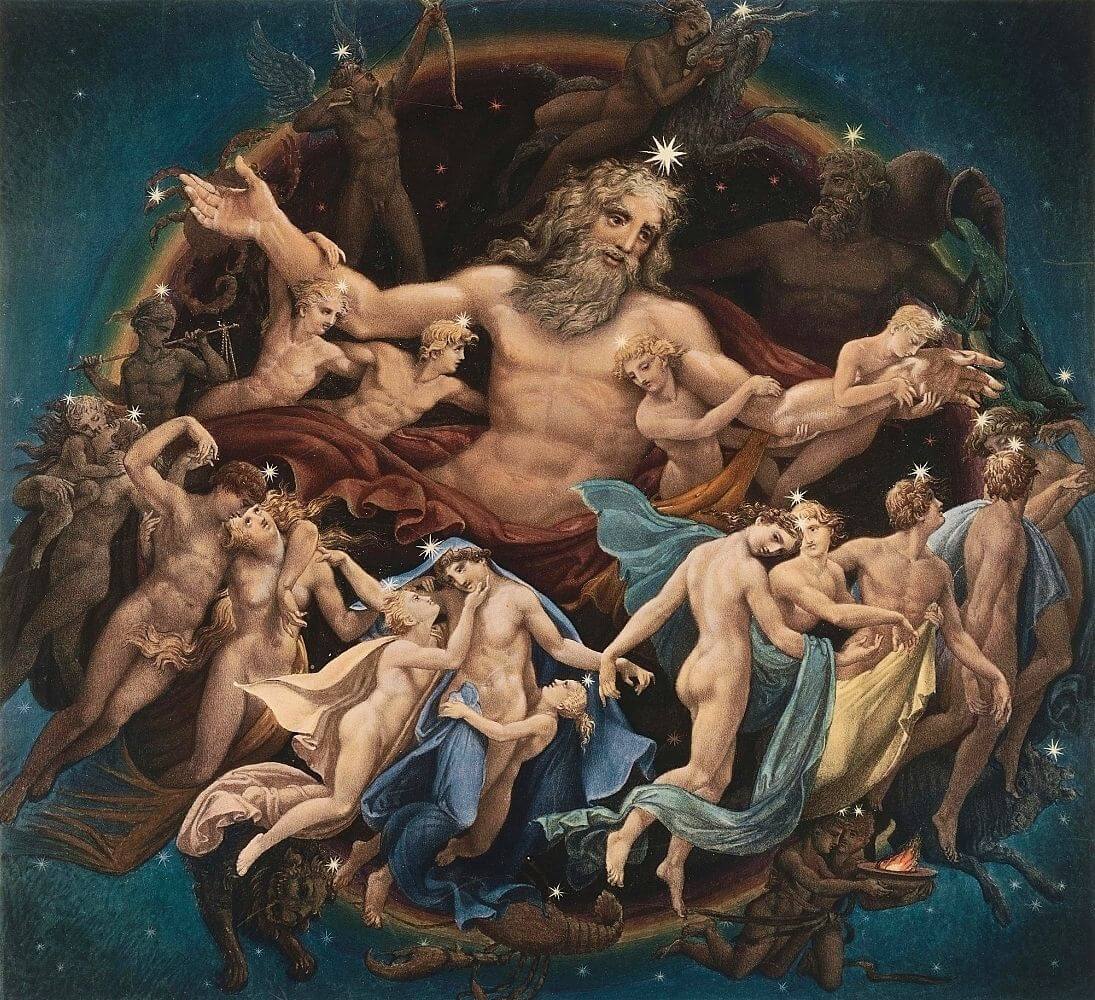 One of these buried offspring, Kronos, the youngest son, determined to overthrow the sky father of hated name. Gaia having conceived a mighty sickle with sharp teeth, Kronos swung this weapon so well that he cut off Ouranos’ phallus within the earth’s body. Emaseulated sky was thus separated from earth-pushed asunder as in West Asian myth by the first of the gods-and from his blood Gaia eoneeived the ‘strong ones’, the Erinyes, the Titans, and other creatures, while the fallen phallus engendered in the sea Aphrodite. Ouranos then passed into oblivion and Kronos ruled the universe, taking to wife his sister Rhea.

This period was the Golden Age, when the Titans lived. But Kronos, too, disposed of his sons being warned by an oracle that he would be displaced by one of them, till Zeus was born and rescued from this fate by his mother. After a long struggle his children, led by Zeus, defeated Kronos and the Titans, whom they dispatched to Tartarus deep beneath the surface of the earth.

The deposition of Ouranos recalls the narrative in the Song of Ullikumi, an Hurrian myth of the second millennium BC. Kumarbi dealt with his tyrannical father in a more drastic way. He swallowed the divine member, becoming pregnant with several ‘terrible gods’, includiıng the storm god Teshub, who was destined to cause his own overthrow. In Hesiod the theogonic succession is Ouranos, Kronos, Zeus. Two centuries earlier Homer still knew of the primeval waters; ‘Okeanos from whom the gods are sprung’; but for Hesiod the original chaos of the murky deep is all egorized as the child of Ouranos and Gaia. Oceanos becomes the surrounding waters where earth meets sky.