Who is Minos? The Myth, story, history of Minos. The role of Minos in the Greek Mythology.

Minos; Greek legend is ambivalent about Minos, the Cretan king who appears both as a just law-giyer and as a cruel oppressor. As Minos seems to have been a title rather than a personal name, the ancient Greeks remembered the great days of what we term Minoan civilization by this nameless king. At his fabulous palace of Knossos, Minos employed Daedalus, whom the Greeks revered as the archetypal craftsman. His works were thought to be tinged with divinity. So lifelike were his statues that they had to be chained down in order to prevent them from running away.

The more practical assistance Daedalus rendered Minos’ queen, cursed Pasiphae brought about the craftsman’s downfall, however, because the decoy cow she used to deceive Poseidon’s bull caused her to conceive the dreaded Minotaur. Minos pursued the fugitive Daedalus to Sicily with a great fleet, but the king died there at Kamikos. Apparently the daughters of the local ruler were unwilling to lose Daedalus, who made them beautiful toys, and with Daedalus’ help they plotted Minos’ death. 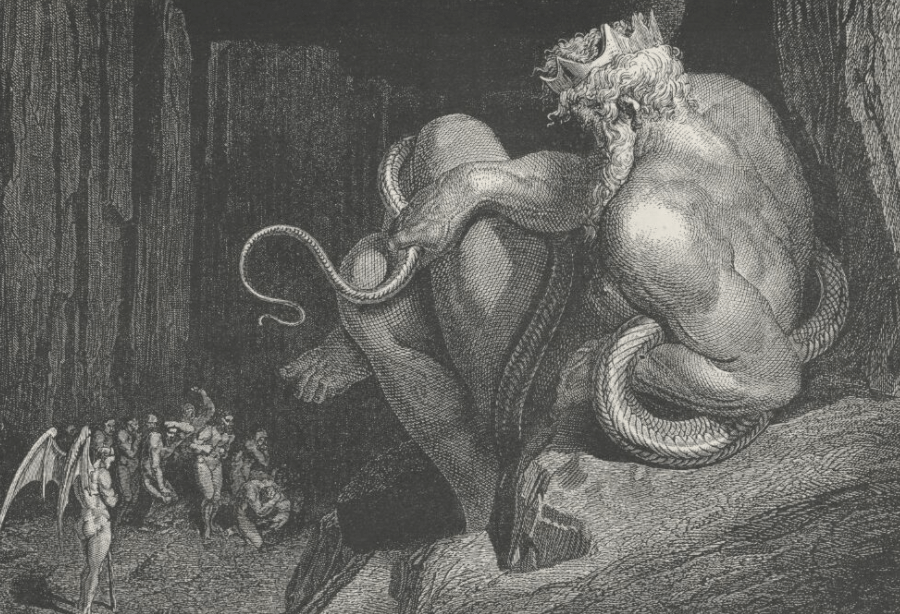 Daedalus led a pipe through the roof of the bath, down which they poured boiling water or oil upon Minos, while he was washing. Subsequently the corpse was handed over to the Cretans, who buried the king in a tomb situated within a local temple dedicated to Aphrodite. Only in the fifth century BC were the supposed remains of Minos returned to Crete by Theron, tyrant of nearby Acragas.

On a few south Italian vases Minos is portrayed as the judge of the dead, a tradition that lingered into the Middle Ages. In the second circle of Hell, Dante has Minos, horrible and snarling, review the offences of those souls who have been sent to ‘the abode of pain’. He indicates his judgement, namely İn which of the nine cirdes the lost must dwell, by the number of times he ‘encircles himself with his tail’.