Cooking is said to be the perfect blend of art and science but sometimes, some styles go the extra mile to amaze your taste buds and stun your senses.

One such style of cooking is called ‘molecular gastronomy’ which uses techniques from physics and chemistry to create edibles, which seem to have been beamed onto this plant from elsewhere in space. Crafting unique and outwardly innovative eating experiences, it transforms the look and texture of everyday food and elevates it to something else entirely, much to the delight of the intrepid diners, who wish to stray away from the mainstream and ‘regular’.

You will probably remember Dippin’ Dots ice cream, which was the masses’ first taste of what molecular gastronomy has to offer. People were thrilled with the concept of transforming everyone’s beloved ice cream into a sci-fi kind of space food, just by changing the freezing technique. Although the term ‘Molecular Gastronomy’ has been coined in 1992, it’s only recently that that people have picked up on it and it has become a trend of sorts, making appearances on many menus across the globe. With the food looking non-traditional and sometimes quite alien, there was a worry among the people that too much science was going on in their plates. But considering that all the processes used are completely natural, people warmed up to the idea, soon enough. 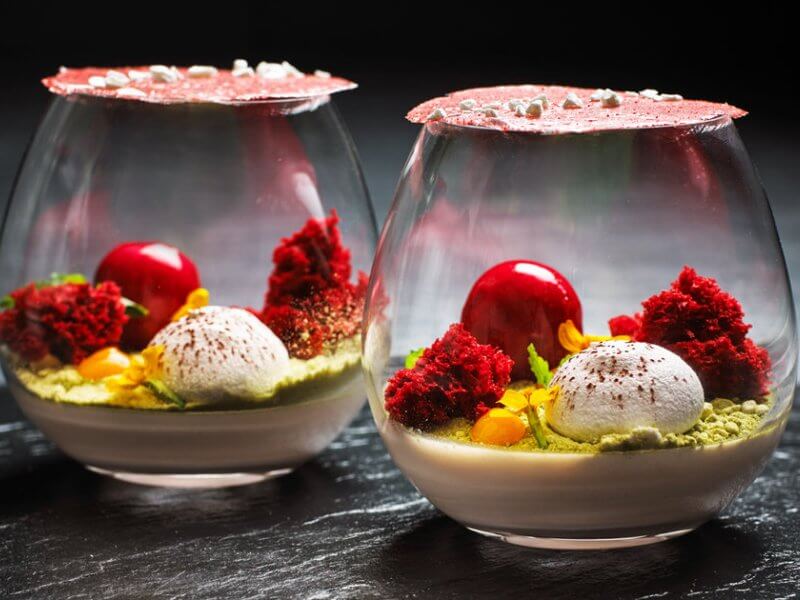 From the deconstruction of desserts to translucent pasta and faux-caviars, the unique concept of this cooking style thrills everyone at the dinner table. The lab-like apparatus and techniques, such as evaporators and using liquid nitrogen being used, is a treat to watch. But beware, most chefs detest the word molecular gastronomy and instead encourage the usage of terms such as “culinary constructivism”, “avant-garde cuisine,” or just “modernism”. Whatever you prefer to call it, the thrill of trying new things and exploring unchartered culinary territories, is quite appealing to a lot of people.

Would you give moss vapor, a try? How about some olive oil caviar, powdered duck fat or some freshly made foam peas? We are here to familiarize you with commonly used molecular gastronomy terms, which will help you when placing your order at the latest ‘modernist’ restaurant near you.

In French, it literally meaning “under vacuum,”, which is the practice of cooking food (vegetables or meats) in an air-tight plastic bag, dunked in a water bath which is temperature controlled, and this has to be done for an extended period of time. When the food is taken out of this bath, it is evenly cooked and tender both from inside and out. 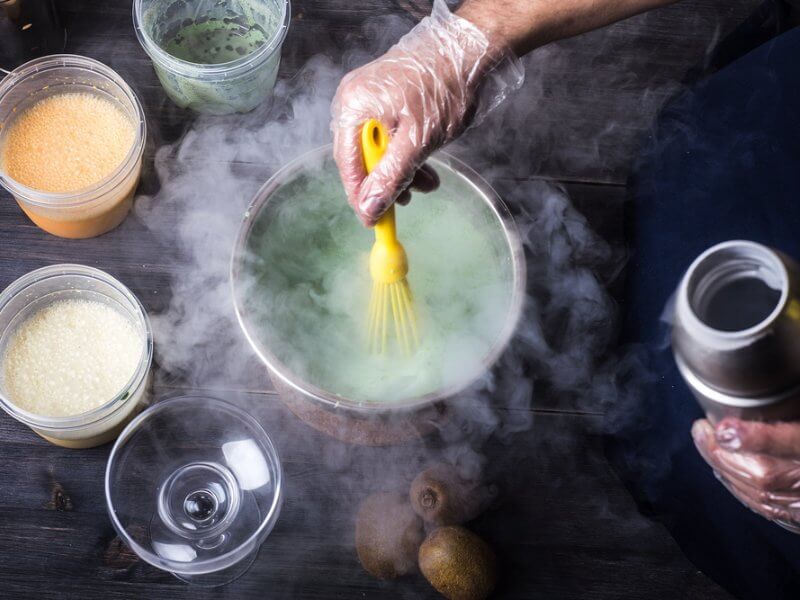 With this particular molecular gastronomy technique, liquid nitrogen is used to almost instantly freeze food. This process allows for the liquid inside most vegetables, fruits and other foods to solidify without creating big crystals or causing damage to the cell membranes. What this does is that it preserves the texture of the frozen food, which is otherwise lost when it is thawed or de-frosted.

Just as the word sounds, deconstruction is the opposite of construction, i.e you break something down to its bare elements. With this same principle, deconstructed dishes will feature the basic building blocks of a dish and will be presented to you in different parts, instead of it all being combined by the chef. How you construct it, depends on you. If this isn’t a customized culinary experience, we don’t know what is! 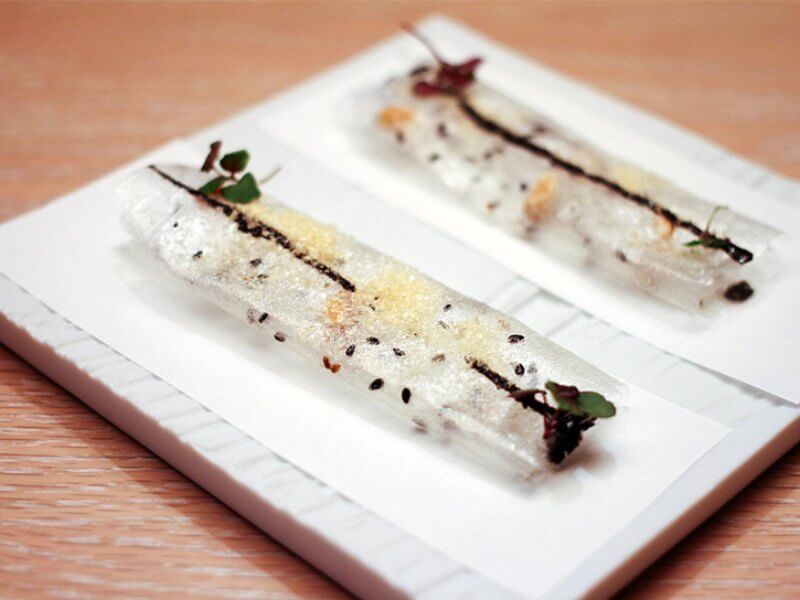 These tasty (and obviously edible) sheets are comprised of soybeans and potato starch. What makes them fun and artsy is that you can paint and print things on it using edible plant-based inks. How much fun does that sound like?!

Ever had a meringue on a pie before? If you have, you’ve eaten foam. Chefs, from all over the world, are now turning vegetables, fruits and even cheese into foams with the help of thickening agents and food stabilizers. It’s an aerating process which ensures that the foam is able to capture the taste of any substance which is being introduced with more air. 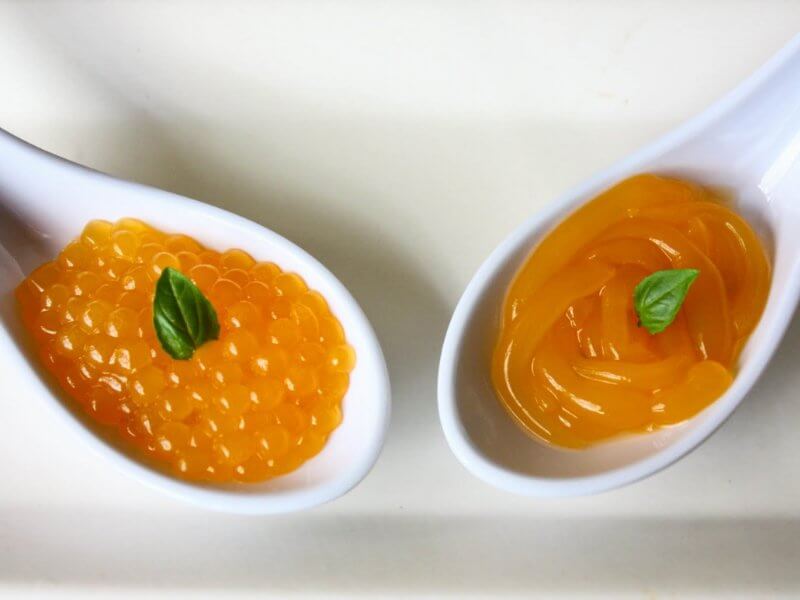 Using a kitchen alchemy process called spherification, liquid foods such as fruit juices, olive oil and tea can be transformed into tiny little ball-like structures, which resemble caviar. The liquid inside is held in by a thin gel-like membrane, which can be enjoyed as a solid food, but is in fact, a liquid. This illusion breaks when one consumes these spheres and they burst out with flavor as they are being eaten.

Using maltodextrin, which is a starchy substance, chefs can transform any liquid with high fat content into a powder. We wonder if powdered olive oil tastes like the real deal.