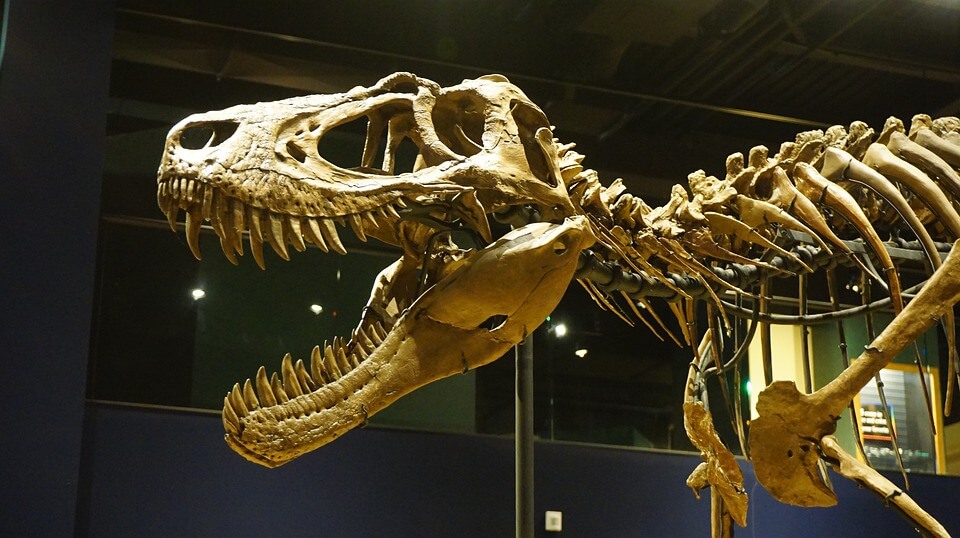 Mesozoic Era; This era lasted at least 135,000,000 years and is named after the Greek words for middle (mesos) life (zoe) and is also known as the Age of Reptiles. Reptiles, some larger than any creature now living except the whale, walked on the land, swam in the seas and even flew. In the seas the trilobites and graptolites of the Palaeozoic Era disappeared, and their place was taken by coiled ammonites and the cuttle-fish-like animals called belemnites. On land, the fantastic plants of the Palaeozoic Era also disappeared and were replaced by cone-bearing trees, plants rather like palm trees and ferns.

Geologists have divided the Mesozoic Era into the following three periods :

At this time northern Europe became a great desert because the mountains produced in the Armorican Movements cut it off from moisture-bearing winds. Layers of sand were laid down in this desert, which are now called New Red Sandstone. In-land seas were soon dried up by the hot sun and, as they dried up, left deposits of gypsum, rock salt and potassium salts.

The Jurassic and Cretaceous Periods:

In Europe the sea spread again, flooding the flat deserts. In the Jurassic period beds of limestone oolites were formed. Many of them are now well-known building stones and can be seen in the houses of the Cotswold valleys in southern England. Most of the iron ores of Britain, France and Germany come from ironstones of Jurassic age. The Jurassic clays, particularly those found round Bedford and Peterborough, are often used for brick-making.

Towards the end of the Cretaceous Period the sea became shallower and finally disappeared southwards, leaving England an area of dry land once more.