A memorial dedicated to Marsha P Johnson, the last African-American transgender pioneer and activist, will be unveiled in New York in 2021.

But Johnson spent much of her life ostracized by society. Almost 30 years after her death, Johnson is receiving the attention she was denied when she was alive, with stories of her activism circulating on Instagram like never before, drawing her attention to a new generation of fans in Pride month. 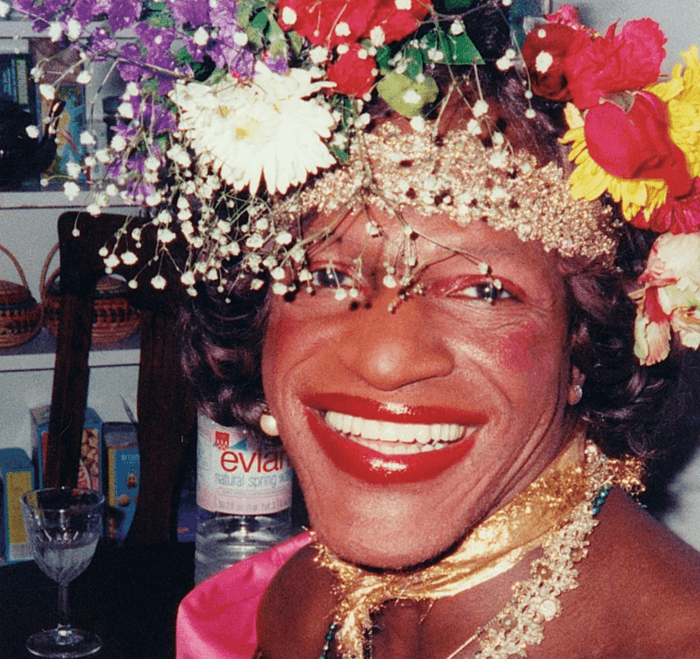 Her death in 1992 (46 years) was largely unreported by the mainstream press. Johnson’s body was found in the Hudson River, and New York police declared her a suicide, but her friends and fellow activists have always shared their disbelief at the ruling. Since then, there has been increasing recognition for her invaluable contributions to the causes of social and economic justice. In addition to working to help homeless youth who were marginalized by their families because of their sexuality, Johnson was a tireless advocate for AIDS patients. Johnson herself was diagnosed with HIV in 1990.

In addition to being an activist, Johnson was a drag artist, sex worker, and an indelible part of street life in New York’s Greenwich Village for three decades. After graduating from high school in New Jersey, Johnson, who was born Malcolm Michaels Jr, arrived in New York in 1963 with a bag of clothes and $ 15 (£ 12) in his name. At 23, Johnson became a key figure in the events that followed the police raid on the village gay bar, the Stonewall Inn, on June 28, 1969.

Having resisted arrest, Johnson and others, including his dear friend Sylvia Rivera, a Latino gay liberation and transgender human rights activist: led a series of uprisings protesting the raid. Not only did the first Gay Pride parades follow in 1970, but Johnson and Rivera founded STAR (Street Transvestite Action Revolutionaries), to support transgender youth. Johnson dedicated much of her life to helping others, despite suffering from various mental health problems that meant she was in and out of psychiatric hospitals.

While being interviewed for a book in 1972, Johnson said her ambition was “to see gay people released and free and to have the same rights that other people have in the United States,” with her “gay brothers and sisters out of prison and on the streets again. ” It is this kind of sentiment that inspired multiple documentaries about her life, including David France’s 2017 film The Death and Life of Marsha P. Johnson. 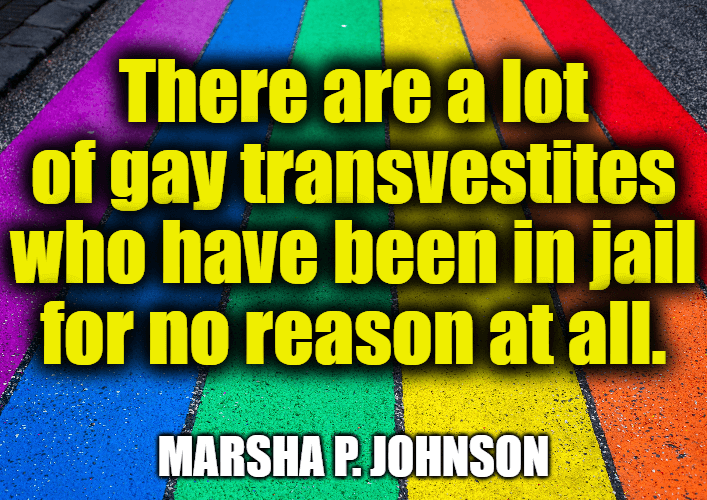 Johnson’s flamboyant sense of style and personality also caught the attention of Andy Warhol. Johnson, who mostly got her garbage container outfits, was often seen wearing sparkly red heels, stacked costume jewelry, colorful wigs (complete with artificial fruit), and dresses embellished with sparkly sequins. Such elaborate looks became part of her drag character (she was part of the Hot Peaches drag group), and were immortalized in Warhol’s 1975 portfolio of Polaroids, Ladies and Gentlemen. Warhol filmed silkscreen prints of drag queens and the transgender community at the Gilded Grape nightclub for the series. “I was nobody, nobody, from Nowheresville, until I became a drag queen,” Johnson said in a 1992 interview. 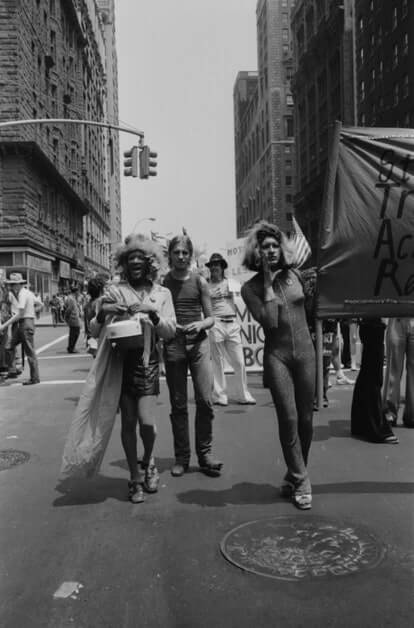 Johnson with her friends, including Sylvia Rivera, at a parade in NYC

Being black, poor, gay, and gender nonconforming, Johnson knew more than most what it meant to be marginalized. His passion, hope, and perseverance in the face of such oppression is why his story resonates to this day, when many of the battles he waged have yet to be won. According to a 2019 report, 331 trans and gender people were killed worldwide as of September, including one in the UK and nine in Europe. Learning from Johnson’s example, the fight for equality and acceptance continues.