He experimented with native foods from the Philippines, and during World War II he developed Soyalac (from soybeans) and Darak (from rice bran), which also helped smuggle internment camps run by Japanese that helped save the lives of thousands of Filipinos and Americans. and other nationals.

Born on November 29, 1893 in Taal, Batangas, María Orosa was the fourth child among eight of Simplicio A. Orosa and Juliana Ylagan-Orosa. Although her father died when she was a child (and she helped her mother in the general family store), many of her brothers also distinguished themselves in the Philippines. His older brother, Engr. Vicente Ylagan Orosa Sr., became Secretary of Public Works and Communications, and later President of the Peoples Housing and Housing Corporation (PHHC) during the administration of President Ramon Magsaysay. His brother, Dr. Sixto Ylagan Orosa Sr., became a pioneer doctor, and his nieces and nephews included the banker Sixto L. Orosa, Jr., Philippine National Dance Artist Leonor Orosa Goquiñgco, businessman José RL Orosa, the award-winning cultural journalist Rosalinda L Orosa and her biographer Helen Orosa del Rosario. 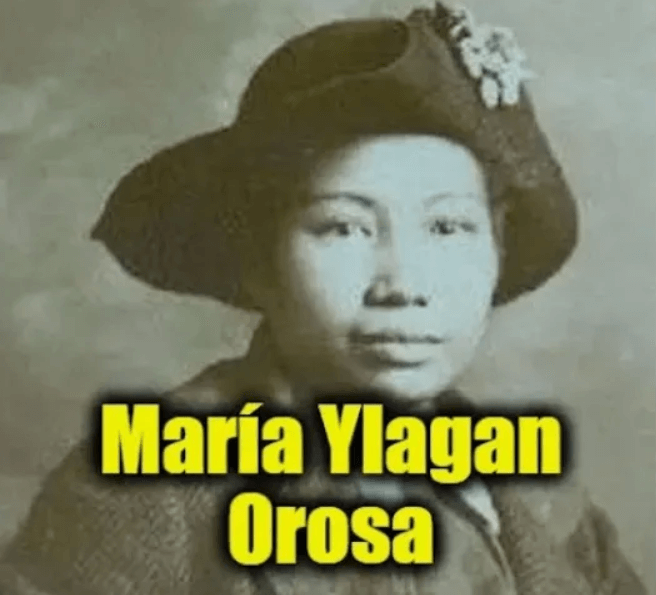 As a government-sponsored scholar, Orosa earned bachelor’s and master’s degrees in pharmaceutical chemistry, and an additional degree in food chemistry from the University of Washington. He worked in canned fish factories in Alaska during the summer vacations of the university.

Although the Washington state government offered him a job as a chemical assistant, Orosa returned to the Philippines in 1922. He initially taught home economics at the University School Center, then transferred to the food preservation division of the Philippine Office of Science. Orosa wanted to help the Philippines be self-sufficient, as well as empower Filipino families. He organized 4-H clubs on the islands (which had more than 22,000 members by 1924), and traveled to the neighborhoods to teach women how to raise chickens, preserve local produce and plan healthy meals.

Orosa invented the palayok oven so that families without access to electricity can bake, and developed recipes for local products such as cassava, bananas and coconut. His banana ketchup became a favorite seasoning and ingredient for cooking on the islands. He also developed wines and pinch of calamansi, a dried and powdered form of a citrus fruit that is also used to make reconstituted calamansi juice, banana ketchup and other recipes. Orosa eventually became head of the Domestic Economics Division and organized its Food Conservation Division. Using both his local and technical knowledge, Orosa also made culinary contributions and taught appropriate conservation methods for native dishes such as marinade, dinuguan, kilawin and pickled.

During World War II, Orosa used her experience in food science to invent Soyalac (a protein-rich soybean powder product) and Darak (a thiamine-rich rice powder bran and other vitamins that could also treat beri -beri). She also became a captain in Marking’s Guerillas, local Filipino forces organized by Marcos V. Augustin Marking who helped US forces fight against the occupying Japanese troops, including by using carpenters who had inserted Soyalac and Darak into bamboo sticks gaps that led to jailed civilians. at the University of Santo Tomás in the capital, as well as in prisoner of war camps run by Japanese in Layers and Corregidor. Dusts saved the lives of many hungry prisoner guerrillas and American soldiers. His “Tiki-Tiki” cookies (made with Darak) also saved many civilian lives during food shortages in times of war.

Although family and friends urged “Tia Maria” to leave Manila to go to her hometown while US, Filipino and Japanese forces struggled to control the city, Orosa refused and insisted that, as a soldier, she should remain in her post. On February 13, 1945, Orosa died of shrapnel wounds after being struck first in her government office during a US bombing, then the hospital she had been taken to was bombed and another fragment of shrapnel pierced her heart, killing her instantly. The American Red Cross awarded Orosa a humanitarian award for its food smuggling efforts. His niece Helen Orosa del Rosario in 1970 published Maria Orosa: her life and her work, which also included 700 of Orosa’s recipes.

The Philippines has officially recognized the contributions of Orosa. His home province, Batangas, installed a bust and a historical marker. A street in Ermita, Manila (where the Philippine Court of Appeals is located), bears his name, as is a building in the Office of Plant Industry. During the 65th anniversary of the Institute of Science and Technology, he became one of the 19 scientists who received special recognition. On November 29, 1983, the National Historical Institute installed a marker in his honor at the Office of Plant Industry in San Andres, Manila. In commemoration of its centenary, the Philippine Postal Corporation issued a postal stamp in his honor. His hometown of Taal, Batangas also celebrated the 125th anniversary of his birth on November 29, 2018.