Who was Marco Polo? What Did Marco Polo Discover? Information about Marco Polo biography, life story, voyages, discoveries and explorations. 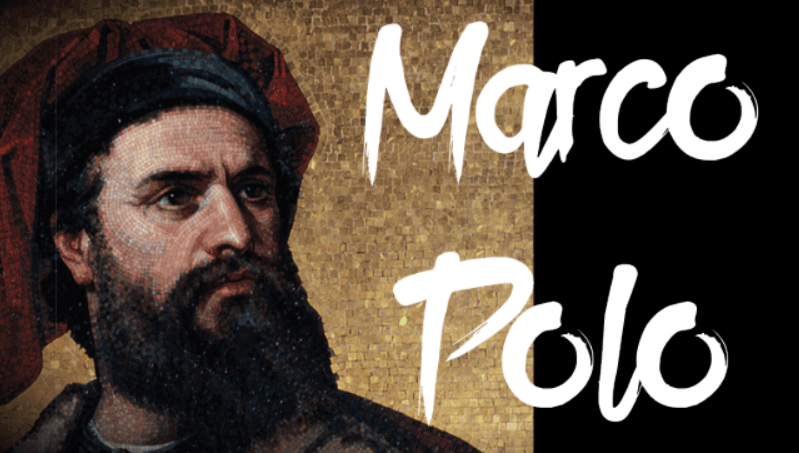 Marco Polo; Medieval Italian traveler in Asia: b. Venice, 1254; d. there, 1324. Marco Polo’s father Nicolo and his uncle Maffeo were members of the Venetian Republic’s merchant aristocracy. In 1260 the two brothers took leave of their families, including the six-year-old Marco, and embarked on the first great Oriental trading expedition of the Polos. From Constantinople they sailed across the Black Sea to the Crimea. Thence their quest for trading profits took them by land far north up the Volga Valley and eastward into Bokhara where they entered the domain of the great emperor of the Tartars, Kublai Khan. Meeting an ambassador of one of the lesser Khans on a diplomatic mission to the imperial court, the Venetian merchants accepted his invitation to accompany him. Kublai Khan cordially welcomed the newcomers (whether at his summer residence at Shangtu north of the Great Wall, or at Cambaluc, i.e., Peking, Polo does not say).

Kublai questioned them about the Christian lands of the West, loaded them with presents and finally gave them ambassadorial status, and commissioned them to convey a letter to Pope Clement IV requesting that one hundred missionaries be sent to convert his people to Christianity. Having passed nine years in the Orient, the returning travelers arrived at Acre in 1269. The papal legate at Acre, Tedaldo, archdeacon of Liège, informed them that Clement was dead and advised them to wait for the election of his successor. They decided to employ the interval in a visit with their families in Venice. On arriving home, Nicolo found that his wife had died, but his son Marco was now a strapping youth of fifteen.

The election of a new pope was long delayed, and not until two years later did the Polos set out, this time young Marco accompanying them, on their second journey to the Great Khan. They voyaged to Acre, revisited their friend the archdeacon-legate, proceeded to Jerusalem where they obtained some of the oil of the lamp of the Holy Sepulchre requested by the Tartar emperor, then turned north again on their long overland journey. They were still in Armenia when messengers from Tedaldo at Acre caught up with them with the news that he had himself been elected pope. As Gregory X he commanded them to return to receive his instructions and convey his answer to Kublai Khan’s requests. The king of Armenia furnished the Polos with an armed galley, and soon they were back at Acre. Unfortunately, the new pope could find only two Dominican friars who would consent to face the perils of the journey to that unknown land, and these, losing heart, deserted before the Polos had even reached the further borders of Armenia.

The journey across the deserts of Persia and the mountainous heights of Afghanistan to the plateau of Pamir, thence across the Gobi Desert of Mongolia, and finally to Kublai Khan’s court at Shangtu in farthest Cathay consumed three and a half years. Marco Polo was twenty-one years old when the Venetian travelers finally arrived in 1275 at the summer palace of the most powerful emperor the world had ever known. The Great Khan received them with marks of special favor and enrolled Marco among his attendants of honor. In a short time the young Venetian acquired proficiency in speaking and writing four languages, and learned, too, the manners of the Tartar court. Finding him a wise and prudent official, the emperor entrusted him with important governmental affairs during the 17 years he remained in the imperial service.

For three years he was governor of the great city of Yangchow. Often sent on missions to distant parts of the empire, Marco trained his powers of observation and became an inveterate note-taker ; for he found that his master was as deeply interested in the different manners and customs of the many races peopling his vast domain as he was in affairs of state. To his own direct observations Marco added information given him by other travelers. In the course of years he accumulated a more extensive fund of knowledge of the Orient than was possessed by any European for centuries to come. 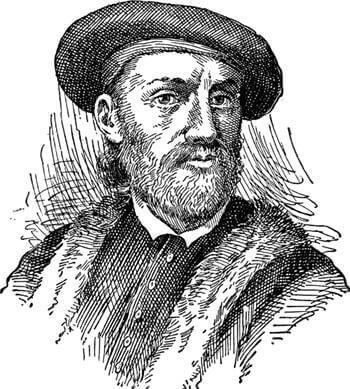 Great wealth and honors gained in the imperial service did not blind the Venetians to the dangers of their position. Their munificent protector was now old. At his death his successor might despoil if not kill these favorites of Kublai. But it was no easy matter to gain permission to resign from the emperor’s service and leave his domain. At last they found a pretext. Marco, having just returned from a successful voyage down the China coast to the East Indies, was petitioned by some Persian noblemen at the court to convey them back to Persia by sea with a Mongol princess given by Kublai as wife for their Khan, Arghun. Reluctantly Kublai Khan charged the Polos with this mission, at the same time furnishing them, with letters to the pope, the kings of France, Spain and England, and other Christian princes. The journey by sea and land was long and perilous, two of the three Persian nobles dying en route. Eventually the princess was safely delivered, not to Arghun, for he had died during the years of absence of his emissaries, but to his son and successor. The Polos’ departure from Cathay had been in good time, for during their journey they learned that Kublai Khan was dead. In due course they reached Trebizond on the Black Sea, sailed to Constantinople, thence to Negropont in Greece, and finally arrived home in Venice in 1295 after an absence of 24 years.

The foregoing account is a résumé of the author’s “Prologue” of one of the world’s most fascinating travel classics entitled The Book of Marco Polo. Its author’s adventurous life did not end with his homecoming. Three years later (1298) in a war between the rival sister-republics of Venice and Genoa the Venetian fleet, in which Marco held a command, was defeated and Marco taken prisoner. While a captive in Genoa he sent for his travel notebooks and dictated to a fellow-captive, a scribe named Rustigielo of Pisa, the work that was to gain him literary immortality. At the conclusion of peace less than a year later he was liberated, but by that time his book had been completely transcribed on parchment.

Many copies of the manuscript were made during the nearly two centuries that preceded the first European printed books, and one of these in French, Marco presented to a French nobleman in 1307, as appears in a note on the manuscript copy preserved in the National Library in Paris. Eighty-five manuscript copies in Italian, French and Latin are preserved in museums and libraries. One of the first printed editions of record was an Italian version published in 1559 by Marco Polo’s first editor and biographer, John Baptist Ramusio. In 1824 the French Geographical Society printed from a manuscript written in Old French what is considered by modern scholars the best of the texts. Indeed, it is now generally agreed that the original narrative was dictated and written not in Italian but French. The famous English scholar, Sir Henry Yule (d. 1889), was of this opinion; and his English version, translation of a French text, revised and augmented by Henri Cordier (London 1903; 3d ed. rev., 2 vols. 1926) still remains the standard critical edition. That the polylingual Marco Polo should have dictated his book in French rather than in his native dialect is understandable when one recalls that in the 13th and 14th centuries, even more than in the 20th, French was the international language throughout the Mediterranean region, the language of barter as well as of diplomacy, and that a book written in French was assured a far wider circle of readers.

Christopher Columbus possessed a printed copy of the Latin version; on more than 70 of its pages appear manuscript notations in the Genoese admiral’s hand testifying to the great influence exerted on him by Polo’s narrative. It was to Marco Polo’s Cathay that the great discoverer directed his westward course in 1492.

Polo was the first traveler to blaze a trail across the entire continent of Asia, naming and describing the cities, provinces, and kingdoms he traversed from Armenia to Kublai Khan’s capital, Peking. But for centuries his book was regarded as a mass of fabrication and exaggerations. Not until the 19th century did the researches of French and English scholars prove his veracity. There are many English editions, most of them, like the Everyman’s Library edition, based on the classical English translation by Marsden (1818) of Ramusio’s Italian version. A revision of the Marsden translation by Manuel Komroff was published in New York in 1933.