Emilia Clarke may be known as a notoriously private person who has decided to keep her personal life away from the spotlight despite her portrayal of Daenerys Targaryen in the hit HBO series “Game of Thrones,” but she’s definitely vocal when it comes to the causes she believes in, especially when it’s dear to her heart.

The same can be said of Kate Middleton, who is also as passionate about the causes she champions — but that’s not the only thing they have in common.

Recently, the Nursing Now global movement, which aims to uplift the status of nurses worldwide, announced that the Mother of Dragon is their first ambassador.

In a statement, the 32-year-old described nurses as the “backbone” of healthcare system, but unfortunately, they remain underappreciated. She believes that with the right policies, they could make a better impact on patient care. 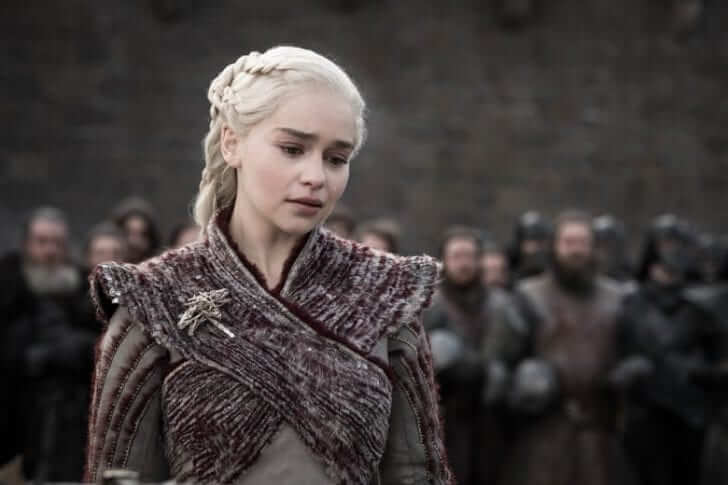 Emilia Clarke is the first ambassador of the Nursing Now campaign

Furthermore, Clarke suggested that we should invest in and empower our nurses to make them feel more confident in taking on primary care-giving roles for patients.

The actress has been working as an ambassador for the Royal College of Nursing and last year she vowed that she would help the nurses get the support and investment they need to flourish in the industry.

Now, she’s strengthening her support for the cause with the Nursing Now campaign by partnering with the World Health Organization and the International Council of Nurses.

Kate Middleton Helps in the Launch

Apart from Clarke, the new project also has the support of another influential celebrity — Kate Middleton.

The Duchess is a patron of the Nursing Now and she even visited St. Thomas’s Hospital and Royal College of Obstetricians and Gynecologists for the launching of the initiative back in February 2018.

As it reached its first anniversary, Middleton commemorated the milestone by issuing a statement, which revealed that she was happy about the growth of the campaign internationally and highlighted how nurses play a vital role in healthcare.

The mum-of-three also expressed her joy over WHO’s declaration of 2020 as the Year of the Nurse and Midwife, which she said was a huge leap for the 20 million nurses across the globe.

This wasn’t simply a cause that Middleton wants to support but it serves a deeper meaning to her.

She divulged during her visit at St. Thomas’ Hospital that her great grandmother was a volunteer nurse, looking out for injured servicemen during World War I.

At the facility, the Duchess saw how operations work and witnessed the dedication of the nurses who were caring for the kids in the Leopard Ward at the Evelina London Children’s Hospital.

After her visit, she joined a roundtable discussion where she extended her gratitude for those who provide daily care for patients.

Clarke, meanwhile, also praised the nurses last year during an awards ceremony. At the time, she underlined how the health workers are neither being paid enough nor getting recognition for their efforts.

As a result, nurses who work round the clock are forced to leave the profession to find better-paying jobs.

More than this, they also hold a special place in her heart after seeing how skilled the nurses were as they took care of her father before he died from cancer in 2016.

The actress said that during those days, it gave her a chance to see the intricacies of caring for other people and opened her eyes to the impressive emotional intelligence they possess. Clarke urged the public to value nurses, who, ironically, save lives but are struggling to make ends meet.

Six years ago, she was filming in Kentucky when she learned of her dad’s dire condition so she had to wrap up early. She wasn’t able to reach her father in time and learned of his demise while still at the airport.

Cambridges Are Fans of “Game of Thrones”

Surely, Middleton is thrilled that Clarke is joining her in the Nursing Now team. The Duke and the Duchess of Cambridge revealed in an interview that they are big fans of “Game of Thrones” and even watch it while eating takeout.

Previously, they also bumped with Tom Wlaschiha, who portrays Jaqen H’ghar in the show, and tried to get some spoilers. Prince William had also met Daenerys at the Kensington Palace during the Centerpoint Awards.