José Maria de Eça de Queiroz; (1845-1900), Portuguese author, who was the outstanding master of the modern Portuguese novel. Eça de Queiroz (Queirôs ) was born in Pôvoa de Varzim no Nov. 25, 1845. He studied law at the University of Coimbra and spent most of his life in the Portuguese consular service in Cuba, England, and Paris, where he died on Aug. 16, 1900. 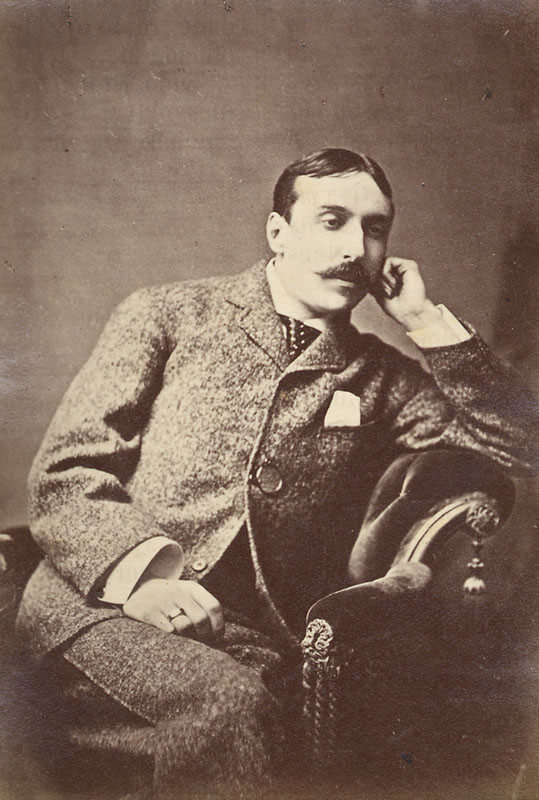 As a member of the literary reform group called the generation of ’70, Eça de Queiroz wanted to replace the oratorical, conventional, and (to him) hypocritical Portuguese tradition with a literature dealing realistically with the issues of life. His romantic early writings, collected as Prosas bôrbaras (published posthumously, 1905), showed an entirely new prose style-lyrical, ironic, melodious, full of subtle insinuations-that eventually revolutionized Portuguese prose. In 1871 he and Ramalho Ortigao began to write and publish a monthly journal, As Farpas (1873-1883), which mordantly satirized Portuguese life.

Eça’ s first major effort was the novel “O crime do Padre Amaro” (three versions, 1875-1880), which used the love affair of a priest to expose the corruption of the provincial clergy. O Primo Basilio (1878) focuses, through a Flaubertian case of adultery; on the middle class of Lisbon. Eça’s analysis ot society was completed with Os Maias (1888), in which an ineident of incest is employed to take the upper strata of Lisbon to task. Eça’s stark naturalism, devastating sarcasm, and novel prose style provoked bitter attacks, and he was called the “Portuguese Zola.”

Eça’ s naturalism was only a phase. In O Mandarim a Faustian novelette published in 1880, he had already moved on to a new and original aesthetic form in which observed reality is subordinated to the free flight of imagination. In A Beliquia (1887), a delightful picaresque story of cupidity and religious hypocrisy, he constantly intertwines opposites-caricature and truth, crudeness and lyricism, irreverence and piety, fancy and reality. In the posthumously published A ilustre Casa de Ramires (1900), A Cidade e as Serras (1901), and A correspondencia de Fradique Mendes (1900), without renouncing his caustic attitude, he turns his eyes with tenderness on Portugal’s past. An aesthete disillusioned with city life, he rhapsodizes about the bucolic simplicity of the peasants and the countryside.