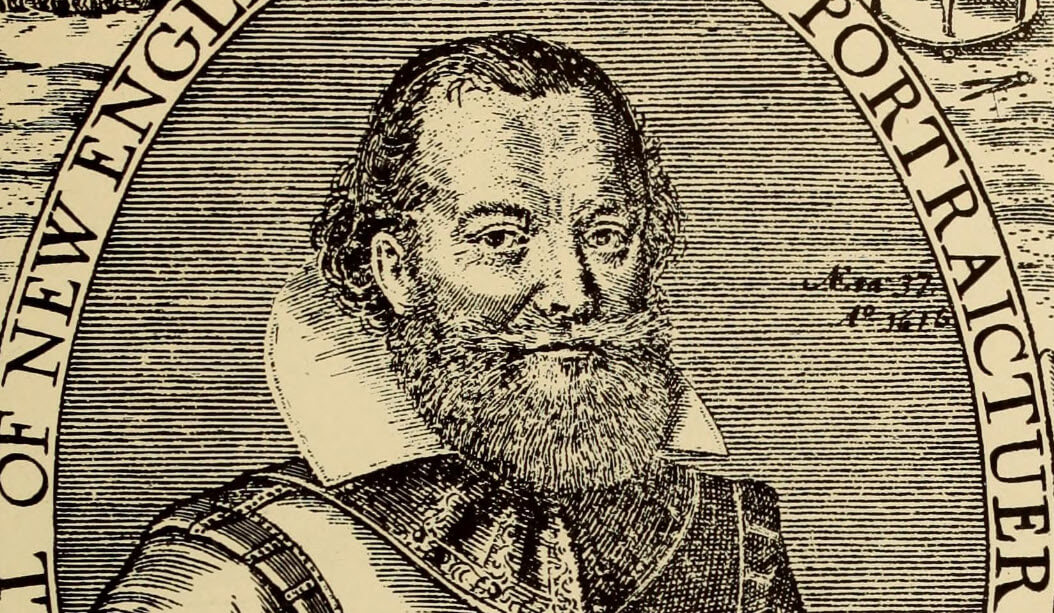 John Smith; (1580-1631), English soldier, explorer, and colonist, who was a founder of Virginia. A colorful, near legendary figure in American history, Smith has been the subject of a long and lively historical controversy. His name evokes a popular image of a swashbuckling, romantic hero, who saved the infant colony of Jamestown from internal and external menaces and who himself was rescued by the Indian maiden Pocahontas. Some 19th century historians belittled Smith and his role in the founding of America, claiming that the heroic exploits described in his narratives were invented to promote himself. Modern historians, however, have been able largely to substantiate Smith’s writings, while putting legend in its proper perspective. A superb propagandist for the English colonization of America and a forthright, energetic colonizer himself, Smith justly deserves his fame.

Born in Willoughby, Lincolnshire, England, the son of a tenant farmer, Smith was baptized on Jan. 9, 1580. He had traditional schooling but early showed the adventurous spirit that was to take him to America. The Dutch war of independence from Spain first beckoned him, and he joined British volunteers in the Netherlands in the late 1590’s. He then sought adventure in France and on a merchant ship bound for the Near East, ending up in Italy. Late in 1600 he joined the Austrian forces in the “Long War” against the Turks.

Promoted to captain for his services in Hungary, he was sent to Transylvania in the spring of 1602. There he accepted challenges to single combat in duels that resulted in his killing three Turkish officers. Later wounded and captured, Smith was sold into slavery and transported to work in a Turkish colony in southern Russia. He escaped by murdering his master and fled back through Russia, Poland, and Transylvania, reaching the court of the prince whom he had served and being handsomely rewarded. Though Smith’s name has not yet been found in any local records, circumstantial evidence corroborates his story as to time, place, and events.

After adventures in Europe and Africa, Smith returned to England during the winter of 1604-1605. There he got caught up in the plans to colonize Virginia. A royal charter licensing such activities was signed on April 10, 1606, and the Virginia Company of London (London Company) was formed. The first colonists sailed on Dec. 19-20, 1606, with John Smith as one of the seven councillors. On May 13, 1607,” Jamestown was founded 40 miles (64 km) up the James River.

Algonkian Indians, however, had pushed down into the area long before, and their hereditary chief, Powhatan, was just then expanding his realm into a tidewater Virginia “empire.” The unwelcome English colony was resisted, raided, ambushed, and finally cajoled, in the hope that it would be abandoned. Smith, propelled into leadership by the colony’s mortality rate and the prevailing laziness, retaliated in kind. Though almost alone, he would not yield.

In December 1607, Smith and a handful of companions out exploring were ambushed by a band of Indian hunters under the leadership of a werowance (tribal chief) who was Powhatan’s half-brother. Smith was regarded as a white werowance, whose fate had to be determined by Powhatan himself. Impressed by Smith’s self-confidence, and invoking Indian custom, Powhatan decided to make a subordinate chief of him. A ceremony followed in which Powhatan’s daughter, Pocahontas, played an important, but unclear, role, and Smith was returned to Jamestown on Jan. 2, 1608, with a guard of honor. Such was the birth of the Pocahontas legend.

Near anarchy in the colony resulted in Smith’s election as president of the council the following September. Under his administration the settlement took better root. He strengthened defenses, enforced discipline, and encouraged agriculture. Changes in company organization in London, however, favored the return of factious elements to Jamestown toward the end of Smith’s term of office. This was the situation at the time that a serious gunpowder bum resulted in Smith’s sailing for England in the fall of 1609.

In London, Smith dedicated himself to propagandizing for Virginia, but his intransigence on matters of policy stood in his way, and he got no further commission from the Virginia Company. He did, however, obtain backing for a voyage to the Cape Cod region, which he named New England on his arrival in April 1614. In spite of the major cartographical and modest financial success of this voyage, Smith’s self-assertiveness stood in his way among the colonial entrepreneurs. Apart from an abortive return voyage to New England, Smith never went to sea again, although he continued to publicize his colonial convictions. The Pilgrims and the Massachusetts Puritans alike silently accepted his advice, and the government of Virginia eventually fell into a basic pattern not unlike that which he had proposed. Smith died in London on June 21, 1631.

Smith’s adventures, none too remarkable for his day, aroused much skepticism in the 19th century, particularly because his accounts of Pocahontas varied from volume to volume in his works. Where he had called her “the only nonpareil” of Powhatan’s country, legend soon made her his passion and even his wife, though she married John Rolfe. Some scholars then began to assail legend and history alike, creating a picture so confused that the factual Smith all but vanished. Later research, utilizing a broad range of sources and analyzing internal evidence, has disclosed a talented man whose career was impaired by maladroitness in his handling of personal relations and an inclination toward overreaction during adversity.

As a writer, John Smith, a contemporary of Shakespeare and Francis Bacon, apologized for his “owne rough pen.” Yet he left to posterity the earliest well-defined maps of the Chesapeake Bay and Cape Cod areas, the basic ethnological study of the tidewater Algonkians of 1607-1609, and an invaluable, if one-sided, contemporary history of early Virginia, along with the first published dictionary of English nautical terms. His Generall Historie of Virginia, New England and the Summer Isles (1624), an indispensable compilation of hearsay as well as history, includes most of his own earlier writings.

In short, Smith comes through as a sagacious strategist in handling the Indians, as a far-sighted colonialist in his plans for defense, as a settler alive to the art of survival, and as an administrator who knew that discipline is the key to accomplishment. He lacked only the talent to inspire confidence in the circles that could have backed him. Insights into Smith’s personality can be gleaned from his True Travels, Adventures, and Observations… 1593 to 1629 (1630) and Advertisements For the unexperienced Planters of New-England or any where (1631).