John Nance Garner; (1868-1967), American political leader, who was elected vice president after serving 30 years in the U. S. House of Representatives. Born near Detroit, Texas, on Nov. 22, 1868, Garner read law in Clarksville, Texas, and began practice in Uvalde, Texas, in 1890. He acquired the Uvalde Leader in lieu of a legal fee and his reputation as a newspaper editor led to his appointment and reelection as county judge of Uvalde county.

After two terms in the Texas House of Representatives, Garner moved to the U.S. House in 1903, serving until 1933. In 1931 he was elected Speaker. “Cactus Jack,” as his friends called him, was an expert at backstage maneuvering to get legislation passed. He often invited colleagues to his office where he applied persuasion and good whiskey, a technique he called “striking a blow for liberty.” 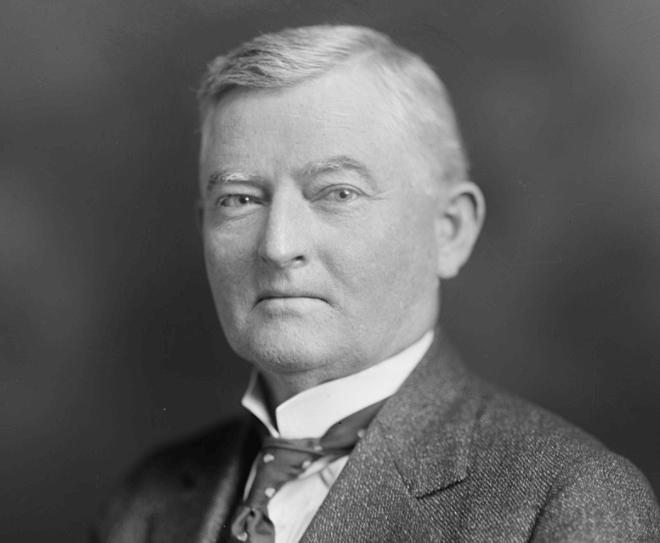 Garner might have been a serious presidential candidate had he not been so vigorously opposed by representatives of organized labor. Labor leader John L. Lewis once characterized Garner as “a labor-baiting, poker-playing, whiskey-drinking, evil old man.”

When he left Washington in 1941, Garner retired to Uvalde. He made and kept a vow never to go east of the Potomac River again. He died in Uvalde on Nov. 7, 1967.