Who is John Bardeen? Information on John Bardeen biography, life story, weorks and contributions to science.

Bardeen was born in Madison, Wis., on May 23, 1908. He received a B.S. in electrical engineering in 1928 from the University of Wisconsin where he continued doing graduate work in antenna radiation and geophysics. He followed his professor, L.J. Peters, to the Gulf Research Laboratories and there worked on the interpretation of magnetic and gravitational surveys. 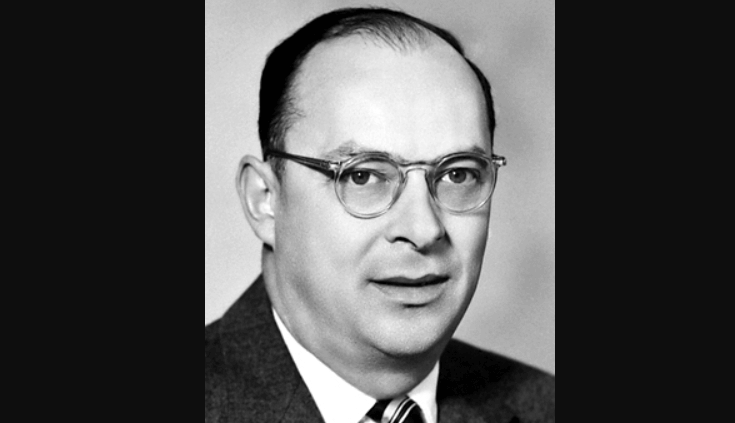 In 1933, Bardeen went to Princeton University to do graduate work in mathematical physics. There he became a member of the now famous group of students that studied solid-state physics under professor E.P. Wigner in the mid-1930’s. He completed his thesis (on the theory of the work function of metals) while a Junior Fellow of the Society of Fellows of Harvard University (1935-1938). He received a Ph.D. degree from Princeton in 1936. While at Harvard he worked with J.IL Van Vleck and P.W. Bridgman on cohesion and electrical conduction in metals. He was an assistant professor of physics at the University of Minnesota (1938-1941).

During World War II, Bardeen worked on the influence field of ships for application to underwater ordnance and minesweeping as principal physicist at the U.S. Naval Ordnance Laboratory. After the war he joined the solid-state research group at the Bell Telephone Laboratories where he contributed so essentially to the understanding of electrical phenomena in semiconductors. While he was there, he also started his work on superconductivity.

In 1951 he accepted a professorship in electrical engineering and physics at the University of Illinois, where with co-workers Cooper and Schrieffer he worked out the now famous “BCS” theory of superconductivity.. Their method of theoretical attack had veyy significant applications to other physical problems such as elementary particle theory.

Bardeen has published many papers in scientific journals. Three should be mentioned, all published in The Physical Review: “Surface States and Rectification at a Metal Semiconductor Contact” (1947), “Physical Principles Involved in Transistor Action” (1949), and “Theory of Superconductivity” (1957). He has received many honors in addition to two Nobel prizes, including the Fritz London Award (1962). He is a member of the National Academy of Sciences, and has served on the U.S. President’s Science Advisory Committee (1959-1962).