James Barron; (1768-1851), American naval officer, who was the central figure in a famous controversy in the United States Navy early in the 19th century. He was commissioned a lieutenant in the Navy in 1798, and in 1807 he was named to command the Chesapeake, with the rank of commodore. 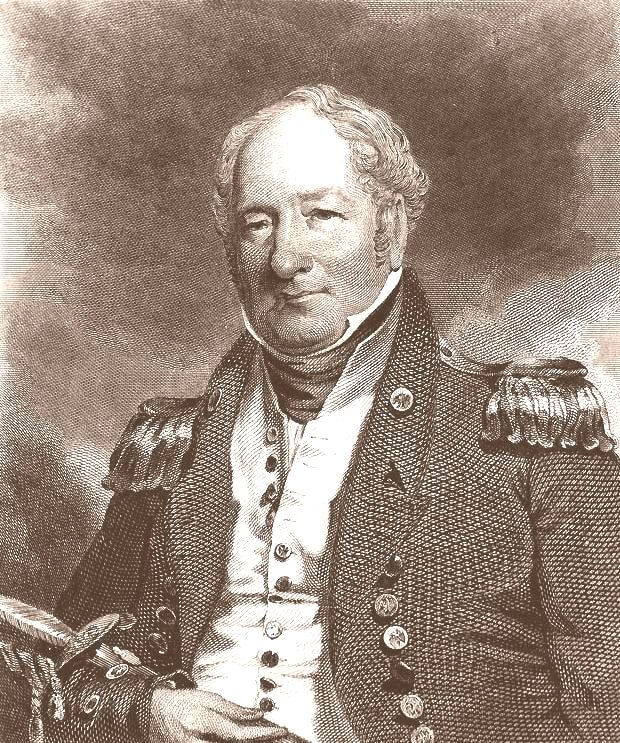 On June 22, 1807, when the United States and Britain were at peace, the Chesapeake was halted off Cape Henry, Va., by the British frigate Leopard. The Leopard’s captain demanded that Barron surrender four seamen who allegedly were deserters from the British navy. Barron refused, and the Leopard opened fire. The Chesapeake, which had just left port for a long voyage, was unready for action. Barron fired one gun and then surrendered his ship. It had suffered great damage. Three men had been killed and 20 wounded, including Barron. The alleged deserters were removed by the British, and the Chesapeake was allowed to limp back to port.

Barron was tried by court-martial. He was acquitted of cowardice but was convicted of neglecting to have his ship cleared for action and was suspended for five years without pay.

Restored to duty in 1813, he was denied a sea command and became convinced that several naval officers were conspiring against him. His enmity centered on Commodore Stephen Decatur, a hero of the Navy, who had sat on the court-martial. In 1820, Barron challenged Decatur to a duel and killed him. Barron remained on “waiting orders” for the rest of his life. He died at Norfolk, Va., on April 21, 1851.