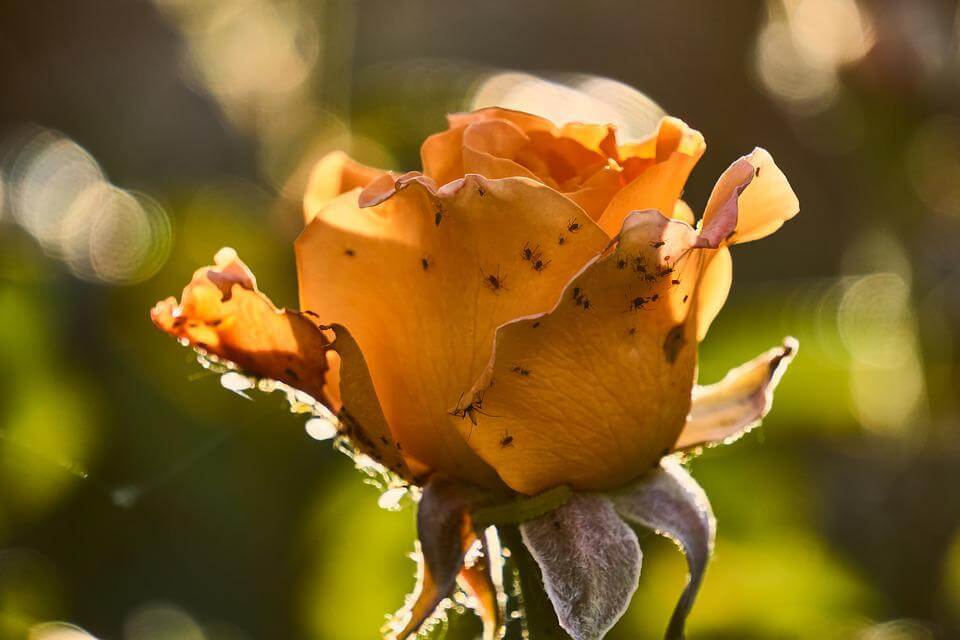 Wilt Diseases; diseases of plants resulting from the activities of pathogens that produce a malfunction of the translocation system of the stem. Externally the plants show yellowing of the lower leaves, flagging of upper leaves, and finally wilting of leaves and young stems. The leaves may flag or wilt during the heat of the day and recover overnight for several days before permanent wilting occurs. Stems of wilted plants when cut slightly above the soil line show a brownish discoloration of the vascular system. In trees this discoloration may be found in large branches below wilted twigs. This may occur in only one portion of the vascular cylinder and frequently extends up one side of the stem.

The true wilts are caused by fungi or bacteria growing within the xylem. In herbaceous and shrubby plants the organisms commonly occur in the base of the stem and upper root portions. In trees the organisms may grow in branches well above ground, especially in those cases in which the pathogen is introduced into the tree by insects during feeding or egg laying activities. The common wilts are caused by fungi such as the genera Fusarium, Verticillium, Ceratocystis, and by bacteria of the genera Erwinia and Corynebacterium among others.

Three explanations for the exact cause of wilting have been vigorously supported:

Losses from wilt diseases are usually progressive and may be as high as 90 percent. The agents are soij-inhabiting organisms that usually are only slightly reduced by rotations or other cultural practices. Control of the wilts rests on the use of clean seed, rotation, sanitation, and cultural practices that prevent the introduction and build-up of the pathogens. High grade resistance has been found and incorporated into many commercially acceptable varieties of plants. Soil fumigation to destroy the pathogens and control of insect vectors has been profitable in some cases.